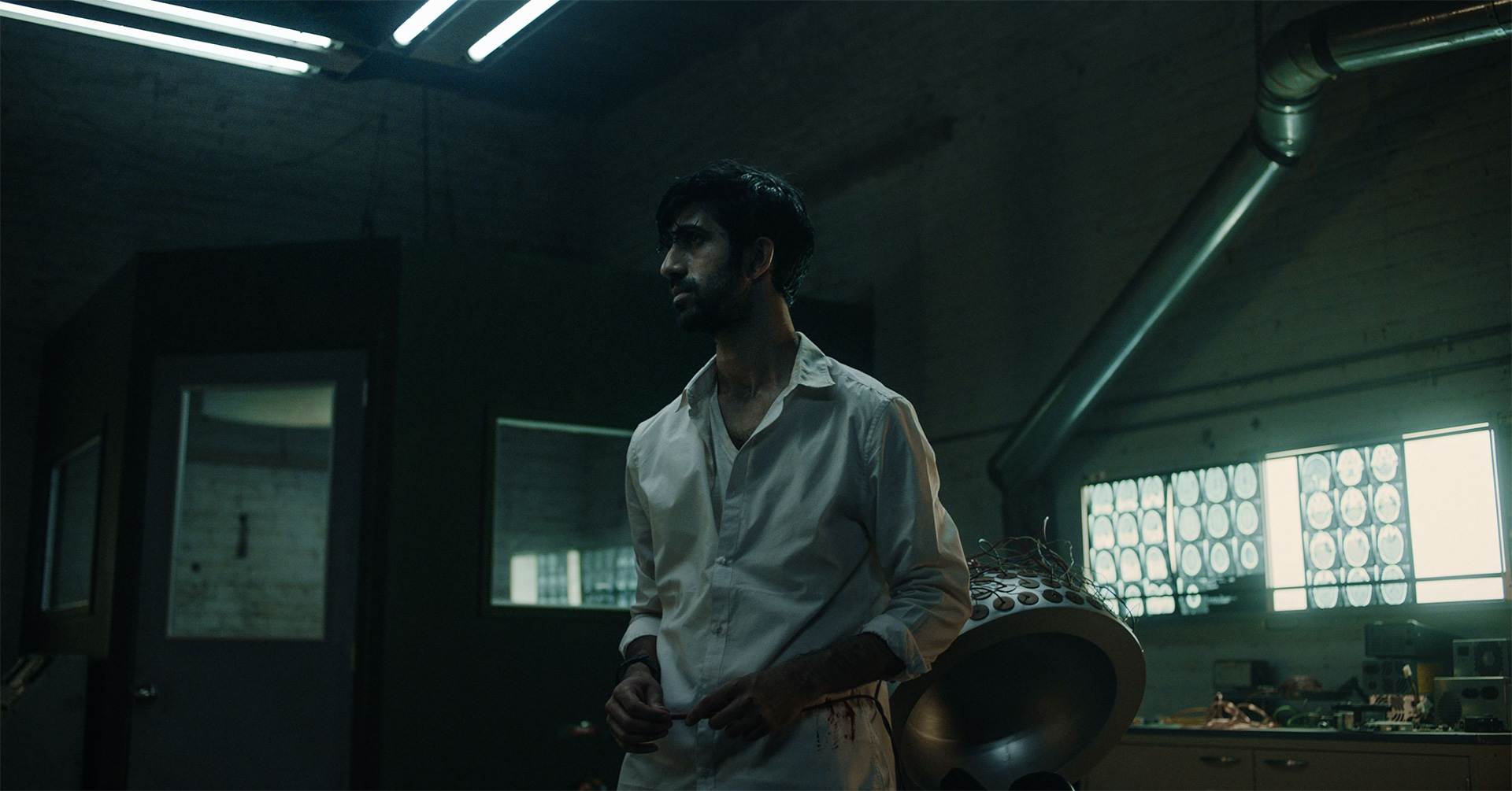 The most important memory for audiences to remember is the one Ethan (Sathya Sridharan) specifically tried to forget. His father (Nikolas Kontomanolis) is sitting at a desk telling him how things work in academia. Any idea, theory, or experiment that occurs in pursuit of a university-driven project belongs to said university. And since Paul is the head of the department, it all belongs to him. That’s not to say Ethan won’t get credit—scientific papers often have multiple authors and names listed below the person in charge. It merely confirms that he won’t receive all the acclaim. Nor should he. Whether Ethan cracked the case or not, the school has always been the catalyst. It’s their money that made it happen and the team that fulfilled its promise.

And let’s face it: the fact Ethan hasn’t forgotten that moment proves he hasn’t yet cracked anything. He’s close, though. He can feel it. Ever since coming back on-board the project after Paul’s death, he’s made it so the R10 version of his father’s R9 mind mapper can record memory imprints with clarity no one ever thought possible. Ethan’s belief is that the same emotional markers that fine-tuned these images might also serve as a roadmap through a person’s consciousness. Finding them means isolating them. Isolating them means manipulating them. Suddenly you’re able to erase trauma, subdue triggers, and reorganize brains to become their perfect version. With a little more time, Ethan could revolutionize our ability to overcome anything. Without it means cutting corners to do the same.

This is where director Eric Schultz and his co-writers Justin Moretto and Thomas Torrey introduce Ethan at the start of Minor Premise. He’s already failed to excise his father from his mind and is currently suffering from the consequences: blackouts. These aren’t the type where he faints and wakes up where the people who helped took him to rest, however. They simply steal time. He’s standing upright when consciousness returns—sometimes in mid-conversation with someone for whom he has no recollection of meeting. Schultz ensures we are as jumbled as his lead by escorting us backwards and forwards through memories and present-day actions with seemingly little rhyme or reason. All we know for certain is that the episodes are growing more volatile at the worst possible time.

Cue one of Paul’s journals showing up on Ethan’s doorstep without a return address and the reminder that Malcolm (Dana Ashbrook)—the man currently overseeing the project and the family friend who coaxed him back on—has scheduled a review board conference the next morning to discuss further funding. The latter means Ethan needs a breakthrough tonight and the former may actually contain the exact means to do it. So he punches in the formula, presses a few buttons, and sits in the R10 in order for it to suppress every section of his brain but his intellect. It would be the first step to unlocking the device’s full potential or a devastating setback that could kill him. The result ultimately lands somewhere in the middle.

The conceit for what happens next is riveting. Rather than suppress eight sections and augment one, Ethan accidentally fractures his consciousness into ten: one for each psychological element that makes us whole and an extra resetting to a default state of full cognition. Each “persona” receives six minutes every hour and all are blind to the others’ memories. So as Ethan Prime is skipping through time, so are his alter egos. Some have his best interests in mind, some are primal urges, and one might be a saboteur. With nobody to help him but his ex-girlfriend Alli (Paton Ashbrook)—who also recently rejoined the project—he has to figure out what went wrong and fix it before the damage occurring with each new cycle becomes irreparable.

Keep watch on the clock affixed to Ethan’s lab and the watch on his wrist because they will tell you all you need to know to get your bearings. The house becomes increasingly trashed, Alli becomes increasingly troubled by the potential fallout of being in the room with the “wrong” Ethan, and the playback of remote camera feeds becomes the key to piecing together what matters and what doesn’t. Eventually you have to question everything because there’s no telling if one version finds a way to push through into another’s window or if something was left out to compromise what one version was doing outside of the others’ views. More than a circle, things begin unfolding like a spiral down to a center where only one can exist.

It becomes a race against time and enemies with the higher functioning versions degrading faster than the purely emotional ones beholden to one-track minds. Will Ethan Prime win? Will Ethan Eight swoop in? Will Ethan’s Anger end up killing Alli before she can carry this project to its end point as the only person involved who has a complete grasp of every minute that goes by? We truly can’t know since the chaos gets crazier with each subsequent cycle due to extenuating circumstances that span the gamut between abductions and treachery. And through everything come glimpses of Paul—good times and bad. There are answers in those flashes both to repair Ethan’s mind and his soul once details about his and Alli’s relationship come into focus.

The biggest question, however, is what Ethan will do once he has them. Sridharan isn’t playing a character with Dissociative Identity Disorder. These fractured pieces aren’t operating with individual wants. They merely don’t have the others to mask and/or mitigate their singular desire’s pure form. This is a crucial distinction that allows Schultz to deliver on the promise of his film’s potential despite budgetary constraints and limited locations because it leaves the true intrigue to this central performance’s distillation of a single complex identity. What it is we want doesn’t always exist on the surface. It’s filtered through a mix of our anxieties, insecurities, and fears. Remove those walls and Ethan Prime might cease being the “real” Ethan. These painful emotions often save us from the monsters within.