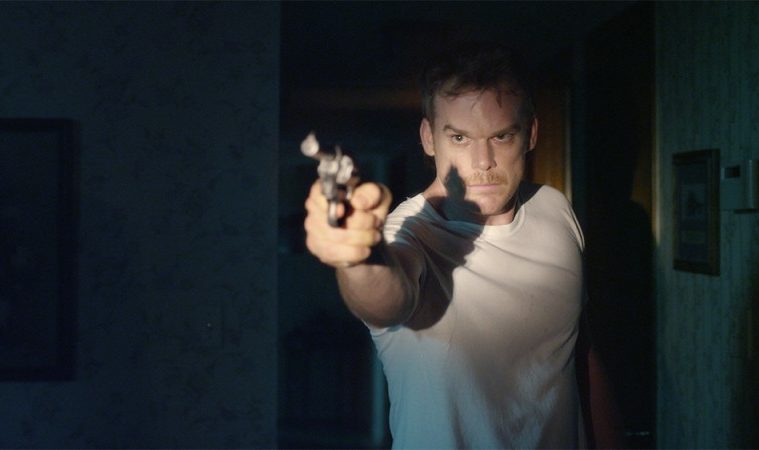 Michael C. Hall Reteams with ‘Cold in July’ Director Jim Mickle for ‘In the Shadow of the Moon’

Attention Dexter fans: After five years, Michael C. Hall is returning to the police force. The actor is set to lead In the Shadow of the Moon, an upcoming Netflix sci-fi thriller from director Jim Mickle, Collider reports. Hall will play a detective who is assigned to a murder case. With his partner, played by Boyd Hollbrook, they discover that their suspected killer isn’t who she seems to be, and a sci-fi element comes into play.

Michael C. Hall’s body of work has been multifarious to say the least. From starring as the titular role in Showtime’s Dexter for eight years, playing President Kennedy in an episode of The Crown, to starring in independent features Christine and Kill Your Darlings, it’s not necessarily easy to predict where Hall might show up next. With that being said, his reconnection with director Jim Mickle both intriguing and exciting. Hall played Dane in Mickle’s most notable crime thriller Cold in July. Along with July, Mickle has directed Mulberry St, Stake Land, and We Are What We Are – all showcasing his certain affinity towards the dramatic thriller genre.

Sharing the screen with Hall will be Boyd Hollbrook. Most recently seen opposite Hugh Jackman in last year’s Logan, Hollbrook has also starred in Netflix crime drama Narcos. Mickle will direct from a script by Gregory Weidman and Geoff Tock, two working TV writers with credits on Limitless and Zoo.

In the Shadow of the Moon will likely hit Netflix in 2019.