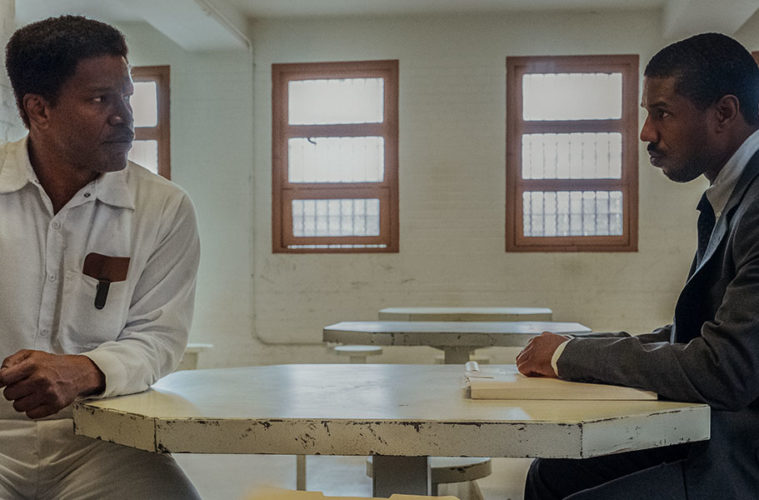 Michael B. Jordan Fights for Justice in First Trailer for ‘Just Mercy’

After his break-out drama Short Term 12, which featured some of the greatest early performances from today’s top stars, director Destin Daniel Cretton took a bit of a hit with The Glass Castle but he’s back in a big way. Before joining the Marvel universe with his Shang-Chi film, he’s helmed the biographical drama Just Mercy, which stars Michael B. Jordan as attorney Bryan Stevenson who represented Walter McMillian (Jamie Foxx), a man in jail for murder who is out to prove his innocence. Ahead of a TIFF world premiere and release in December, the first trailer has now arrived.

“What appealed most was being able to share Bryan’s inspiring story and shed light on those affected by the inequities and implications of our current criminal justice system,” Jordan told People. “It’s easy to ignore statistics; it’s harder when you put a human face to it. I hope that giving more context to something that’s been happening for such a long time and understanding that it’s still happening will give people a sense of appreciation for the freedom that we have, but also motivate them to demand answers for the injustices that are continually happening today.”

A powerful and thought-provoking true story, “Just Mercy” follows young lawyer Bryan Stevenson and his history-making battle for justice. After graduating from Harvard, Bryan had his pick of lucrative jobs. Instead, he heads to Alabama to defend those wrongly condemned or who were not afforded proper representation, with the support of local advocate Eva Ansley. One of his first, and most incendiary, cases is that of Walter McMillian, who in 1987, was sentenced to die for the notorious murder of an 18-year-old girl, despite a preponderance of evidence proving his innocence and the fact that the only testimony against him came from a criminal with a motive to lie. In the years that follow, Bryan becomes embroiled in a labyrinth of legal and political maneuverings and overt and unabashed racism as he fights for Walter, and others like him, with the odds—and the system—stacked against them.