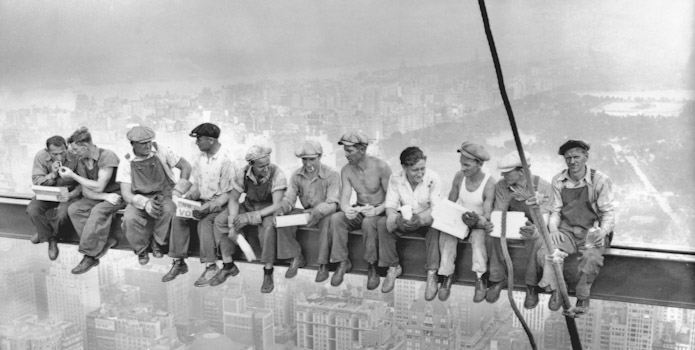 There’s been documentaries made about a vast range of subjects — from the entire world (in fact, one coming out this month) to a single person, even famous photographers — but Seán Ó Cualáin‘s latest work zeroes in on the single snap of a camera. Chances are you’ve seen the iconic above photo, “Lunch atop a Skyscraper,” taken on September 29th, 1932 upon the  RCA building (now the GE building) in Rockefeller Center, but now we dive as deep as possible into its history with a new documentary.

Men at Lunch, premiering at the Toronto International Film Festival, takes a look at the photo taken by Charles C. Ebbets, featuring the eleven construction workers taking a lunch break 800 feet above the ground. We’ve got the first trailer for the documentary below, which acts as a love letter to the Big Apple with voiceover, leading up the reveal of this photo. While it doesn’t seem too cinematic, it could serve as a fascinating look into a split-second of life. Check out the trailer below.