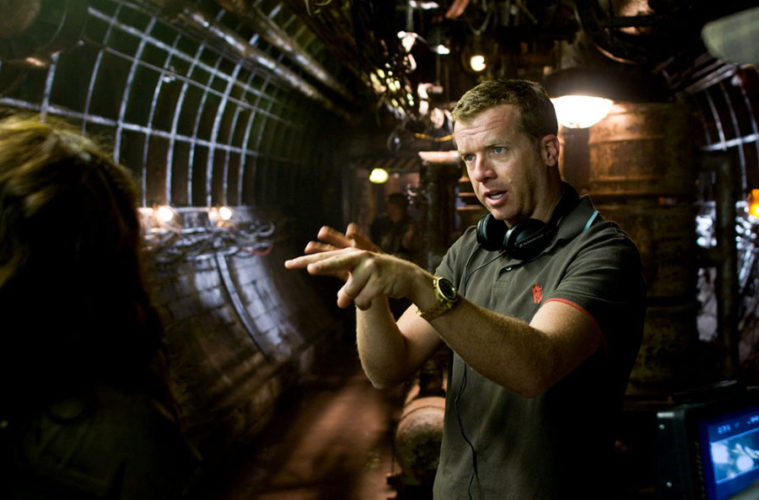 McG’s Next Film To Be ‘Die Hard’-Like ‘Puzzle Palace’ With McG‘s latest, This Means War taking fifth place in its opening weekend, the world breathlessly awaits the next batch of cinematic glop from everyone’s favorite hack. Luckily, The Playlist brings us news of what his next project is intended to be, a cop thriller called Puzzle Palace, as previously reported on.

Written by Safe House scribe David Guggenheim, Puzzle Palace is “tonally similar to Die Hard,” according to McG, and he had this to say:

The film follows “A kid who has to clear his father’s name by breaking into One Police Plaza in New York, which is the most secure building imaginable in a post-9/11 world. It’s a smaller picture, it’s designed for a [Ryan] Gosling [type actor]. It’s not as small and antithetical as ‘Drive,’ but it’s not a big giant over-the-top action picture, it’s meant to be a fun, intelligent action character study.”

It doesn’t sound bad on paper and since I’m one of the minority who really liked Safe House, I’d trust Guggenhein with the premise. If he was able to get Chris Pine and Tom Hardy, I wonder how realistic are McG’s chances of nabbing someone like Gosling, let alone the actor himself. We’ll have to wait and see who he has in mind. McG also shared details of another project he’s got in the pipeline, an untitled sci-fi film written by The Expendables writer David Callahan. The details on that one are being held under wraps, but McG went on about the “themes:”

“We just turned that script in,” he says. Claiming it’s his answer to “The Last Starfighter,” he says, “It’s in the spirit of a world where there’s unmanned aircrafts flying through Afghanistan. It’s almost as though kids who are wildly adapted to playing video games are better candidates to be pilots than the traditional Maverick archetype.”

If there’s anything from the 80’s that kind of deserves an update, it’s The Last Starfighter (it hasn’t aged well, but it was ahead of its time in predicting the video game culture’s dominance)… I’d rather see this kind of project in the hands of someone else, but it might be fun. McG went on to comment about the now-dead Ouija, based on Hasbro’s famous supernatural board game, and if you’re wondering if it will happen any time soon:

“Likely not. That was a big ‘Indiana Jones‘ look into the supernatural. Like, what if there was an ancient Ouija board where the reason we have a toy today is because it was based on a board that granted access to other side. But it was an expensive picture, and we never quite locked in the creative [element] with Universal. It just didn’t move forward.”

Oh, well. We’ll just have to settle for This Means War, which is now playing. Read our review here.

Do any of McG’s upcoming projects sound appealing to you? Would  you resurrect Ouija with a different director, or let that project remain in the realm of the dead?