Mayor Review: A Riveting Portrait of a City Searching for a Home 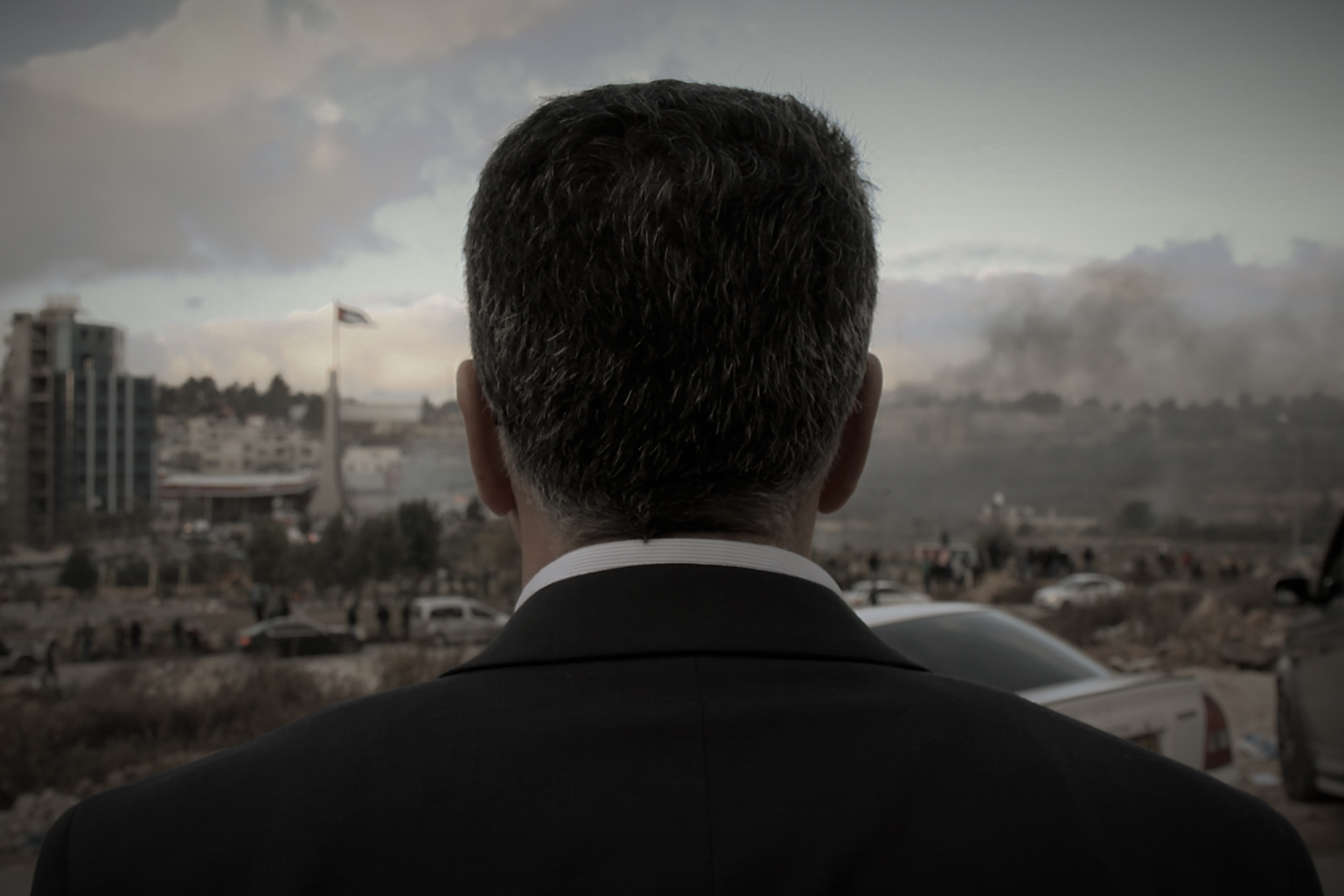 The reign of bigotry and terror from Donald Trump and his administration can often take the form of a myopic view for those in the United States, witnessing on a daily basis how the soon-to-be-ousted leader is further corroding the sharp political divide in his own country. However, the reverberations of his decisions, of course, have a global impact, and David Osit’s riveting new documentary Mayor shows how the President’s heedless actions have exacerbated long-held strife in Ramallah, the Palestinian city in the central West Bank located mere miles from Jerusalem. The ”city in transition” is led by Musa Hadid, a humble Christian mayor who deeply empathizes with his community as they are controlled by the Israelis and surrounded by their encroaching settlements. The threat against their livelihood reaches more peril when Trump officially declares Jerusalem as Israel’s capital in 2017, leaving Palestinians attempting to survive without a place to truly call home.

Free from talking head interview, archival material, and on-screen text or graphics detailing the situation, Osit’s documentary enters this story from a humanistic point of view as we are embedded in Hadid’s daily life and his tasks. Amongst discussions about city branding, planning the annual holiday show, school repairs, and even where to put a bathroom, we see how hands-on Hadid is as a mayor. As he traverses around his city listening and assisting people in need, he’s about as far from an ivory tower politician as one can imagine, directly answering queries and getting the job done from on the ground––as much as he can under occupation. With the constant threat from Israeli forces and no autonomy in sight, his job is exponentially more difficult than the standard politician who holds his title. Take, for example, when there’s a sewage back-up in their town. They need access to a nearby treatment plant, but since that is controlled by the Israelis, they won’t give their town access to fix the issue. It even took them 15 years to get a permit to bury their dead in a cemetery close by.

While there’s been no shortage of documentaries about the Israeli–Palestinian conflict, Mayor is relatively absent of heated discussions about the decades of conflict regarding religious rights and the persecution for the other side that follows. Rather, Osit skillfully places us in the shoes of those who have to live a life denied basic dignities. For Hadid, he certainly wants his people to find freedom and “not be treated as slaves to a master,” but it goes beyond the specific fight his community is embroiled in. When Michael Pence issues a statement that he wants to protect Christians in Palestine, Hadid imagines a larger picture of equality, simply saying he wants to protect all citizens under occupation. Emerging as an advocate of politics free from agenda and jingoism, Hadid’s modest affinity and genuine endeavor to fight for those in his community paints a portrait anyone in public office can strive to look up to.

While the film has earned comparisons to Veep and dark comedies of the ilk, it’s difficult to find much humor in a portrait of strife told with such an acute level of empathy. When Hadid tries desperately to get news from a TV, then the radio, then the newspaper because he was previously only getting global updates from the local priest, there’s a chuckle to be had at this peek inside bureaucratic innerworkings. But those feelings soon subside when the threat around Ramallah grows more treacherous. With incredible camerawork in a sequence recalling Children of Men’s attack from the forest, we are placed inside Hadid’s car as he’s making his local rounds. Soon, soldiers come down from the hills as the “kids” of Ramallah rise up to defend their country. Guns are fired as someone quips it “looks like a Barcelona match.” That this everyday conflict has become so commonplace as those involved are comfortable to make jokes about it in real-time, the result is more eye-opening than anything else.

In one of Mayor’s most probing sequences, Hadid pauses to ask Osit a question. “David, do you think people in America know what’s happening here? There’s so much we want to do, but can’t.” This convergence of ethnocentrism and egocentrism on the part of those looking in from the outside––if they are looking at all–is central to Mayor. When Germans come to town with an agenda to try and bring Israelis and Palestinians together, it feels as if they are reading off cue cards and not looking at the heart of those across the table. When Hadid visits the U.S., South Africa, Germany, and England in a montage to inform, wine, and dine politicians and receive potential aid, the lattermost country simply offers up an exchange of choir or theater groups to achieve the equivalent of cultural tokens. By immersing the viewer into Hadid’s daily life, Osit makes all the arguments he needs for the world to take better care of its neighbors and not simply check off pre-scripted boxes.

The ideal double feature with another film about a city hall this year, Frederick Wiseman’s documentary on Boston, Mayor intensifies such a career path, showing the inherent physical, emotional, and spiritual stamina required to run a municipality and provide basic human needs when one’s life is on the line every day. While the corrosion of Western influences in the town of Ramallah is clear from the beginning as Popeyes, Pizza Hut, KFC, and copycat “Stars & Bucks” signs flash on screen, it’s not just cultural identity that is being stripped away. The actions and inactions carried out by governments across the world have damaging consequences, and Mayor provides an entry point for empathy to lend a helping hand. Far from a message movie, David Osit’s sensitive documentary is a captivating, enlightening, and ultimately terrifying look at how to survive day by day when the fight for liberation can seem everlasting.