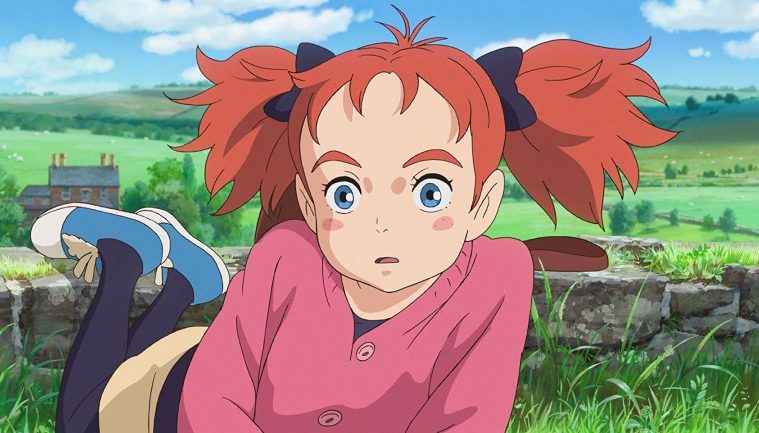 Mary and The Witch’s Flower, based on the 1971 children’s novel The Little Broomstick, is the first film from Studio Ponoc, a new Japanese animation studio founded by Yoshiaki Nishimura. Nishimura previously worked at the revered Studio Ghibli, where he produced The Tale of the Princess Kaguya and When Marnie Was There. To build Ponoc, he brought along other Ghibli veterans, including Hiromasa Yonebayashi, who helmed Mary. In his time as an animator, Yonebayashi worked as an artist on such films as Princess Mononoke, Spirited Away, and Ponyo, eventually progressing to directing The Secret World of Arrietty and Marnie. With the help of a translator, we spoke to Nishimura and Yonebayashi about Mary and The Witch’s Flower and their new studio’s growing pains.

The Film Stage: What made you pick this project as the first feature for Studio Ponoc?

Yoshiaki Nishimura: At the end of 2014, Studio Ghibli closed its production division, and we who wanted to continue making animated feature films founded Studio Ponoc. For the first film that we would make as a new studio, I wanted to make sure that we featured director Yonebayashi’s specialty, which he learned under director Hayao Miyazaki at Studio Ghibli, and which he then developed on his own: His ability to do dynamic action animation.

When Marnie Was There was a very quiet story of the internal struggles of a young girl. I thought that for [Ponoc’s] first film, it would be great if we could feature an energetic girl who moves around a lot, and then also use a lot of fantasy as well. And I thought this would be handled best by choosing a witch as the main character.

FS: Why did you pick The Little Broomstick as the source material?

YN: As a producer, I read many children and young adult books to try to find good subjects for film production, and a lot of those stories deal with magic and witches. In those, when the main character confronts a very difficult situation, they use magic to solve it. But in The Little Broomstick, the main character chooses not to use magic at that crucial moment toward the latter part of the story. She says, “I’ll open this door without using magic, no matter how long it might take me.” And I thought that concept would be a great one to make a film with.

Both director Yonebayashi and I, and other creators from Studio Ghibli, have now lost the magic of being at Ghibli, and we have to stand on our own two feet. So this concept relates to the fact that we hoped to be able to complete a film on our own. That was the original story that I took to director Yonebayashi.

FS: How much of the production process or style from Studio Ghibli did you retain, and how much did you invent on your own for this film? Was there anything you did which you might not have done at Ghibli?

Hiromasa Yonebayashi: Rather than saying that we had to have [something] look [a specific] way, I wanted to hear the opinions of and have discussions with the many different people who gathered to create this film. I think we were able to accommodate and take in those different aspects as well.

Background art is a very significant example of the kind of quality and taste that Studio Ghibli films have shown. When the production division at Ghibli was closed, we were concerned that all the background artists would scatter. Hideaki Anno, who has a company called Khara, the company Dwango run by [Nobuo] Kawakami, and Studio Ponoc all gathered together to create Dehogallery. It’s for background artists to have a company that they could work from. Mary and The Witch’s Flower is also the first feature film that Dehogallery artists have worked on.

FS: For the settings, especially the magical college, what influences were there on the designs, and what else shaped the style of the backgrounds?

HY: I wanted to make sure that the contrasts between the English countryside and the fantasy world was very clear. The countryside shows a great reverence for nature. We actually went location hunting in England, and I was very much educated by the plants, the clouds, and the houses, the interiors that we saw there. Those are the things that I think that gave a realistic and beautiful feel to the nature settings, the scenes in the red manor house, and other scenes in the “real” world.

For Endor College in the fantasy world, I wanted to make it a little bit more artificial-looking — for example, the garden in the courtyard. The colors are unnatural, and I didn’t want to have just one type of architecture. I thought we should mix up many different styles from around the world, because it is a fantastical place. It was difficult to think up and have all those different aspects all merge together, but that is the kind of fantasy world that I wanted to create.

FS: What guides the designs of the fantastical characters, like the shapeshifting servants or transformed animals?

HY: It was interesting and fun to create all the different fantasy land creatures. It was an enjoyable task. [The servants] are gray and have holes in their chest areas. It shows that they are kind of like robots, without any heart. They act as subordinates, only doing others’ bidding. But I didn’t want to make them look too menacing or serious, so I made them a little bit comical. Similarly, the transformed animals were poor innocent animals that have become laboratory experiments. I wanted to have them be a little sad-feeling, rather than be weird and scary.

FS: Did you encounter any significant difficulties as a brand-new studio?

HY: Many animators and creators who worked on the film were also people who had been at Studio Ghibli, and I was able to use their talents and specialties because I knew what kind of work each of them was capable of doing. We also had many people who were not former Studio Ghibli staff. Their ways of showing movement and expression are mixed in with the Ghibli heritage. I consider this [project] an accumulation and an addition of abilities, which made the film much richer than it might have been otherwise.

Mary and The Witch’s Flower screened at the Animation is Film Festival and opens on January 18, 2018 where a special Fathom Events screening will be held, followed by a roll-up starting January 19.