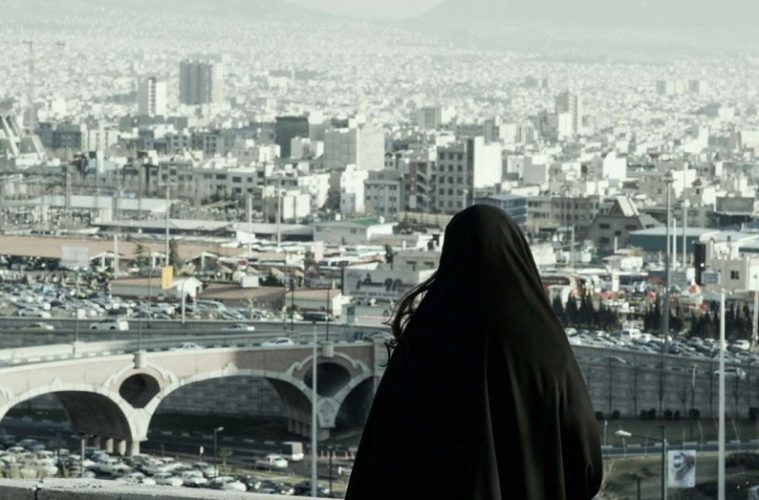 Rarely do films highlight the nuances of a guarded society so efficiently that it, in turn, gives one a wholly new perspective on the culture of a country. Such is the case with Paradise, a fascinating and intimate examination of the Islamic lifestyle in Iran, specifically as seen in a school for young girls. The film tackles many controversial issues surrounding the religious obligations of women, who, according to the Quran, must follow strict rules about covering up their faces with a hijab in order to not be sexually desired in public places. This creates an atmosphere where women become subservient to their male counterparts while, in many circumstances, demeaning their social status as human beings. Paradise is not afraid to confront these religious archetypes head-on and provides a provocative insight into those who question their Islamic obligations.

In centering on Hanieh (Dorna Dibaj), a 25-year-old woman who recently lost both her parents in a car accident, Paradise follows her reluctance to fully embrace duties as a school teacher. She commutes tirelessly to the school she’s been assigned to and is frequently scolded by her elders for being too lenient when it comes to enforcing their Islamic rules. It’s immediately clear that the way these young girls are being indoctrinated is a point of contention for director Sina Ataeian Dena, who uses Hanieh as a dramatic foil for this conventional life. One of the first shots of her shows her standing on a cliff overlooking Tehran while a few strands of hair dance in the wind, escaping the imprisonment of the hijab — a clear metaphor for the dichotomy of thought that our young protagonist presents.

In addition to the ritualized daily life of the school girls is a somewhat undercooked suspense element revolving around a mysterious man kidnapping female students on their way home from school. It serves more to underscore the fact that woman are sometimes treated as objects and that men in this society feel entitled to take what they want. To contrast this darker side of the narrative is the natural beauty of childhood, as the young girls are often shown embracing their inner joys of youth despite being reprimanded. One particularly moving montage is set during a bus ride with the schoolgirls who dance effervescently to the sounds of pop music. All of this is further elevated by extremely high production values, including stunning cinematography that often empathizes window sills, mirrors, and hallways.

As with watching a delicate tapestry being woven, its full picture never comes fully into focus until the final moments. This, primarily due to the fact that the film is presented in a fragmented narrative style, bouncing around in time and sometimes, seemingly, at random. That bold editing choice give this film a slow-burn quality, keeping the viewer on their toes and forcing them to unravel the different disjointed timelines to make sense of the story. With this approach, Paradise is a haunting experience, uniquely showcasing the day-to-day life of the Iranian people while underscoring distinct differences between the male and female experience.