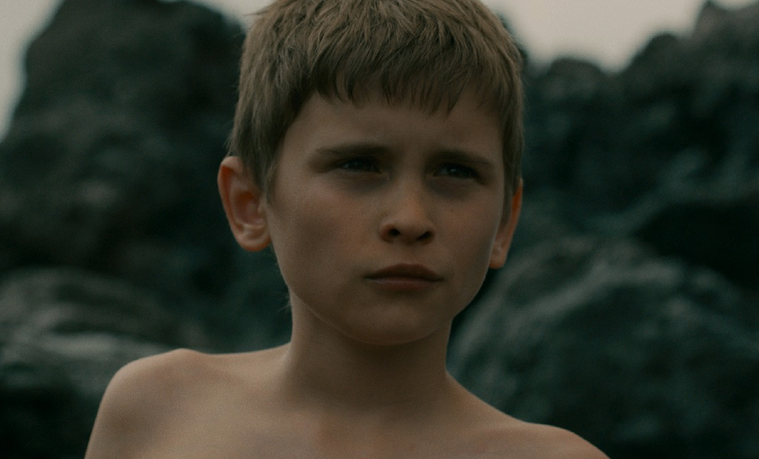 After directing Marion Cotillard in Innocence and working with Gaspar Noé on Enter the Void, writer-director Lucile Hadzihalilovic is returning this year with her new film, Evolution. Debuting at TIFF in the Vanguard section, the film stars Nicolas (Max Brebant), a ten year old boy living on a remote island that is solely inhabited by women and young boys.

Roxane Duran and Julie-Marie Parmentier also star as inhabitants of the mysterious island. All of the boys are subjected to strange medical treatments and Nicolas becomes determined to find out exactly what his mother and the other women are up to.  The first mysterious teaser has now arrived and can be seen below, and one can return for our review.

A young boy living in a mysterious, isolated seaside clinic uncovers the sinister purposes of his keepers, in this exquisitely shot blend of body horror and surreal fantasy from director Lucile Hadzihalilovic (INNOCENCE). Ten-year old Nicolas lives an austere and isolated life with his mother in a remote seaside community populated by women and other little boys about his age, but seemingly devoid of adult males. In a hospital overlooking the tempestuous ocean, the boys are all subjected to regular medical treatments – or, perhaps, some mysterious experiment. Only Nicolas seems to question what’s happening to him and his friends. He finds an unexpected ally in a young nurse, Stella, whose kindness is a break from the severity that all the other women seem to reserve for their young charges. Increasingly suspicious that his mother and the nurses are lying to him and that something ominous is going on, he follows the women at night, determined to find out what they are up to. What he discovers on the beach signals the beginning of a nightmare from which he’s helpless to escape. Influenced by H.G. Wells’ The Island of Doctor Moreau, this mesmerizing film approaches the concept of evolution from a truly unique perspective.

Evolution opens in early 2016 via Alchemy.