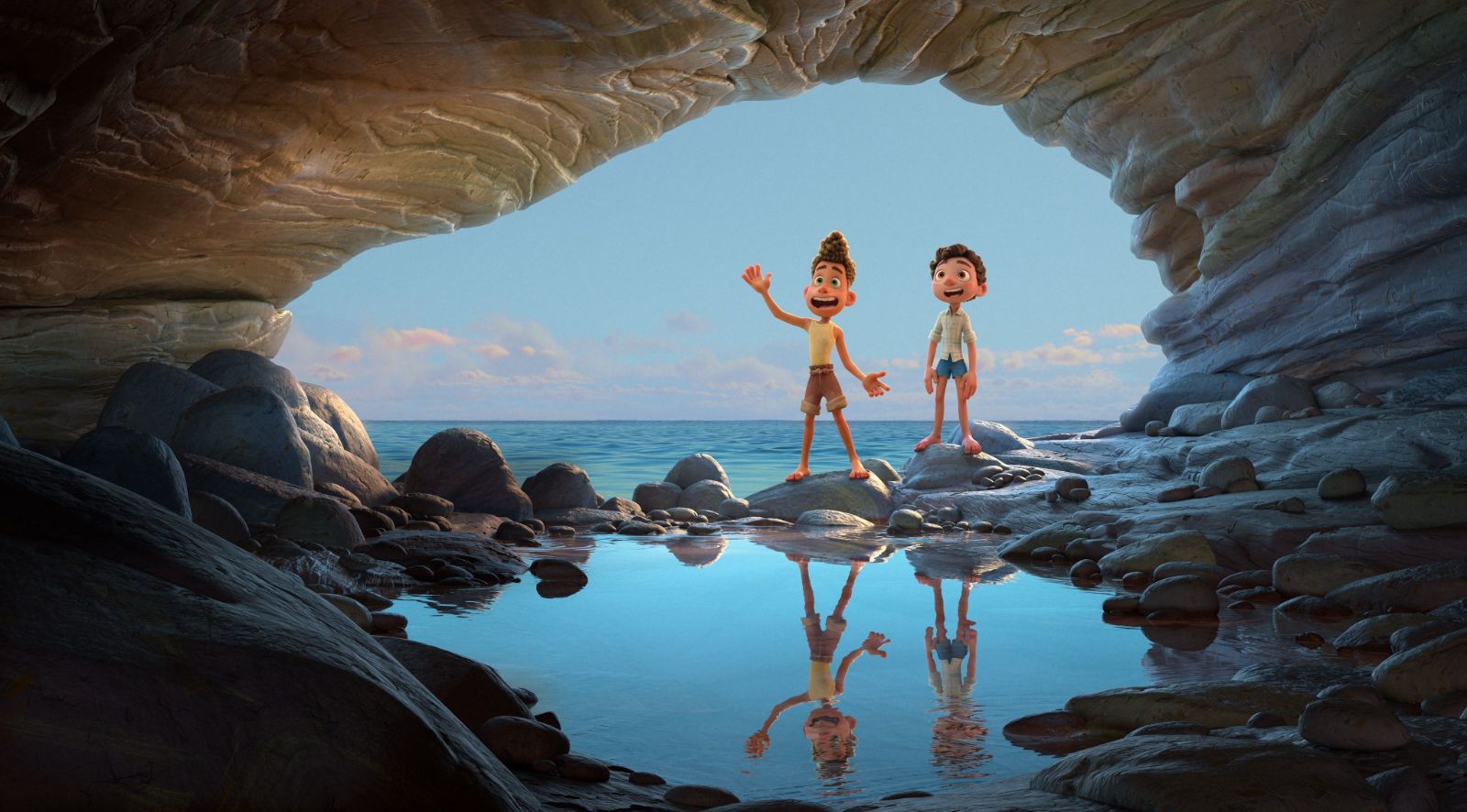 The wonder of childhood is in the newness and possibility of everything. Without the biases and preconceptions we build up as we grow, the world of a child is one of boundless potential. Everything is a mystery, and in the unraveling of those mysteries one becomes a grand adventurer, a noble explorer. The very basic tenets of the world, what as adults we might consider to be almost genetic knowledge, to a child are grand revelations that open many more doors of inquiry and insight and belief. Not only that, but every friend you make is the truest and most amazing person in the world, and every enemy is the most evil and cunning. There is an operatic grandiosity to childhood––one that only increases if you happen to be a sea monster masquerading as a human in order to win a vespa to escape your overbearing parents.

While that may not sound like a wholly universal or relatable circumstance, it is in fact the premise of Luca, the newest film from Pixar Animation Studios. Luca (Jacob Tremblay) is a young sea monster who longs to explore but has been instilled with a deep-seated fear of almost everything by his overbearing mother (Maya Rudolph) and distracted father (Jim Gaffigan). However, one day Luca meets Alberto (Jack Dylan Grazer), another sea monster who has unprecedented independence and introduces him to the wonders of land life (when the sea monsters dry out they resemble humans, a trait used to wonderful comedic effect throughout the film). When Luca’s parents decide they have to protect their boy by sending him to the bottom of the ocean to protect him against his new land obsession, Luca and Alberto run away to the “land monster” village of Portorosso, where they befriend Giulia, a spirited fishmonger’s daughter, and hatch a plan for escape.

Directed by Enrico Casarosa, who previously helmed the charming Pixar short La Luna, Luca is a film soaked in nostalgic affection for the Italian coast, awe for the empowerment of knowledge, and love of the power of family, whether born of blood or choice. Yet, in spite of these more complex themes and the possible darkness inherent in the idea of a pair of sea monsters living amongst people in a town filled with a grand tradition of sea monster hunting, this might be Pixar’s most childlike and cartoony offering.

This is not to say that Luca is purely a kid’s film, or is lacking in the sophistication of story and technique that discerning audiences might expect from Pixar. While the computer-generated animation doesn’t strive for the realism of Toy Story 4’s rain or the impressionistic style of Inside Out or Soul, the simplicity and elasticity of the aesthetic is perfectly suited to both the unhinged joy and heartbreaking sadness of its tale. The characters’ postures and expressions shift more dramatically with each moment and change of circumstance, exaggerating the emotions and the comedy to outstanding effect. Jesse Andrews and Mike Jones’ script, with all of its wit and perfectly interwoven story threads and running gags, bears all the hallmarks of the best of Pixar’s story trust.

The best example of this is the use of the Vespa as a stand in for Alberto and Luca’s dreams. Introduced as a simple gag––who wouldn’t laugh at two young boys unironically calling a Vespa the greatest invention ever––the Vespa soon grows in the film’s lore from joke, to metaphor for independence, to MacGuffin, to symbol of friendship, and then all at once. It’s the kind of “every part of the buffalo” storytelling we expect from Pixar, and it’s glorious to behold.

On the brink of summer following over a year of quarantine and sacrifice, when the world shrunk for most people and where many people allowed themselves to become their own overbearing, overprotective parents, Luca could serve as a guidepost for people concerned about re-entering the world. It may be scary and uncertain beyond one’s front door, but the riches of experience and knowledge are worth the risk and the bonds with those you love can fight the fear. It’s the kind of lesson that parents won’t mind learning over and over again as their kids plead for repeated screenings––made even better because of the boundlessly entertaining story that surrounds it.