Luca Guadagnino Talks We Are Who We Are, Loving Your Actors, and the Suspiria Sequel That Won’t Happen 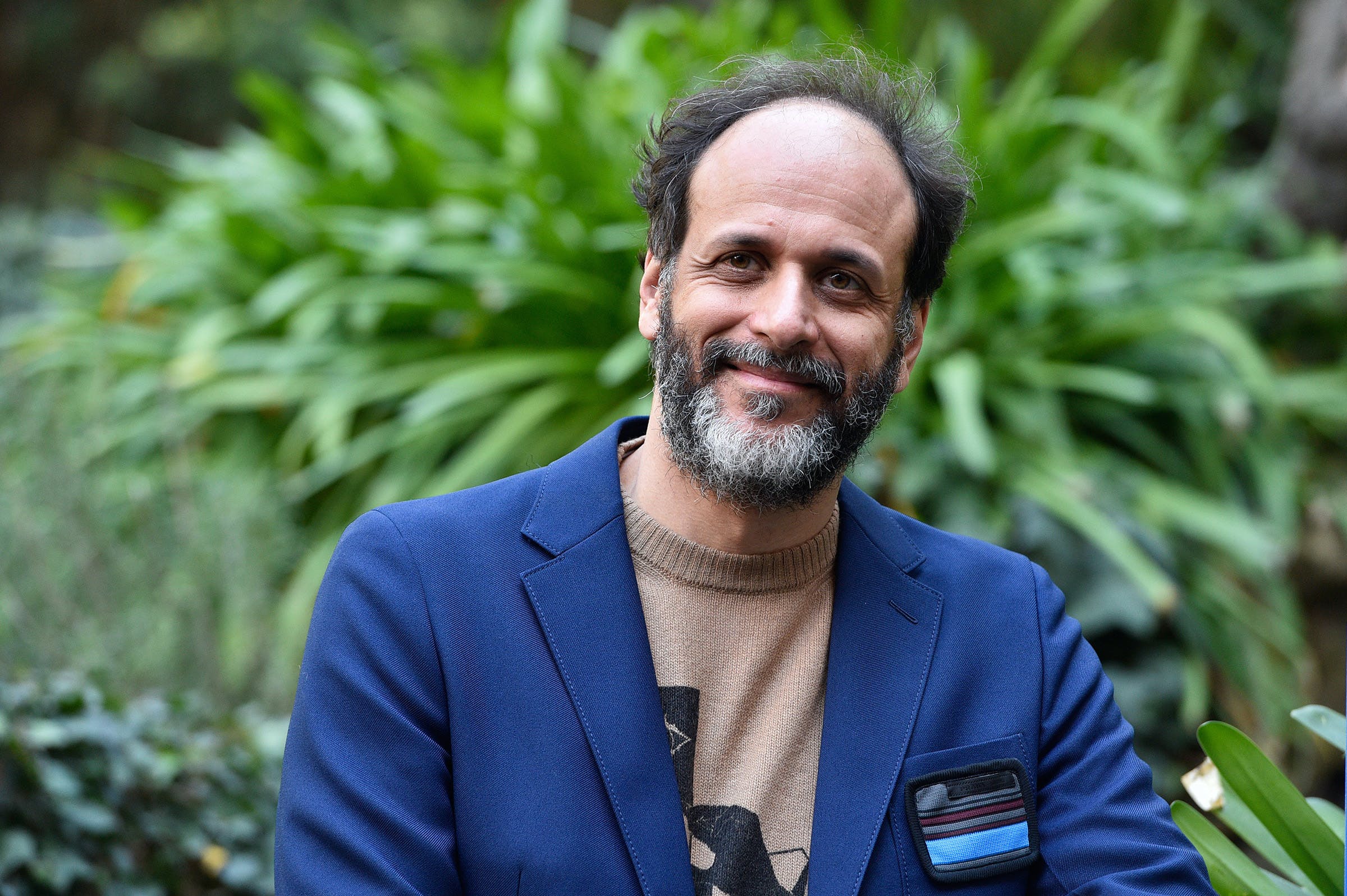 The first season of We Are Who We Are, Luca Guadagnino’s first television show, just wrapped; all eight episodes are now available to stream on HBO Max. The series follows American 14-year-olds Fraser (Jack Dylan Grazer) and Caitlin (Jordan Kristine Seamón) who live on an Italian army base during the 2016 election. As a frisson of cultural fracas spills over, Fraser and Caitlin liberate themselves from the noise. The supporting cast includes substantial performances from Chloë Sevigny, Kid Cudi, Francesca Scorsese, Tom Mercier, and Alice Braga, making it one of 2020’s best series.

We spoke with Guadagnino about the personal importance of places his series in 2016, what it means for him not to judge characters society calls deplorable, Luca’s refusal to storyboard, and the status of a sequel to Call Me by Your Name, along with ideas for Suspiria: Part 2 (spoiler: he never expects to make it).

The Film Stage: Why did you want to tell this saga about youth and identity with recent history as the backdrop?

Luca Guadagnino: I started the conversations on making a show with Lorenzo Mieli, who produced it, and who has produced many great TV shows. He came to me and wanted to check my interest in going deep into a story that could be paraphrasing the movie Boys Don’t Cry, which was about gender identity and the drama of it, and dealing with it, particularly in suburbia. That first conversation with Lorenzo made me realize that more than exploring the dark twists and turns of the process of self-expression, like finding your gender or fighting the bigotry around you, I more was interested in trying to understand the behavior of people entangled in each other’s arms and at the same time in the present.

So I was more interested in behavior than in a topic. In that conversation, and in the following ones with writers Paolo Giordano and Francesca Manieri, I told them that what was important was the idea of behavior and the world in which we wanted to set this story. I had this idea of a military world because I had always felt that to control the environment of your stories—even if they may seem narrow or very specific—it’s, in a way, a possibility for controlling the narrative and creating something universal. That’s how things evolved from one conversation to another. That’s how we ended up having the show.

You also ground the story in America’s 2016 election. Why did you choose that era?

I shot Call Me by Your Name and Suspiria in 2016, so you may appreciate that it’s a very important year for me. My instinct went there because of it. In general, it’s also to have a little, let’s say, distance for a story that is contemporary and so it’s very important. You can contextualize that material with knowledge. So part of it was: I wanted to shoot something set in the year I made those films, but it was also the year of the election. It was the year the actual unraveling of this very severe division in American society began to explode. That’s how I see it retrospectively. But I would like the audience to make up their minds. I like that the characters in this show are experiencing the present and reality around them in many different ways. Some are using it, some are frustrated until they’re out-of-sync, and some aren’t dealing with it because they don’t care.

What is true is that the symbol that Obama was, and is, has been shattered by this brutal awakening that was the Trump election, which hopefully can be changed. But it’s important to say I also don’t judge my characters in general. Trump, to me, symbolizes something I know very well, and that’s a plutocrat and showman and a failure who narcissistically wants to be loved and adored. I don’t want to get into being preachy. I don’t judge which of my characters might support him or not. We have characters that are from every field, from everywhere.

How did you bring characters to life out of this controlled idea of people being wrapped up in the circumstances you created?

Well, you must know something: when I start thinking about my casting with my casting director—in this case Cameron Cuba—and with my producers, my collaborators, with my friends, with my loves, I feel always, in a way, like someone who is adrift in the middle of the ocean and who will basically think and feel lost at not finding terra firma. But suddenly terra firma shows up, in the body, in the face and the voice of an actor. With the synapses making connections with your own loves. One moment of terra firma is when you see on a self-tape Jordan Seamón and you think, “Oh my God, I never thought that I would be able to find Caitlin,” but Caitlin is there. Jack Dylan Grazer, who I had already loved since I saw him in Beautiful Boy and Shazam, and we met him and I felt, yes, this is Jack.

Then, one day, you might be thinking of your Sarah and you have a very strong memory of an actress that you love, like Chloë Sevigny, and you check if she’s available and yes, she’s interested, so you talk to her. You need to have all your pores open to absorb everything that can help you in giving embodiment to these characters to go to the next phase. I’m lucky because I have been blessed by this incredible cast. This is really an incredible cast. At the same time these people are giving to the show everything they can. They are so thoughtful and deep.

Fraser and Caitlin do have this wonderful chemistry because they allow the appearance that they’re dating when they’re not, but the relationship cultivates and brings out each other’s queerness.

Chloë Sevigny described you as a spontaneous director who shows up without storyboards and structured scenes on set. Is this your technique or was it special to the show?

I feel shy because I feel naked in front of you, talking about how I shoot my movies. The truth is I learned quite soon that I am not the kind of person who is very helped by having storyboards. There are filmmakers for whom I have great admiration who storyboard everything they do. I find the process very frustrating and quite limiting. I have a shot list in my mind, and I can discuss a shot list with my DP. But I don’t care because the most important thing is to find the movement within the frame with your actors and the characters’ expressions so you can be fully and honestly sure you’re telling the story in the spirit of the character. Then you have to find the only place for the camera that is right. So my approach is highly visual, deeply cinematic in the sense that it is through the process of making the movie with a camera but I believe that the movement within the frame is as important as the framing.

I think the art of what you can put in front of your camera, and how people move in front of it, is incredible. I was recently rewatching a sequence from Merry Christmas, Mr. Lawrence. It’s the moment where Major Celliers, played by David Bowie, kisses the captain of the Japanese camp where he’s captured. If you see the sequence, you see how director Nagisa Ōshima has put all his actors in the frame and it’s so meticulous. It’s so incredibly perfect. That’s so difficult. Anybody can make a camera swirl, everyone can do that. When I hear people say, “Oh, he shoots very well,” because the camera is maybe constantly moving or whatever, my heart shrinks a little bit.

The fourth episode opens with a playful fight between Harper and Fraser’s friends. It’s in slow motion and set to a booming symphonic score. Will you talk about composing this scene?

That was an interesting moment. [Laughs] I had this in mind for a long time that I wanted to perform “Short Ride in a Fast Machine,” this great symphony by John Adams. I was asking myself, “How can I get away with murder?” with HBO and Sky Atlantic. We did it. It took a long time to choreograph my wonderful cast. When I said cut, I went to the editing room and put the music to it; the timing was perfect. And HBO loved it!

There’s been a lot of chatter concerning possible sequels to your work. Will there be a second season of We Are Who We Are and are there still plans for a sequel to Call Me by Your Name?

Well, I’ll tell you something, Suspiria was originally titled Suspiria: Part 1 in the script and in the slate. That’s true.

How? How, my dear? The movie made absolutely nothing. It was a disaster at the box office. I know that people are liking it more and more now. I loved making that movie. It’s very dear to me. But writer David Kajganich and I had really conceived it as the first half of a bigger story.

Sequels are an attitude of the soul. You want to do things because you want to spend time with people that you love, the actors you love, the writers you love. On this show we’ll see and on Call Me by Your Name there will be more stories we can tell about Elio and Oliver. But with Suspiria, I can tell you that in part two the storyline was layered in five different time zones and spaces. One of these was Helena Markos being a charlatan woman in the year 1200 in Scotland and how she got the secret of longevity.

We Are Who We Are is now streaming through HBO.