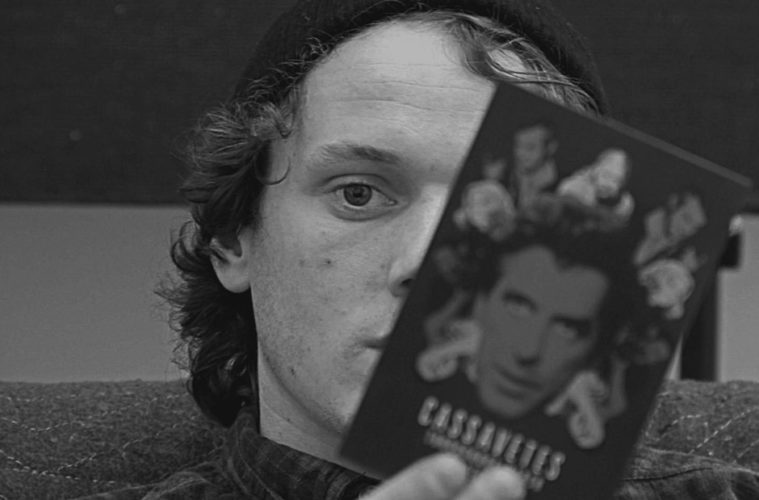 ‘Love, Antosha’ Filmmakers on Celebrating the Life of Anton Yelchin

Garret Price: I think Martin Landau said it best: we live in a world that moves on very quickly. We didn’t want Anton to be forgotten. We wanted to get it out as soon as possible.

How did Nicholas Cage get involved in narrating Anton’s diaries?

Price: As I discovered I wanted to frame the film with Anton’s words, the letters to his mom, I knew I wanted Anton’s voice out there in his writings and I asked Irina, his mother, if she could recommend someone with gravitas, but also someone who was emotionally connected with Anton and who wasn’t already a talking head in the film. The first person she mentioned was Nic and it was perfect. Their careers are kind of similar and I think Anton became kind of a Nic Cage’s in his career and it was perfect. We reached out to Nic and he was on board the moment we called. They did Paul Schrader’s film Dying of the Light together. We went up to Las Vegas spent a day with him and he was, it was very emotional for him. He cared greatly for Anton.

One of the last lines that Cage reads in the film, it sounds like he’s choking up.

Price: Absolutely. How did he describe it… it was a very verklempt experience for him. He would just stop in the middle of his recordings. He got choked up many times reading Anton’s words. It was a really profound experience for him, for all of us.

Aside from the work of putting together his diaries and stuff from his parents, this seems like a massive undertaking because you had so much behind-the-scenes footage from most of his movies.

Price: I had a great team of assistant editors and researchers with me and everyone wanted to give whatever they could to help this project come about. So many people really cared for Anton. I’m talking studios, independent films, producers, directors. Whatever we needed, they would go above and beyond to get us material. It’s pretty remarkable. To the credit of Anton’s parents, after he passed, they started gathering and archiving this material with the hopes of one day finding a filmmaker to tell the story. I’m an editor by trade before this and so to have all this material in my hands to shape this story was more than I could ever ask for.

How did this project start for you?

Price: I’ll let Drake answer this one because that’s where it started for me.

Drake Doremus: The Yelchins’ reached out and wanted to make a documentary and I felt I was a little too close to Anton to really look at the film from an objective point of view. I went to film school with Garrett seventeen years ago and he’s a great documentarian and this would be a great directorial debut for him.

Working with his private diaries and behind the scenes footage, how would you describe Anton’s public and private self?

Price: I don’t think there was any difference at all and that’s what made him so special. You know, he was the same with everybody.

Doremus: He was very open and honest in his work. He constantly searching for meaning and digging deeper into everything and every interaction trying to find the truth in everything. If there’s anything he kept private it was his cystic fibrosis. I knew him for years and I never knew that. He just coughed all the time and I had no idea until he died what he had. But he didn’t want people to feel sorry for him, honestly.

There’s a line in the film where Anton’s mother says, “We have to believe acting is the best medicine for him” and because you know he accomplished so much work in his short life, Drake, will you elaborate on how that manifests in the work you’ve done with him?

The film highlights how great Anton was at analyzing film. Is this something he picked up by watching movies?

Price: I think his parents ingrained the power of cinema at an early age and he just connected to. Once he was hooked, he was hooked. He wanted to learn everything and anything about cinema and filmmaking. It’s remarkable. He puts us to shame.

Price: It was incredible working with Anton’s parents because they gave me complete autonomy to tell Anton’s story. I’ve done projects where the estates or families are involved and it’s a little more difficult. You want to show both sides of the coin, warts and all. It humanizes, people relate more to your subject and this is one of those areas of his life I could show things people weren’t expecting in a film like this. But again, people relate to those darker parts of humanity–if you can even call that dark. Anton just loved exploring and loved people and their stories and it was just part of it all.

Were there any narrative threads you wanted to include but they didn’t fit?

Will you talk about his parents attending the world premiere screening at Sundance?

Price: Yes, and they both received a standing ovation when they came on stage. It was really an emotional, incredible moment. Having been here six or seven times, it was one of the most amazing things I’ve experienced here.

How did his parents react to seeing the movie?

Doremus: The film’s not bringing them any closure by any means. It’s something they deal with on a daily basis, but I think sharing their son’s story and sharing his life and inspiring others, helping others and setting up a foundation to help others. All the things they’re doing gives them a purpose in life and that’s what’s so great about the film: it’s a tool for them to be able to spread that message.