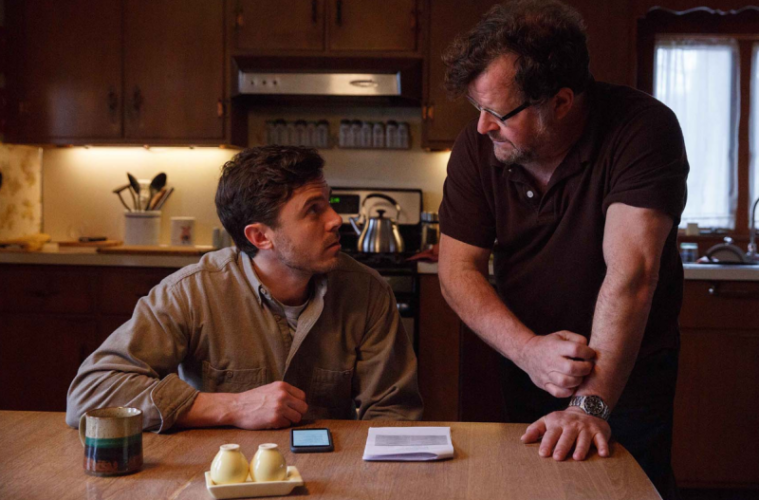 Starting today, one can see the year’s best film thus far, if you’re in New York and Los Angeles. Expanding in the coming weeks, Kenneth Lonergan‘s third feature, Manchester by the Sea, is a deeply affecting emotional odyssey and has firmly stuck with me since seeing it around 10 months ago. With the film, which features Casey Affleck‘s finest performance yet, now finally out in theaters, today we have Lesley Barber‘s beautiful full score as well as hours of talks with its creators.

“I think when I was choosing the music, a lot of it was about performance style,” Barber recently told us. “Once I had my themes established, for instance, when I was working with the orchestra, I wanted a very specific sound — sort of the surface of the ocean, but all this tension underneath, and kind of overwhelming darkness that comes across as light. A weight, but lightness. It was very intuitive, but, at the same time, when I was working with the string players, it was to get the right sound — so it was just on the edge of something happening, but not quite. That worked really beautiful with the exterior shots.”

Check out the full score and extensive talks below.

Manchester by the Sea is now in limited release and expanding in the coming weeks.