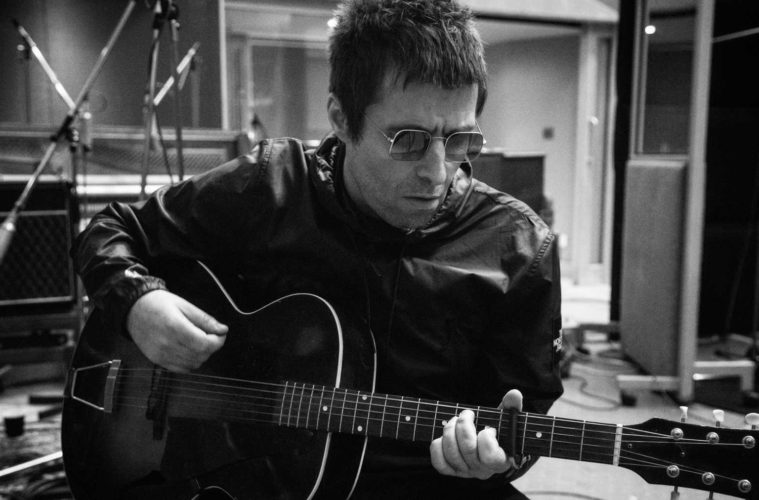 ‘Liam Gallagher: As It Was’ Review: A Riveting Portrait of a Delightfully Volatile Artist

“Antagonistic. Super sensitive. Impulsive. Very arrogant at times. Fearless. And more ambitious than he thinks he is.” This is how Debbie Gwyther, Liam Gallagher’s manager and girlfriend, describes the former Oasis frontman in the documentary Liam Gallagher: As It Was. There’s a lot to unpack in those words, but they ring true for Oasis fans, as well as those who have followed Gallagher’s post-Oasis efforts. There are few singers in modern music who command the stage like the singer of “Wonderwall” and “Champagne Supernova.” And there are few figures more delightfully volatile.

The documentary is a riveting, highly engaging film about one of the few rock stars of the 1990s who deserves icon status. While it’s likely to be of interest only for Oasis fans, this is not an example of simple hero worship. Instead, As It Was is the epitome of warts and all. The battles with brother Noel Gallagher, the messy divorce(s), the commercial failure of the unjustly ignored Beady Eye, the tabloid reveal of a teenage daughter—it’s all here. But there is plenty to combat all of those elements, resulting in a well-rounded portrayal of a force of nature artist who battled back from the bottom through sheer talent and musical dedication.

Director Charlie Lightening utilizes a dizzying array of archival film and video, new interviews, and fly-on-the-wall footage of the many highs of Gallagher’s first year-plus of solo recording and performances. It is, then, a fine companion piece to Supersonic, the 2016 Oasis documentary chronicling the band’s rise to worldwide success. As It Was charts a far different period of time. It begins chronologically on the fateful 2009 night in Paris when a guitar-smashing fight between the brothers Gallagher brought the Oasis story to a close. “I’ve seen worse fights,” says Paul Gallagher, the third brother and one of the documentary’s most insightful interviewees.

Paul may have seen worse, but the damage was done. Liam and the non-Noels continue on as Beady Eye—“He was charging forward”—and the band was as tight as Oasis at its peak. However, as the film explains, the band simply did not connect. Perhaps it was just too soon. “It’s the first time in his life [that] it didn’t work,” Paul Gallagher says. What followed was a dark period of drinking, traveling, and a distinct lack of direction. As Liam puts it, “It was Oasis till the day I die, d’you know what I mean?”

But finally, songs began to pop—songs that would coalesce into Gallagher’s hit 2017 solo debut, As You Were. Suddenly, the documentary moves from a tale of potential disaster to one of triumph. Liam’s appearance at the post-Manchester concert shooting “One Love” show was a stage-stealer, as was his band’s 2017 Glastonbury Festival gig. While his band may have lacked a Noel, it was the “stable backing” he needed. The album was released months later and hit No. 1 on the UK charts. It was a stunning reversal, and As It Was shows the work and planning that led to his success. As Gwyther says, “How many people get a second chance? He’s so grateful.”

Noel Gallagher is omnipresent throughout As It Was, through old video clips and photos. It’s sad to hear that Liam and Noel have not seen each other since that night in Paris. Of course, Liam says, he may have passed by him in the street; “the geezer wears many masks.” However, the people in Liam’s life today—Gwyther; his mother, Peggy; brother Paul; sons Lennon and Gene; and formerly estranged daughter Molly—are there to keep the man rolling. There is no telling if Oasis will reform one day; the brothers “both think we’re right,” Liam says. “We’re both stupid.” Indeed, he says later, “It’s biblical, man.” It is clear from watching the documentary that Liam is content whether the band reunites or not.

Near the end of As It Was, Liam shows the filmmakers the bedroom he and Noel shared as children; their mother still lives there today. It’s a sweet, simple moment—one that (of course) takes a hilarious turn. That mix of sweet and sour is the essence of Liam Gallagher, the Britpop legend who, in his own words, is “still on that crusade not to get suckered in by the dickheads.” It’s an entertaining crusade, and As It Was is a tremendously entertaining, surprisingly moving film.