Let Them All Talk Review: Steven Soderbergh’s Most Emotionally Resonant Film in Years 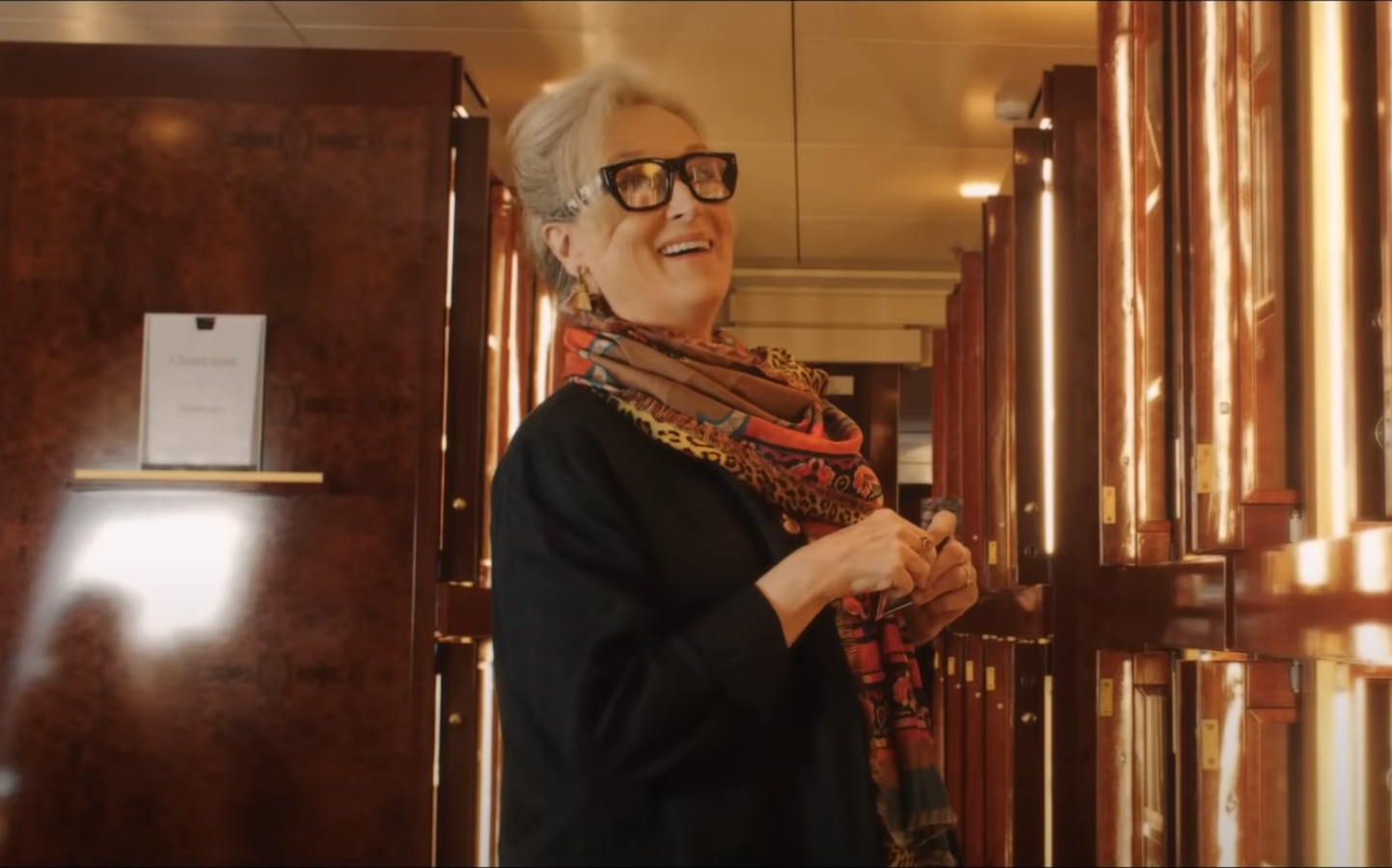 Steven Soderbergh is a film-process savant, pushing himself constantly, creating new ways to make and share his art. Whether it be experimenting with the means of distribution (Logan Lucky), using smartphones for the entirety of production (High Flying Bird, Unsane), or creating a miniseries in which the viewer could help solve the mystery (Mosaic) through an app on their phone, he’s obsessed with new technology pervading our lives and how that affects the medium in which he so comfortably operates. With a thinly outlined script (courtesy Deborah Eisenberg), completely improvised, and shot in two weeks aboard a boat headed for the UK, Let Them All Talk is a welcome entry in the auteur’s continued experimental canon.

Meryl Streep is pitch-perfect as Alice, the ultra-successful literary metropolitan hoping to bring together her two oldest friends––Susan (Dianne Wiest) and Roberta (Candice Bergen)––as she attempts to finish her latest manuscript en route to accept a prize for her life’s work. It’s a mystery to both of them as to why they were invited and to what Alice is writing about. As their journey progress, long-buried details about their past relations surface and what they might want from each other reuniting so many years later. Alice also invites her nephew (Lucas Hedges) to spy and keep an eye on her friends as she writes.

As the Soderbergh surrogate, Hedges is great. He’s an ambitious, wide-eyed kid who wants to understand how technological advances have altered human communication and is determined to get a story out of Alice’s friends about how growing up with no technology never led to any “false selves.” But he also runs into a bit of trouble as he starts to get romantic with the literary agent (Gemma Chan) who wishes to quietly infiltrate and obtain information about Alice’s new novel.

Roberta is the cynic and played with a fiery, southern tenacity from Hollywood veteran Bergen. Wiest’s character is the perfect counter with her warmth, graciousness, and even-keeled demeanor that’s able to bring peace when the other two women in her party go at each other. There’s a brilliant scene where Alice and Roberta are bickering over the contents of her 35-year-old novel that may or may not have been based on Roberta’s affair with her then-husband. Wiest, with a pointed calm, tells them that this is ancient; while they were fighting, Elon Musk had launched satellites into the sky that look exactly like stars, and Wiest proclaims “We at this very, tiny table, maybe the last generation to gaze into the true night sky.”

At times, the improvisational nature of the dialogue falls flat, as not every actor that appears is up to the task of going toe-to-toe with a veteran like Streep or Wiest. However, the scenes with just Bergen, Wiest, and Streep are always the strongest. Watching three Hollywood legends grapple with themselves aging and losing memories of who they once were while also fighting through material that is not on the page is fascinating. It’s like watching an all-time great prize fight, each actor trying to bounce off the other while hoping to come out victorious.

Besides experimenting with process, the art of the heist is a constant reoccurrence in Soderbergh’s films. As we spend more time on the boat with the characters, we start to understand each of them has something they want to extract. Roberta is swooning every rich man she finds and desperate to make some money before she leaves. Alice needs new substance for her novel that she may hope to extract from her friends and the literary agent trying to find a way inside Alice’s mind so she can tell her boss some good news about the book. Each character seems to be after something, and Soderbergh lets them play while having true emotional stakes.

As various ideas entertainingly bounce around from conversation to conversation, the film ultimately culminates into a moving and heartbreaking experience. As the three friends reconcile with their past and make amends for time lost, Let Them All Talk emerges as Soderbergh’s most emotionally resonant film in some time––a superb synthesis of both his experimental and dramatic sides.

Let Them All Talk arrives on HBO Max on December 10.