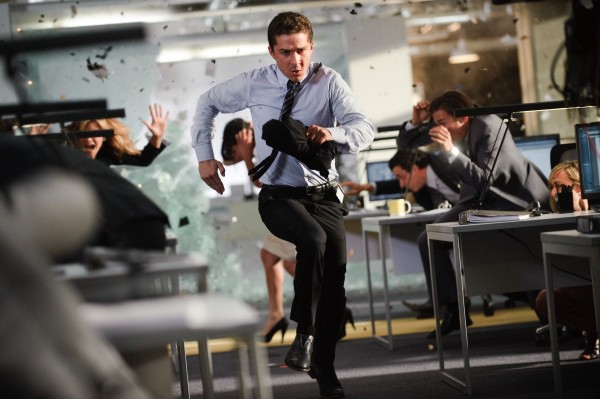 Leonard Nimoy Gives Voice To ‘Transformers: Dark of the Moon’

Looks like Michael Bay‘s upcoming installment of Transformers: Dark of the Moon just got a little nerdier.  Author, actor, and space explorer Leonard Nimoy has joined the cast as a voice talent.  According to Entertainment Weekly, Nimoy will be lending his legendary voice to the character of Sentinel Prime, the predecessor to Optimus Prime, who’s seen in the teaser trailer.  After crash landing on the moon, Sentinel Prime is brought back to earth by the Apollo 11 astronauts where he disguises himself as a firetruck throughout the major battle that takes place in Chicago.

You’re thinking to yourself, “Leornard Nimoy, so he was in Star Trek right?”  Correct.  He was also part of the 1986 Hasbro animated The Transformers: The Movie giving his voice to the character of Galvatron.
Сайт знакомств
According to EW, director Michael Bay wanted to bring Nimoy on board for Transformers: Revenge of the Fallen, but was afraid he couldn’t pay the actor what he was worth.

Many news stories and interviews have come out concerning the second installment of the Transformers franchise, Transformers: Revenge of the Fallen, specifically about how it fell short of expectations earned by the first film.  Excuses revolving around script issues, writer strikes, and time crunches were to blame.  So far, the entire Transformers crew and talent have only positive things to say about the third film.  Bay has committed himself to giving the robots more character and soul to distance the third installment from the multitude of bad reviews and jokes surrounding Revenge of the Fallen.

“The robots have more character in this movie. Much more. You really understand their struggle, on both sides actually,” Bay says.

I guess we’ll have to wait until Transformers: Dark of the Moon is released on July 1 before we know if he succeeded.  Check out the teaser again below for a glimpse at Nimoy’s character and some new pics via Collider. What do you think about Nimoy joining the robots in disguise for their last film?