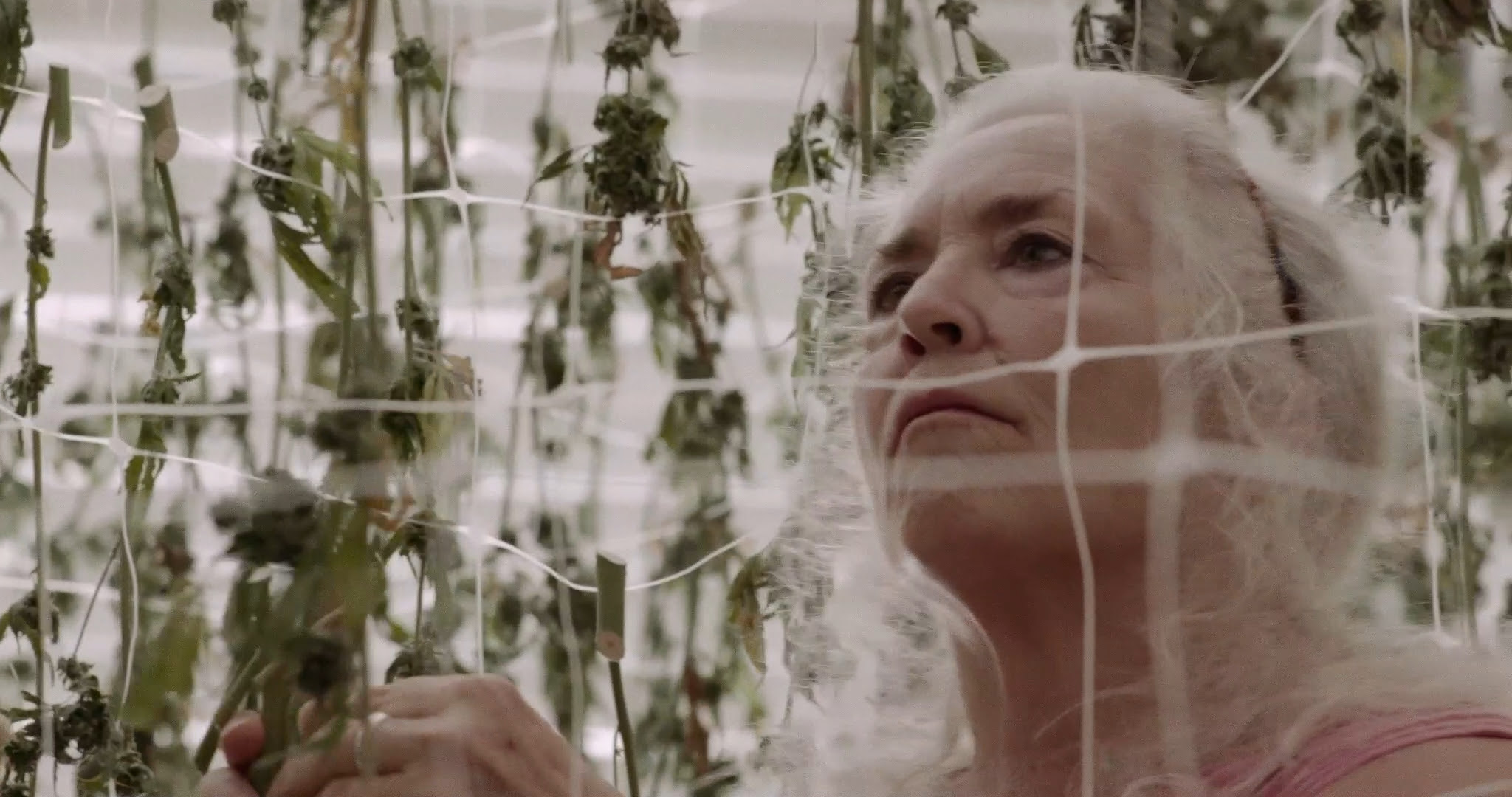 After breaking out with a major leading role in Trey Edward Shults’ debut Krisha, actress Krisha Fairchild takes the lead once again in Freeland. The SXSW premiere, which will arrive in theaters on October 15 and on demand on November 19, followed Fairchild as Devi, who has been breeding legendary pot strains for decades on the remote homestead she built herself. But when cannabis is legalized, she suddenly finds herself fighting for her survival. Directed by Mario Furloni and Kate McLean, with a cast also including John Craven, Frank Mosley, and Lily Gladstone, we’re pleased to premiere the exclusive trailer via Dark Star Pictures.

John Fink said in his review, “Capturing the rhythms of life on a rural Humble County, California commune in a changing cultural landscape, Kate McLean and Mario Furloni’s beautifully crafted Freeland is a restrained, nuanced drama centered around a quietly thrilling performance by Krisha Fairchild as aging hippie Devi. Devi built Freeland, a sanctuary that has survived by shipping its products throughout the North East. Life on the farm, here with young people including the enterprising de facto leader of her team Josh (Frank Mosley), is perhaps as simple as it ever was as their evenings are spent joking around a communal dinner table. The group, mostly young and likely around the same age as Devi when she arrived in Freeland, have taken time away from their lives to work the land. Devi, despite her age and experience, has simply never chosen to move on to a house in the suburbs.”

Freeland opens in select theaters on October 15 and arrives on demand on November 19.