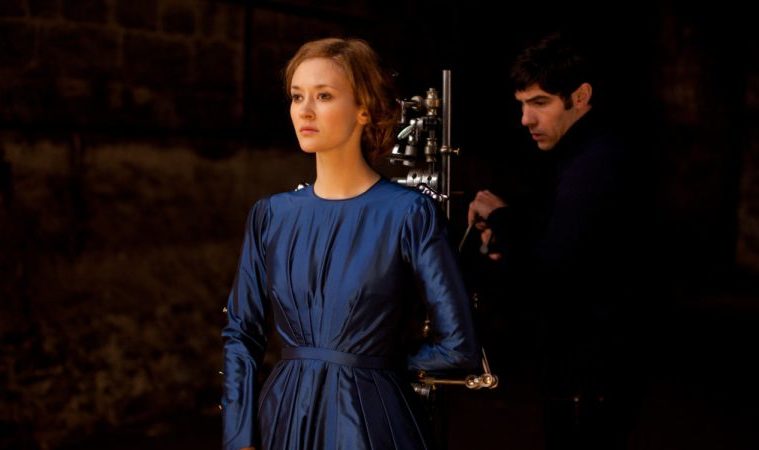 I have seen Kiyoshi Kurosawa‘s Daguerrotype, and the most I’m currently allowed to say is this: no, I’ve not yet learned how to blind-type that title. (It’s spelled differently from the traditionally used [and still-uncommon] term, which doesn’t help in the slightest.) If you want some quick taste of what the Japanese master has cooked up with his third feature in just one year’s time, peek at a trailer made in advance of this month’s TIFF showing — or don’t, since it probably gives away more than interested parties would care to know.

Daguerrotype is filled with incident on a scene-to-scene, sometimes moment-to-moment basis, so it only follows that any preview longer than, say, a minute will end up conceding things, even if you don’t immediately realize that things are being conceded. Nevertheless: those who want hints — including what the likes of Tahar Rahim, Constance Rousseau, Olivier Gourmet, and Mathieu Amalric — are up to, will find plenty to chew on. Just try to forget one or two shots (but I can’t say which!) by the time you see the film, assuming it receives theatrical distribution.

The aging photographer, Stéphane (Olivier Gourmet), still in mourning, is obsessed with taking life-sized daguerreotypes. This process, commonly used in the early years of the medium, needs a long exposure, requiring the subjects to remain motionless for extended periods of time. (Nineteenth-century superstition also held that the process gave eternal afterlife to the people captured on film.)

Stéphane’s new employee, Jean (Tahar Rahim), gets caught up in an increasingly bizarre web involving his boss’ alluring daughter, Marie (Constance Rousseau), who often poses for her father in scenarios that begin to disturb Jean due to both their subject matter and their duration. He is soon dealing with Marie’s desire to escape this prison. Meanwhile, Jean is also identified by developers as someone who could influence the reluctant and crusty Stéphane to sell his considerable land holdings.