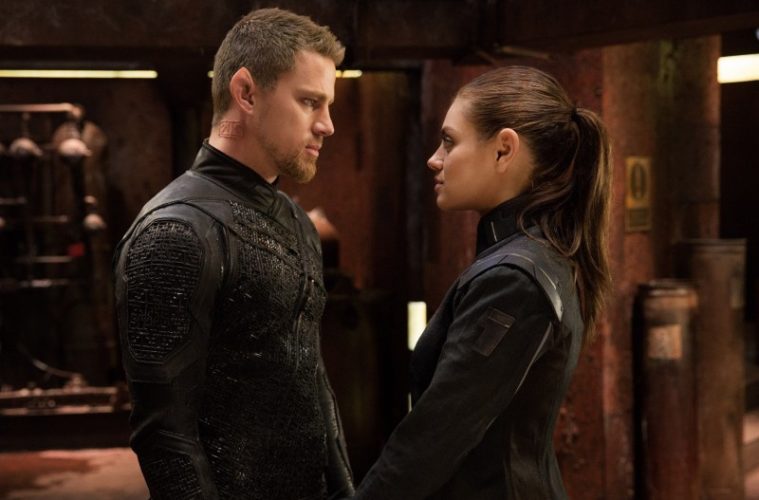 With its gloriously over-the-top dialogue and otherworldly visuals, the Wachowskis’ Jupiter Ascending certainly earned its moniker of “space opera.” What looks to be the filmmaking duo’s final feature (at least for the time being) is getting a second life on the stage, but rather than in opera form, it’s been adapted as a new ballet.

Designed and choreographed by Pacific Northwest Ballet company dancer Kyle Davis, the production is titled A Dark and Lonely Space, and was specifically inspired by Michael Giacchino’s score. “The Wachowskis have epic ideas and characters who traverse large landscapes and seek all kinds of adventures that aren’t really bound to the linear world,” Giacchino said. “The idea of having Kyle Davis choreograph dance pieces to the movements that were inspired by their work is another way to explore those grand themes. It’s gratifying to have the music take on another art form.”

With a cast of 24 and a chorus of 60, the five-part ballet aims to “anthropomorphize the birth of a planetary system,” and we would expect no less when it comes to an adaptation of the Wachowskis’ work. Running through this weekend at the Pacific Northwest Ballet in Seattle, hopefully it will find life elsewhere across the world–and beyond. Check out clips from the performance below, along with Giacchino’s score. For more, listen to Davis’ interview on WBUR (via Polygon).

A Dark and Lonely Space runs through November 11 at the Pacific Northwest Ballet in Seattle.