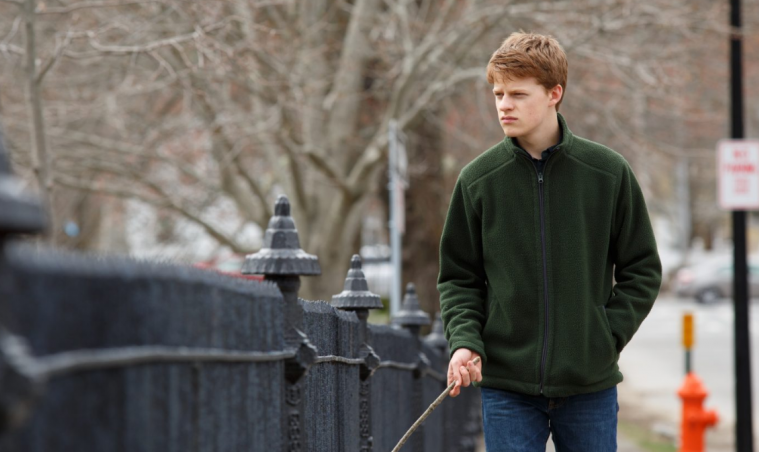 Fresh off his Oscar nomination for Manchester By The Sea, breakout star Lucas Hedges is set to re-team with co-star Michelle Williams for the directorial debut of Jonah Hill, ShowBiz411 reports. Titled Mid ’90s, and also penned by Hill, the drama will find Hedges and Williams playing son and mother, respectively, with the former joining a skateboarding crew. Following their relationship, it will be interesting to see Hill depict the struggles of the characters and — having worked with a variety of directors — through what tonal lens. See the synopsis below for the film aiming to begin production in June.

The story follows a teenager named Stevie as he struggles with the various roles he must play in life: surrogate partner to his co-dependent single mother, receiver of abuse from his troubled older brother, and invisible stand-in to his wealthier school friends. As Stevie inches his way into acceptance of the crew of skateboarders, he deals with issues of class, race and socioeconomic privilege and under-privilege he’s never experienced before. Stevie’s mother must deal with her son growing further and further apart from her, which spins her out of control.

In other casting news, while The Lobster director Yorgos Lanthimos has The Killing of a Sacred Deer in post production, he is already underway with another feature, which has now found new cast members, according to Deadline. Titled The Favourite, the period drama, which already stars Rachel Weisz and Emma Stone, has now added Mad Max: Fury Road star Nicholas Hoult to its ranks.

Hoult will play Harley, who is the leader of the Tory party during Queen Anne’s reign between the 17th and 18th century. The story, penned by Tony McNamara and Deborah Davis, follows the shifting balance of power between the lead characters as they jockey for influence, in the court of the Queen. While it seems like an intriguing switch-up for the director, considering his past films, we expect a dark streak.