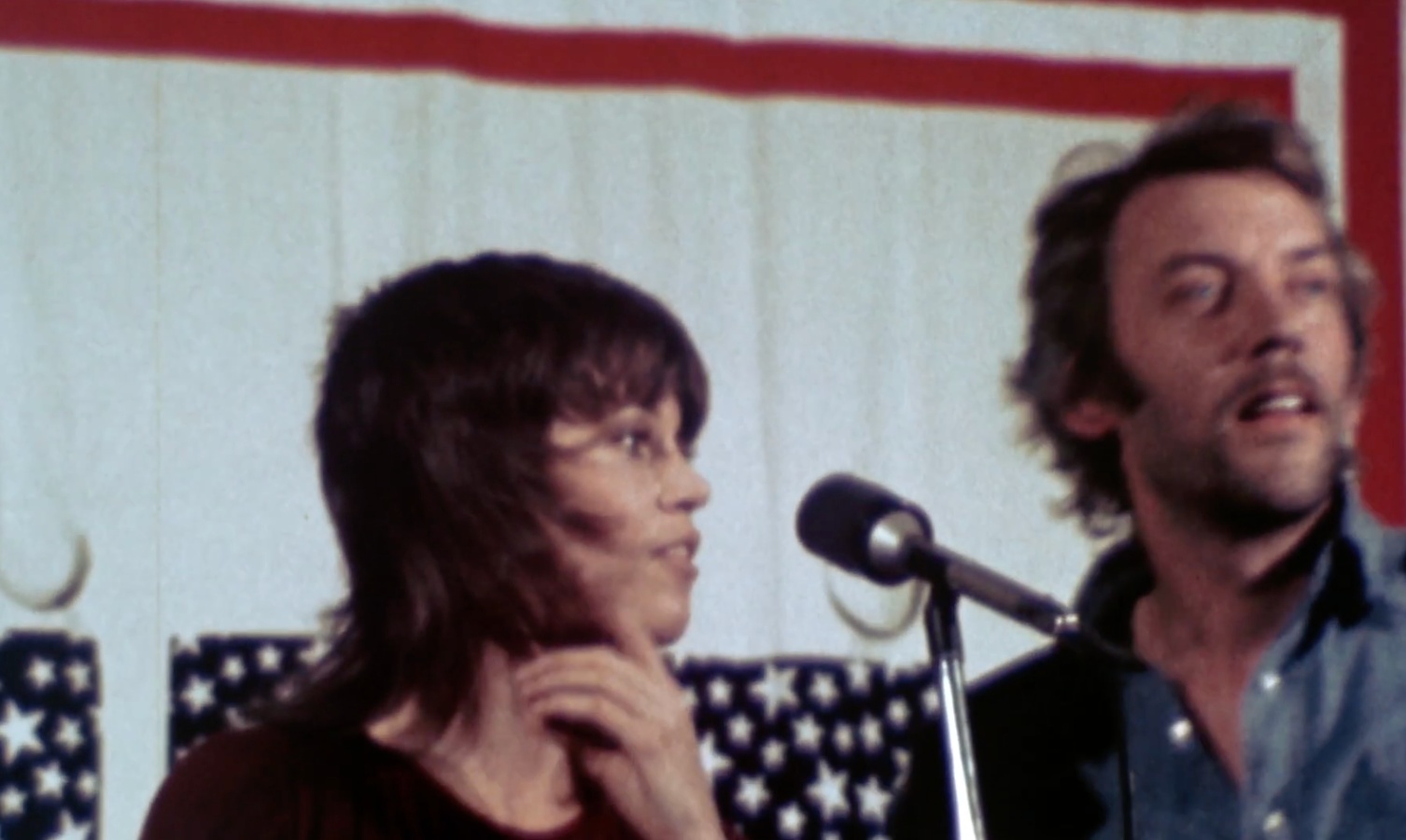 In 1971, Jane Fonda, Donald Sutherland, and more embarked on an anti-Vietnam War road show titled F.T.A. that toured through Southeast Asia. A response to Bob Hope’s USO tour, they took their title from the original Army recruitment slogan “Fun, Travel, Adventure” and redubbed it “Free The Army or F*** The Army.” As one might expect, controversy followed and the Army tried to limit the troops’ access to performances, even though audiences enjoyed the subversive material. Captured by director Francine Parker, the resulting documentary was released a year later in July 1972, around the time of Fonda’s Hanoi visit, and was subsequently pulled from theaters within a week after its arrival, with many copies being destroyed.

Thankfully, the long-censored and rarely screened film has now been newly restored in 4K by IndieCollect with funding from the Hollywood Foreign Press Association. Picked up by Kino Lorber for a U.S. and Canadian release, it’ll roll out starting March 5 in Virtual Cinemas, followed by a release on home video and KinoNow.com. Ahead of the release, we’re pleased to debut the exclusive trailer and poster. Also, with the film resurrected in 2009 by David Zeiger, his 2005 documentary Sir! No Sir! about the GI resistance to the Vietnam War will be included on the home video release and KinoNow.com.

Kino Lorber President and CEO Richard Lorber said, “The world will now finally rediscover or more aptly discover a long suppressed document of a critical time in American history. I am hugely proud that Kino Lorber will fully raise the curtain on this ground breaking film to find the wide audience and recognition it deserves. Its message today resonates with new meanings but just as powerfully as it did during the Vietnam War years. And politics aside, audiences are in for a real blast of a treat.”

See the exclusive trailer and poster below, and check out more info on the F.T.A. tour here.