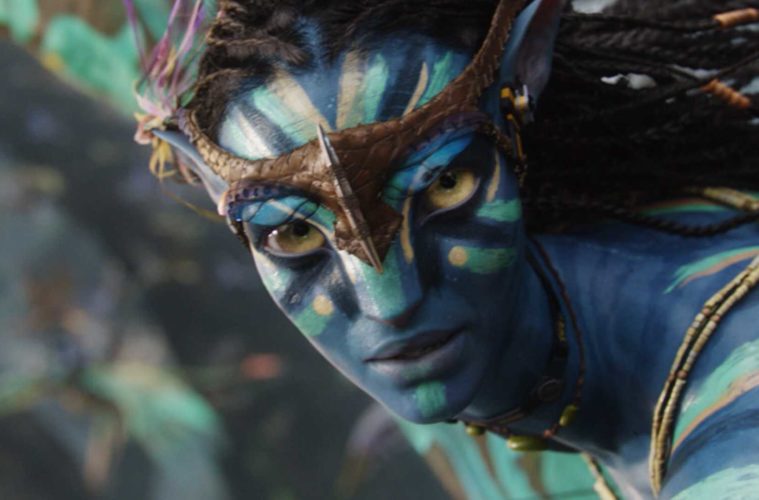 Regardless of what your anticipation (or lack thereof) may be, a $2.78 billion worldwide gross for James Cameron‘s Avatar guaranteed we’d be seeing much more of Pandora in the years to come — it was just a matter of when. With a fall shoot recently set, ahead of theatrical releases in 2016, 2017, and 2018 for the three upcoming back-to-back films, we’re starting to get more details on the production.

Announced in a press conference today, Cameron revealed that the sequels will be filmed in New Zealand, amounting to at least $412 million production costs for the three films. He also talked a bit about the story saying that the first film “was very Jake-centric. His story seen through his eyes.” When it comes to the upcoming films he said, “We spread it around quite a bit more as we go forward. It’s really the story of his family, the family that he creates on Pandora. His extended family. So think of it as a family saga like The Godfather.”

While we shouldn’t be surprised to hear such a bold comment from the blockbuster king, he also talked more about the technological advancements, saying, “It’s going to be a lot of new imagery and a lot of new environments and creatures across Pandora. We’re blowing it out all over the place. At first I thought I was going to take it onto other worlds as well, in the same solar system, but it turned out not to be necessary. I mean the Pandora that we have imagined will be a fantasy land that is going to occupy people for decades to come, the way I see it.”

Lastly, he cleared up a few rumors, saying, “There’s a fair bit of underwater stuff. It’s been inaccurately said that the second film takes place underwater. That’s not true. There are underwater scenes and surface-water scenes having to do with indigenous ocean cultures that are distributed across the three films.” While one can easily scoff at his comparisons to one of cinema’s greatest dramas, hopefully Cameron does take some cues in order to make these follow-ups more involving on a story level. As we await additional casting news, check out a short video of the announcement below. [AP/THR]

What do you think of Cameron’s comments? Do you have anticipation for the upcoming trio of films?