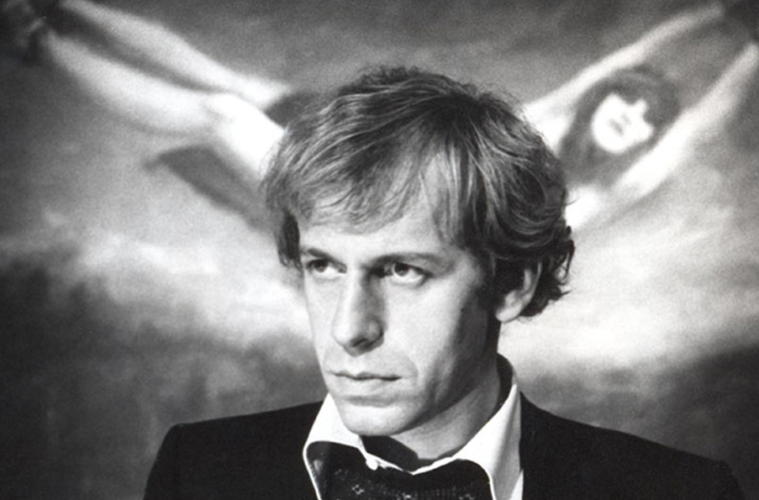 In a Lonely Place: On Wim Wenders’ Road Movie Trilogy

In his 1969 short film 3 American LP’s, the 24-year-old Wim Wenders, in the kind of feat of earnestness that can befit a young man, attempts to match his two greatest interests” America’s landscapes and its rock-and-roll music. If we’re to pick perhaps the most endearing eye-roller from this “rockist” mission statement, one can look no further than Wenders describing a Creedence Clearwater Revival album as being “like chocolate.”

But this isn’t necessarily an atypical moment in his filmography, as Wenders has always skirted the line of, for lack of a better word, corniness — if not just telegraphing his influences to at-times-obnoxious degrees, also with a kind of sentimentality both formally and politically speaking. Consider Wings of Desire‘s glossy look, which could so easily be reconfigured into a perfume-commercial aesthetic, or even just the title of one of his later, forgotten films; The End of Violence.

Yet the fight between a cool modernist and open-hearted classicist is reflective of his home nation’s identity crisis in the wake of World War II: Germany split in two, and Wenders divided between it and the lure of all things American. This tension is certainly most explicit in his first decade as a filmmaker; his road trilogy came situated at a do-or-die artistic point, as even after making a film as assured as The Goalie’s Anxiety at The Penalty Kick, a sly neo-noir that one could easily see as an influence on the genre exercises of uber-hip American indie icons Jim Jarmusch and Hal Hartley, he began to feel the weight of his influences. Coming off a disastrous experience making an adaptation of The Scarlet Letter and feeling pressured to quit filmmaking after having not established his own voice, these films asserted his international reputation through drawing on the art in his life and the often-overwhelming melancholy that surrounds just the act of liking and trying to replicate it.

Alice in the Cities

While a low-budget feature shot in black-and-white on 16mm, the first installment of the trilogy contains a kind of sprawl not afforded to many today, filming on-location in New York, South Carolina, Germany, and the Netherlands. Yet this is wholly appropriate for the subject of a German photojournalist, Philip — played by Rudiger Vogler, who stars in every film of the trilogy — assigned with capturing America. Being past his deadline, there’s a palpable frustration over the dwindling romanticism of his trek: spending too much of his time in cheap hotel rooms watching television, at one point early in the film taking to destroying his set — even if it’s John Ford’s Young Mr. Lincoln gracing the screen. This predates a later sentiment by Wenders in his 1985 documentary Tokyo-Ga, on his own journey to capture a foreign land that inspired him so, that “every shitty television set has become the center of the world.”

The function of an artist character always makes it easy for critics and audiences to read into either the loaded gesture of “biography,” or at the very least the “surrogate” / “stand-in” for the director. In this case, having Wenders’ aesthetic and thematic interests firmly in mind, it may come off as too blunt a statement of an artistic predicament.

Yet when meaning to return to Germany, Philip comes grounded in New York due to an airline strike, the bureaucratic, trapped process of traveling by plane perhaps being the first reminder of how romantic the open road actually is. At the airport he meets a single mother, Lisa (Lisa Kreuzer), and her nine-year old child, the titular Alice (Yella Rottländer). Needing to head back to the Netherlands, but also stuck in America, they strike up a friendship. Lisa, facing despair but repeatedly stating, “Everything will be fine” (itself the title of Wenders’ most recent narrative feature), shortly disappears from the film, leaving Alice in Philip’s care and coming to predate the adult-child relationship at the center of Wenders’ most acclaimed and accessible feature, Paris, Texas.

From here, the film departs from any more potential “navel-gazing” for narrative as they seek to find Alice’s grandmother in Amsterdam. But even with a goal and place firmly in mind, the film still has patience for the “detour”: stopping to see Chuck Berry in concert (the footage borrowed from Wenders’ friend D.A. Pennebaker), only to have him in a clearly weathered state, the rock god of the ’50s starting to show his age. Yet broken and still onstage — beat-down but still searching the long and winding road, the artist falling in love and out, over and over again — only speaks to Alice in the City’s complicated optimism.

The middle film in the trilogy differentiates itself from the bookends with far less nostalgia, being shot in color, extensively referencing European instead of American art (nods to Flaubert and a Straub/Huillet film on television instead of Ford), and set on a narrative path far more directed towards ambiguity and despair. Whereas Alice in the Cities set a first-act example with retaliation against a television set, Wrong Move’s own violent act — its lead, Wilhelm (Vogler, again), smashing a window within the first few minutes of the film, all while listening to a rock-and-roll record — in one swift, cruel move rejects Wenders’ own sentimentality and fandom.

Though, to compare Wilhelm and Philip’s respective gestures, the seasoned latter’s artistic crisis is of being deadened by process, while the novice former’s is rather of a need to “feel something” (later in the film literally writing in his own blood). If Alice in the Cities was positioned as a rejuvenation of artistic intent for both Wenders and his onscreen surrogate, Wrong Move proves — at least if you’re willing to read further shades of autobiography — that he hasn’t completely moved on from his self-doubt.

Wilhelm, wanting to be a writer but lacking in both life experience and actual perspective, departs his small-town home as well as his domineering mother (one doesn’t have to make great leaps to read metaphor for a divided Germany), for the city of Bonn. He makes his voyage by train, a setting that’s benefited both Hitchcock and Tourneur (as well as various Bond films) for its simultaneous sense of both movement and confinement — an excellent excuse for suspense. And suspicions do arise about his fellow passengers, Laertes (Hans Christian Blech), a former Olympian with memories of Nazi Germany; his juggler companion, Mignon (an uncomfortably sexualized 13-year old Nastassja Kinski); as well as Therese (Fassbinder muse Hanna Schygulla), an aspiring actress who Wilhelm has a romantic connection with.

Forming essentially Germany’s past, present, and future, this uneasy collision would make one expect this to be another noir exercise for Wenders. Yet once they get off the train, his “plotless” tendencies kick in, our band of outsiders wandering around urban sections of West Germany and ensuing vignettes, taking in a new member like a portly, depressed poet, or stumbling into the bourgeois nightmare of a failed suicide (a bit of dark comedy that comes off as another evocation of Fassbinder).

Though if no matter how much we feel a collective angst amongst the group, the film is still situated in Wilhelm’s alienation — Wenders making statements about his home country and still, at the end of the day, speaking to himself. Not down the road, but in circles.

Kings of the Road

Speaking to a milieu far more marginalized — Western Germany’s farmlands and small towns, and the cinemas they house — the final entry in the trilogy could be considered Wenders’ answer to The Last Picture Show. But whereas Bogdanovich’s film was a transition between old and new Hollywood dressed as a period piece, Wenders’ situates itself quite firmly in the present.

This is evidenced in its opening scene, as two men from opposite sides of Germany’s most notorious period — Bruno (yes, Vogler), a cinema projectionist and repairman speaking to an elderly man with a background in performing accompanying music for silent films such as Fritz Lang’s Die Nublingen and Ben-Hur (the 1922 original), in the years just pre-dating the rise of Nazism — have a conversation. Yet while certainly a wistful remembrance of cinema long past, the underlying idea is a de-romanticization, chiefly through labor. Unlike the previous two films, we’re forced to identify with a technician and not an artist. Even the physical qualities present throughout, be it the weight of a film canister or the spools of celluloid, add a hint of working-class reality to Wenders’ dreamy travelogues.

But what makes Kings of the Road the best film in the trilogy is that it’s the one that most complicates the concept of nostalgia, and not simply the way Wrong Move provided a darker “counterpoint” to Alice in the Cities. Rather, it seems the one the most concerned with actually moving on: Bruno from job to job, town to town, and the passenger he picks up, Robert (Hanns Zischler), from the despair of a failed marriage that led him to try to take his own life.

While over the course of its three-hour length it can make time for Bruno’s thwarted romance with a cinema cashier (it doesn’t end in murder, like Wenders’ 1972 feature), the film’s central relationship between Bruno and Robert certainly has a homoerotic pull reminiscent of Nicholas Ray’s tragic melodrama The Lusty Men, which is outwardly stated as an influence in Wenders’ 1980 collaborative doc Lightning Over Water. While Wenders would do Ray proud in producing a male weepie that mines pathos from making a living in the midst of the death of the west, Kings of the Road shares, in hindsight, with The Lusty Men a kind of auteurist goldmine of self-realization. As, after all, the last film Wenders made before almost exclusively becoming a figure of international co-productions, Kings of the Road doesn’t just seem like the final film in a trilogy, but even the work of a separate filmmaker — one who finally came to the end of his journey.