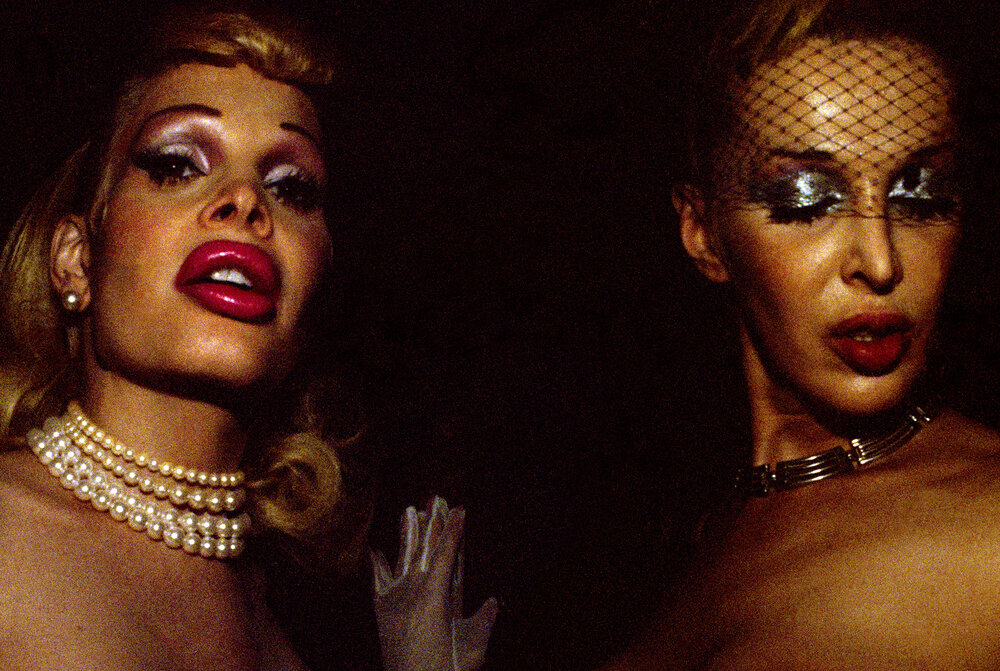 Few places on Earth have been mythologized as much as New York City. The very mention of its name can instantly summon images (King Kong atop the Empire State Building; Audrey Hepburn having coffee with diamonds), sounds (Gershwin!; the Sex and the City theme; Frank singing a song Liza sings better), even smells (that boiled cabbage and piss scent of the summer; winters where the air smells like the color blue).

In his seminal essay “The Way We Live Now: 11-11-01; Lost and Found,” Colson Whitehead wrote, “You start building your private New York the first time you lay eyes on it,” each new memory becomes a brick in the structure of your personal city. Recently the playwright Jeremy O. Harris penned a piece for Vogue wherein he celebrates the strength of a city that hasn’t been able to sleep even during a pandemic. It just traded its glittery dress for PPE, as its residents have chosen to stay home and / or wear masks in order to prevent a virus from spreading.

“I love New York because New York loves me,” says Whoopi Goldberg, reading Harris’ swoon-worthy prose. But New York City can be despicable. It can swallow you whole and spit you back to where you came from. It can be the setting of your worst nightmares. And in some cases it can crush you (check out Krista Knight’s YouTube series to see how this can be literal).

As more volumes are added to the library of myths that comprise New York City, few have been as indelible, touching, and refreshing as Gustavo Sánchez’s I Hate New York, a love song to four New Yorkers the city has swallowed whole, spit out repeatedly, but without whom New York wouldn’t be New York.

Sánchez’s intimate documentary was shot over a decade as the Spanish filmmaker was granted private access into the lives of Amanda Lepore, Chloe Dzubilo, T De Long, and Sophia Lamar, legends of the Club Kids era where the underground was it, where when the papers printed something about a trend, it meant the trend was over.

Before watching I Hate New York, I don’t think I’d ever heard Amanda Lepore’s voice. I knew what she looked like—who doesn’t? She’s as instantly recognizable as the Chrysler Building, but like the iconic Art Deco structure, there is more to her than meets the eye. Did you know Amanda Lepore finished high school with a tutor because her teachers decided it would be better if she stopped showing up to school once she began transitioning? Did you know the Chrysler Building remains the tallest brick structure in the world?

Without flair and fanfare, Sánchez creates a revelatory film that accomplishes so much merely by listening to its subjects. We see Lepore go from voluptuous bombshell to kind of a dork; she also makes jokes that would make dads cringe, but does so coming from a place of utter vulnerability. She’s no longer an object of desire, but a human being. The scenes where she shows the camera around her home feel like we’re being granted access to someone’s open-heart surgery. We feel like we must take care of her.

Lamar is the sense to Lepore’s sensibility. She declares that she doesn’t believe in nostalgia, as she prepared for a night out on the town. Her small East Village apartment reveals someone who is ready to start over in a heartbeat. Someone who carries their home within themselves. Her no-nonsense approach makes her seem like the kind of person who came of age late, because it took the world too long to catch up with them.

Lepore and Lamar, are in many ways the heirs to Marsha P. Johnson and Sylvia Rivera, the trans women who led the Stonewall riots. That we haven’t recognized their trailblazing qualities says much more about what New York owes them than it does about them. Do we stop valuing the work of activists when they’re not martyrs? Do we deny someone’s value as a beacon for progress if they also know how to have fun?

The film could easily argue that the New York that called Lepore, Dzubilo, de Long, and Lamar with its siren song no longer exists. They were all part of the Club Kids once, the generation that showed the world that NYC’s grittiness was what made it special. They were the deities of a world Giuliani killed with his Calvinist approach. In his essay, Whitehead argues that NYC begins existing only once you arrive, there is no such thing as Old York, is the city an Atlantis already revealed to the world? What do we owe the trailblazers who paved the way for us?

With de Long and Dzubilo, Sánchez tells a more bittersweet story, one about what happens when love isn’t enough, when it can’t conquer everything. It’s a story that breaks the heart, but one that could only take place in New York. Sánchez’s direction isn’t intrusive, which often makes the film feel like Nashville in miniature, his camera picks up layers that add bricks to the structure on which he’s built his own New York.

Sánchez’s New York is vampiric. It unfolds in the dark, in lieu of sun, his New York is illuminated by disco lights, laser beams, the glitter in someone’s dress, the sparkle in the sweatdrops collecting over a go-go boy’s upper lip. His New York is always going somewhere, as his camera follows Lepore it feels like the director has set an impossible task for himself. When do you stop capturing? How, even.

If the film feels inconclusive and its ending feels abrupt, it’s because how do you end a story of New York? In a city that never sleeps, how do you get it to rest enough to capture its spirit? As the city tries to restore its nightlife in the midst of a pandemic, I wonder if we’ll go back to an underground era, will the next iteration of New York feel like the place where Lepore, Dzubilo, de Long, and Lamar arrived once to reclaim their destinies? If so, I Hate New York should serve as a guideline, and if nothing else, a sacred text we’re meant to carry with us when we need to reclaim the city’s spirit. When we need to remember everything New York can be.