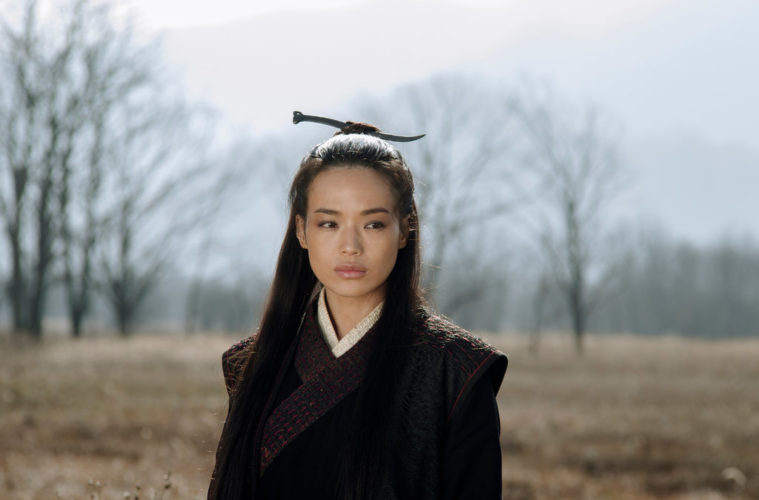 It was only five months ago when one of our correspondents participated in a roundtable interview with Hou Hsiao-hsien, but the opportunity to sit down one-on-one with a filmmaker so great and so elusive (this was his first New York press tour in at least ten years) is impossible to ignore. His latest picture, The Assassin, remains mysterious — not necessarily confusing, as we get into — after two viewings, but, even if I hated it, my affection for his entire oeuvre would’ve provided much material.

There are, of course, issues that come with speaking through a translator, which cuts down on how much one might say and the ways things are communicated. (With time constraints always on your mind, a conversation that can expand past the question-and-answer process feels impossible.) But Hou is a lucid, open-minded artist with seemingly nothing to hide, and to speak to him about a film many find impenetrable is indeed a unique combination. It’s my hope that some new things are uncovered herein.

A big thanks to Vincent Cheng, who provided on-site translation.

The Film Stage: You went through a long period of research, writing, shooting, and editing. During the initial stages, what images did you first see that eventually worked their way into the finished picture?

Hou Hsiao-hsien: I read Pei Xing’s short story, “Nie Yinniang,” a long time ago — in college — but the first images I had were of Shu Qi, because I knew that she was going to be the assassin. We’ve been good friends for a long time, so I’ve always imagined her in the role. It was her hiding in a tree with, her eyes closed, in a courtyard, listening to the surroundings. When she was exactly ready, she knew exactly when she would go down and do the job that she’d been tasked with.

Could you imagine having to make The Assassin without her? Shu’s played such an essential part in your recent pictures, and this feels like a performance she was born to give.

It’s never happened before, and so that’s not part of my… basically, I talk to her and tell her I’m making this film, and I”m just asking for the period of time that she’s available. Before she even knows the scheduling, I give her research — the Pei short story, as well as some Japanese short stories to kind of use as background. When she knew exactly what period of time she was available, we worked on the schedules, and that was it: she was locked to shoot this film. There was never a question that anybody else would take on this role! [Laughs]

You originally planned to shoot with a special Bolex camera that must be wound up and can only photograph for a minute. This is surprising when you see the movie, because it, like almost all of your films, is defined by elongated shots. How did you adjust once you knew that camera couldn’t be used?

I did have the intention to shoot on the Bolex camera. When we were doing backdrop shots, when we went to Japan, I brought two Bolex cameras with me. I liked the idea because of the limitations, because, at the end, you’d have to roll it back and refill it — so I liked the movement of it. I thought I could do some interesting shots based on that, because every time you fill it up with film is like beginning a new… that was an interesting concept for me to play with.

But then, when we got to Japan, we tried it for a couple of days, and the shot was one of a woman behind a veil. The finder of the Bolex camera was very small, and so the DP, Mark Lee, basically couldn’t focus because of the speed of what needed to be shot, and he couldn’t catch up in his mind. [Laughs] So, finally, he said, “I can’t work with this camera.” The assistant also shot some stuff, and still it didn’t quite work for everybody; it would just take too much time. And so, after a few days of trying the Bolex, we went to the 35.

When I’m watching a Hou Hsiao-hsien film, there’s no mistaking it for another’s work. But where does your cinematographer, Mark Lee, factor into the visual template? I’d like to know the extent to which your collaboration is based on agreement and disagreement — points where he wants to do something, but you wish to do something else, and how you might resolve that.

There really isn’t that much disagreement, because we’ve worked together so many times at this point. My art direction team and I go in and set up the backdrop, then Mark will just go in, take a look around, and decide what the shot is; once that shot is set, we put in the dolly. How I set up these sets is, I know in proximity what kind of shots I’ll get within the frame, and once that’s set… because I’m not sure what’ll happen once the camera starts rolling.

When the actors come in and they’re ready, we’ll do our scenes. There’s no rehearsal or anything; they just go and do the stuff. If it doesn’t work, we’ll stop and shoot it again. It’s really rare that the whole shot doesn’t work. If that’s the case, then everything needs to be moved around a little bit, because we’re also working with lights and natural lighting. We don’t have that much time to redo shots, so it’s always that shot we decide on, immediately, in the beginning.

There was an interview where Shu discussed your past impatience with getting things moving. I’m wondering if, as years pass by and you produce more, that impatience has slowed down and you’ve adjusted to problems that are inherent to making a movie.

When I was younger, for sure, I was a lot more impatient. In one of my earlier films, I slammed my fist on something and broke it — so that was something I had lived through. But, these days, if you can’t get a shot or something doesn’t work, we know it immediately and stop it immediately. The whole team goes in to fix the problem, so there’s not a moment where it’s drawn out to the very end; we are all so comfortable with each other that we know exactly when something’s not working, and we just go in and fix it. So I don’t have these problems.

Your duties with film festivals held off actually producing The Assassin for a number of years. Did you discover it more and more the further you were from everything, or was the creative process only really flowing when you were actually on a set with the actors and material?

During those eight years that I was working on both the Golden Horse and Taiwan Film Festival. As the chief, I was trying to change the logistics of the set-up, because, in the past, the decision was always made by one person, and I wanted to break it down into different teams and divisions, which would then help pick films, pick the jury, and dealing with budgets. Once all that was settled, I had a lot more time to think about research and my film. So I would have occasional meetings with script writers, and we would talk about what we would want to do for the filming and stuff.

Because it’s an eight-year difference, I didn’t feel there was any “lag” in terms of coming back to work on a film, because it’s the same people that I’ve always worked with — so there’s a total familiarity with the team. They were always in my vicinity, because I also have an office, and a lot of other people who work on my films also have an office. They were always in the area, and if they wanted to go out and shoot other projects, they would quickly do it and come back, because they’re always on hold for this project.

There’s been much grousing about how the film is difficult to follow. Having seen it twice now, I don’t find events especially confusing, but The Assassin nevertheless remains a mysterious work. Are you tired of people raising this issue? Are you frustrated with having to explain plot points? I imagine you’d want to retain that mystery and allow it to be a more “pure” experience — but perhaps that’s not the case.

To be honest, I don’t mind if people don’t understand my films. I could’ve edited in a way that’s much more linear, so people would understand it, but I don’t worry — this is my vision, so that’s always the way it was going to be filmed. I suggest people watch it three times, actually! [Laughs] In Asia, a lot of times, people don’t have the patience, so they watch it once and don’t understand, and that was kind of the reaction. A lot of times, when people watch it for a second time, they get into it, and the third time is when they fully understand what’s going on. That was also part of the campaign, and coming out to the states is something to suggest people watch the film more than once — to fully understand it.

There’s already been word of your next film. Because 35mm is more difficult to acquire for production purposes, it’s been suggested this will be your first digitally shot feature. Although it’s no secret that you prefer celluloid, are you curious or excited about a new process?

For sure, we’re shooting in digital. But, before we even do that, we want to do a lot of tests, and a lot of it is using color filters and trying out certain things, because I want to capture the right tone and right feeling before I even shoot the film. The positive of digital is that you can now have many cameras on set, and there’s a freedom to it that probably, shooting in the previous way, there was a little more limitation. With 35, you have to change the film — you also have to order it — and last time we shot, we basically ordered almost 500,000 square feet. That’s a lot. [Laughs] To kind of switch over to digital is definitely something I’m curious about, but it’s a necessity for the next film.

The Assassin will enter a limited theatrical release on Friday, October 16.