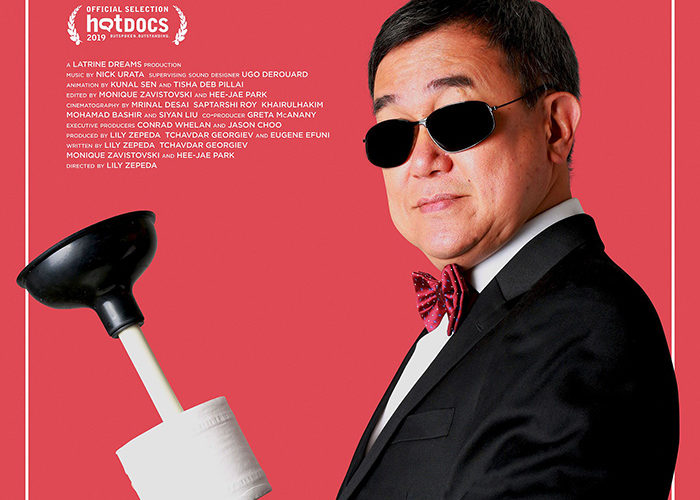 Hot Docs Review: ‘Mr. Toilet: The World’s #2 Man’ is an Exposé on the Outdoor Defecation Crisis

This statistic says it all: 40% of citizens on Earth don’t have toilets. A big part of that number is India and China, but it’s still insane to comprehend as someone from a country that won’t allow homes or businesses to be built without one. It’s the type of problem you’d assume tops every nation’s to-do list and yet most cases have it found at the very bottom. Why? Because change isn’t easy. If your family has practiced open-air defecation for generations, why stop? It shouldn’t unfortunately just be seen as a point of preference, though. The number of people who get sick and die from poor sanitation combined with the number of women raped as a result of lacking any true privacy proves as much. It’s a nightmare scenario that hasn’t seen close to enough headway in recent times. This tragedy stems from human waste being seen as taboo, the impossible socio-economic issues that prevent many countries from finding quick relief, and a wealth of other factors both big and small. Like so many problems, however, the first step towards the solution is often awareness. So that’s where Jack Sim enters the fray as the founder of the World Toilet Organization. He travels the globe with his big personality and self-deprecating humor to put sanitation at the forefront of everyone’s minds. The idea is that teaching regular folk recruits their voices to then work up the chain and force the hand of government officials. Who knew wearing a toilet costume could save lives?

Lily Zepeda’s documentary Mr. Toilet: The World’s #2 Man tells us how by following the Singaporean Sim as he works tirelessly to help fulfill Prime Minister Modi’s promise of turning India into an outdoor defecation-free zone. Along the way we hear from his wife and children (who are used to him always being out of the country), kindred spirits (Dr. Bindeshwar Pathak, developer of the double-pit toilet system, among them), and his candid WTO board members who praise him as much as they air their frustrations. A formerly successful salesman who couldn’t take the selfishness and greed that industry cultivates as a rule, Sim took his networking expertise and gift for conversation into the humanitarian field of sanitation to make a difference. Now his stress has greater purpose. It therefore isn’t a perfect life by any means and the film never shies from exposing that truth. Jack’s kids do resent his drive to help the world at their expense. His international popularity causes governments and organizations to hire him for projects they have no intention of completing, using his celebrity to falsely legitimize their goals. And his penchant for constantly thinking up new ideas that he then implements with fervor despite no backing from the rest of his team causes a lot of good to be overshadowed by an excess of frivolity. So it’s no surprise that Sim’s stubbornness and enthusiasm also has a way of alienating the places he works to improve since their skepticism of outsiders is exacerbated when his teaching feels like telling.

Using him as a centerpiece for this exposé of an under-reported international crisis is yet another example of how his personality sparks awareness through entertainment. Sim wants to make toilets “sexy” and “appealing” because he knows that might be the only way to rewire some brains. Doing so often has him wielding goofiness as a weapon too since there’s no better exposure than viral meme culture. No one wants to sit and watch a dry PowerPoint presentation of facts and figures when they can hear Sim say the word “shit” at a TED Talk or laugh at his James Bond photo-shoot with plunger as gun. This is a man who’s leveraged his ability to be the clown into a mission statement that has truly made a significant difference. Zepeda therefore spotlights Sim’s unorthodox hero with reverence and candor to prove how much effort goes into change of this scale. She gives the inevitable collateral damage of his quest a voice while also injecting the right amount of statistics (complete with animated poop splatters) to educate with a smile. It’s often inspiring as a result, propping up the good over the bad to reveal the rusty gears of bureaucracy opposite the passionate demands of community. Sim is a go-between positioned in the middle of both and attempting to bridge the gap by normalizing a topic we either blindly ignore or completely forget courtesy of embarrassment and privilege respectively. When you learn poop causes as many deaths as car crashes, however, it’s difficult not to listen.