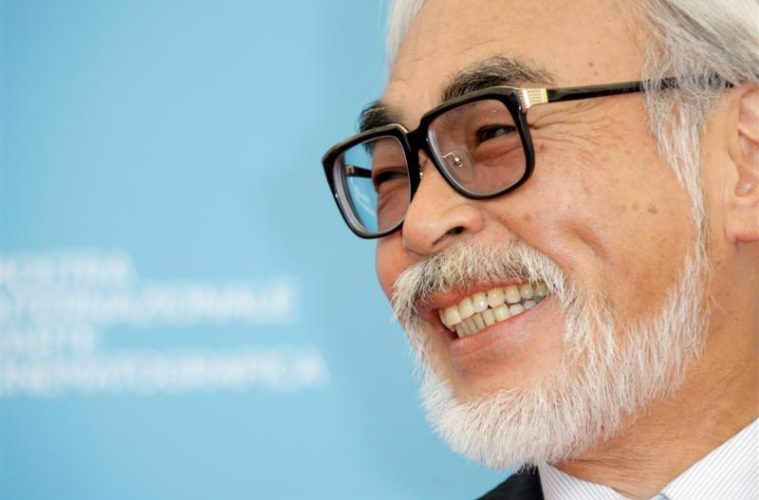 Hayao Miyazaki Returns to the Drawing Board For Samurai Manga As one of Studio Ghibli’s finest works is currently enjoying a week-long Oscar-qualifying run in New York City ahead of February wide release, it also carries with it unexpected weight. The Wind Rises, telling the personal story of the man who created the airplane that would bring destruction to Pearl Harbor, is thought to be Hayao Miyazaki‘s final work. While on the fall festival circuit the director exclaimed his intentions to retire from feature-length animation, something he’s indicated before, but providing a seemingly finality to the decision.

While there’s no word if he’ll return to feature-length animation, it looks like it won’t be long before he goes back to the drawing board. While on a Japanese TV show this past weekend, Ghibli producer Toshio Suzuki revealed the studio founder’s plans to get back to work. He said, “I think he will serialize a manga. From the beginning, he likes drawing about his favorite things. That’s his stress relief.” The project he’s currently working on is said to be about sengoku jidai no chanbara (samurai swordfighting stories set in Japan’s Warring States Period), but Suzuki said, “He’ll get angry if I talk too much. Let’s stop talking about this.”

We imagine it’s difficult for a talented artist who has dedicated his entire life to a craft to step away at a moment’s notice (just look at Steven Soderbergh‘s recent activity), so we look forward to more Miyazaki in any form we get, even if his latest animation is a perfect note to end on. Director Isao Takahata (of the upcoming gorgeous-looking Princess Kaguya) also recently opened up about his collaborator and friend, saying, “[Miyazaki] said, ‘This time, I am serious,’ but I think there is a decent chance that may change. I think so, since I’ve known him a long time. Don’t be at all surprised if that happens.” [Anime News Network]

What do you make of Miyazaki’s next project? Do think we’ll see him return to feature-length animation?