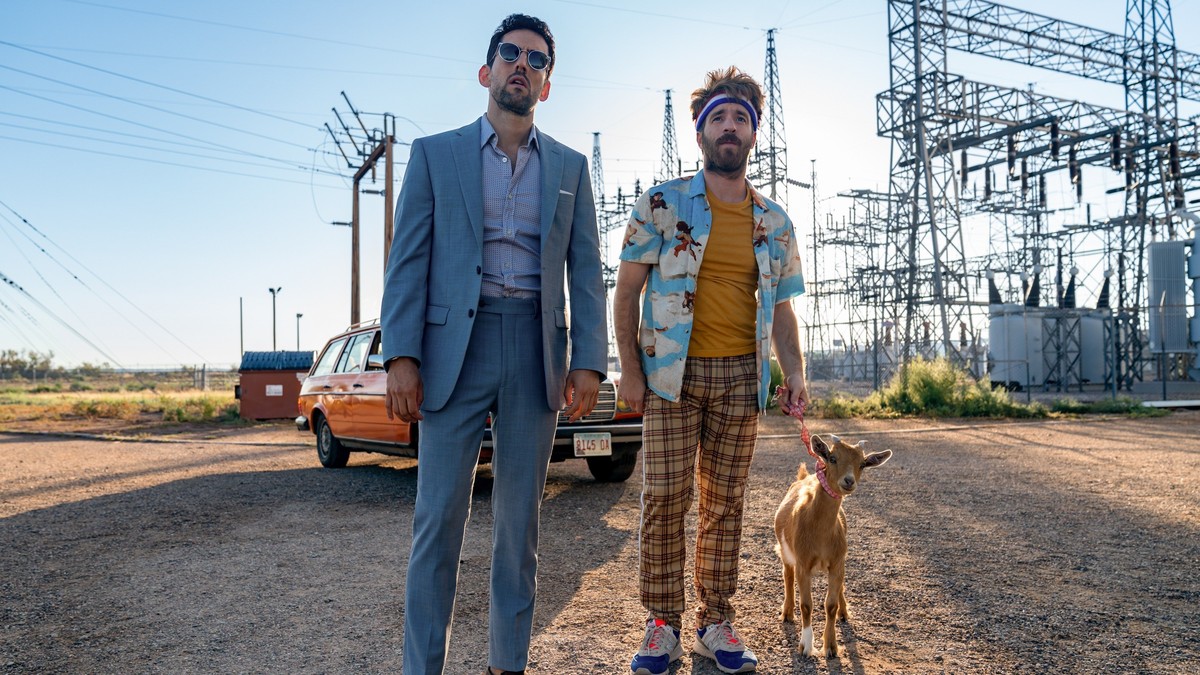 An emotional rollercoaster from minute one, director Luke Greenfield’s Half Brothers ultimately taps into something earnest. Renato (Luis Gerardo Méndez) is a salty engineer living in Mexico City, days away from marrying Pamela (Pia Watson), when he gets a phone call from the States. His estranged father Flavio (Juan Pablo Espinosa) is dying and has asked to speak with his son. Reticent to acknowledge a man who abandoned him and his mother so many years before, Renato is pushed by Pamela, who is convinced her fiancee needs closure in order to become a good father to their son, a young boy struggling with his own eccentricities.

Moments after arriving in Chicago, Renato learns that he’s got a half-brother named Asher (Connor Del Rio), with whom he could not be more different. Upon Flavio’s death, the brothers are called into a mystery of their father’s creation. A strained-but-ultimately cathartic road trip ensues, staying mostly true to the sub-genre. Méndez and Del Rio have solid chemistry, making the most out of the screenplay by Eduardo Cisneros and Jason Shuman. The contrivances to keep the brothers on the road push credibility a bit in spots, the broadest moments often falling the most flat––specifically, a scene in which Asher decides to “rescue” a goat from a shady zoo. Though Del Rio, as the comic relief, is more than capable of delivering the bits, the bits themselves are sometimes lacking.

Méndez plays Renato as incredibly mean in parts, and it works. He’s compelling enough that it’s worth it to keep watching in the hope that he will see the error of his ways (which of course he will). And while Del Rio is perhaps less successful, the film’s funniest sequences are thanks to him. Perhaps the most interesting thing about our two leads is how they explain their father. Quite astutely does the combination of Renato and Asher come to define the complicated Flavio, a character of impressive depths. Especially considering his limited screen time. Juan Pablo Espinosa is the right man for the job, finding pathos in Flavio’s struggles while tapping into his limitations as a father. Often, Espinosa achieves an entire emotional trajectory with a look, no dialogue necessary.

Greenfield is taking an interesting step as a filmmaker with this picture. The highlights of his career up to this point are mostly studio comedies (The Girl Next Door, Something Borrowed, Let’s Be Cops). Half Brothers is a comedy about half of the time, with clear departures into both familial and socially-minded drama that suggest something loftier. While these narrative choices are not always successful (a scene inside a border detention center could use a bit more time and attention), they are a welcome reach.

There is an intentionality here that is overwhelmingly optimistic while also insisting on acknowledging all of the troubles of our current moment. And while this does not always mix well with some of the slapstick, the alchemy is ultimately fulfilling.

Half Brothers opens in theaters on Friday, December 4.