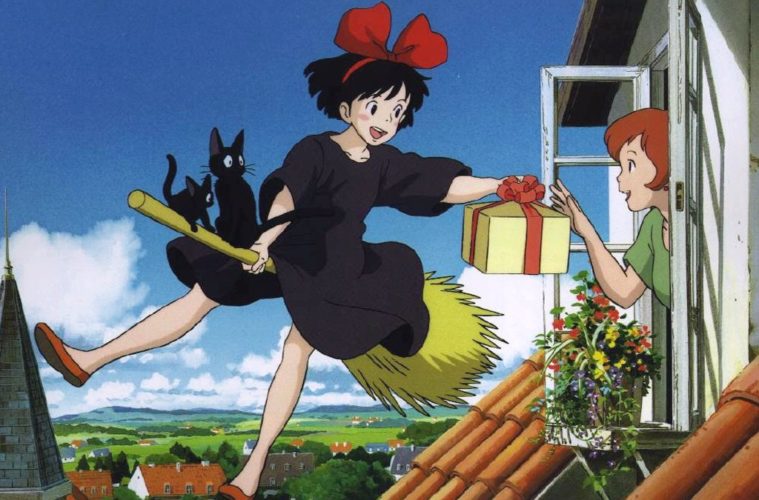 Has the demented mind behind Ju-On and its American remake, The Grudge, really signed to make a live-action version of Hayao Miyazaki‘s animated children’s adventure Kiki’s Delivery Service?

To be perfectly honest, the answer to that is “possibly,” and maybe even “probably,” although the former may still be a way off. Twitch picked up a rumor that horror director Takashi Shimizu has been tapped to helm the film, which would tell the story of young Kiki, a witch who takes to the city to establish herself. Although the Miyazaki version eventually gets to gorgeously animated big adventures, the primary gist involves Kiki flying her broom around town and acting as courier for a local bakery.

Now imagine that cute little trifle in the hands of the man who gave us dead-eyed little ghost kids who scream like cats, or fingers popping out of the back of Sarah Michelle Gellar’s scalp. It’s a little hard to picture, even when applying the usual leeway for odd Japanese franchise films. This is a pretty big rumor right now, and perhaps one of the reasons it’s been so resisted is because of how insane it sounds as a business proposition. Imagine if you will, Wes Craven making a live-action version of Strawberry Shortcake. That’s close to what we are talking about here.

Shimizu was tearing up screens both foreign and domestic back in 2004, but what has he done lately that would even suggest he could helm a larger film like this, one that would undoubtedly need some special effects power behind it if it were to work as it should? The director’s last film, 7500, a haunted airplane thriller slated for last summer, received a trailer but never a release date, and it’s still circling out there somewhere, waiting to land. Add to that the less-than-stellar results of his post-Grudge output — Shock Labyrinth, Reincarnation and The Grudge 2 — and he starts to look much less like the guy one puts in charge of a property such as Kiki.

Still, stranger things have happened, and considering that Miyazaki’s animation was based off Eiko Kadono’s 1985 novel, it’s unlikely Studio Ghibli, the vaunted production company behind the original, would even need to give their blessing. Unlikely, though, that anyone would go through this without the animation powerhouse in their corner. There’s potential for a Kiki’s Delivery Service movie to be great fun, a throwback to something a bit more light-hearted than Harry Potter and more kid-friendly than Beautiful Creatures. What would the result be in Takashi’s hands? Only time will tell.

What do you think of this hybrid of geek favorites, mixing creepy ghost girls with cute little animated ones? If it makes it to production, would you actually go out and see it?