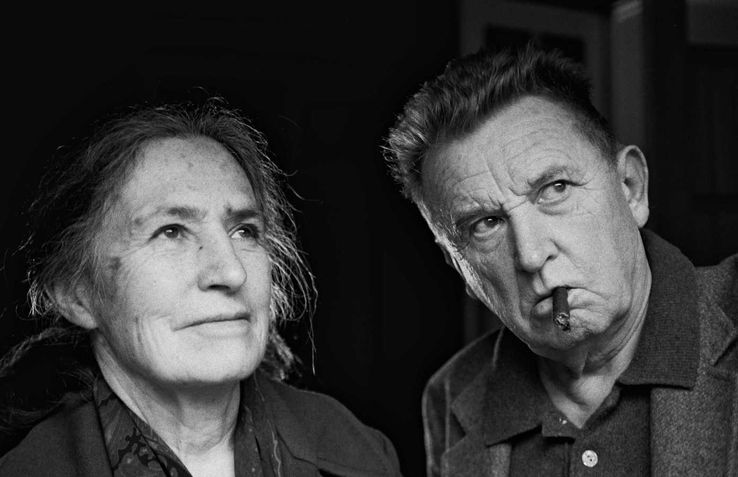 In our recent appreciation of Jean-Marie Straub and Danièle Huillet‘s The Chronicle of Anna Magdalena Bach, the author was forced to lament “the general unavailability” of a decades-spanning oeuvre that had thus far only received a single Region 1 home-video release, an unfortunate state that’s helped create a particular mystique around the husband-wife duo. That aura is, fortunately, about to be broken: Grasshopper Film has acquired U.S. rights to the complete Straub-Huillet catalog, and will distribute the works “on home video and VOD platforms, as well as [make]  available for public screenings, beginning this summer as part of a multi-year project.”

The announcement is bound to cause waves among devoted cineastes first and just about anyone else a decent second, but that shouldn’t be the case. The attention demanded by their films is rewarded with formal, aesthetic, and sensory pleasures — to say nothing of the fact that they’re unlike anything in world cinema, spanning shorts and features, documentaries and fiction, contemporary and period works inspired by the likes of Jean Renoir, D.W. Griffith, and Franz Kafka. Quoth Pedro Costa, “Godard seemed very old to me, suddenly, when I saw the films of Straub. They were the fastest, the furiousest, the most beautiful, sensual, ancient, modern.” J. Hoberman was similiarly enthusiastically in a New York Times appreciation tied to the start of a still-ongoing, internationally touring retrospective, “[They] are cinema’s conscience – an antidote to all the junk movies you’ve ever seen.”

More information regarding the acquisition can be found on Grasshopper’s official website, while Straub-Huillet’s filmography may be explored further on their educational site.