Godzilla vs. Kong Review: A Massive and Massively Tedious Brawl 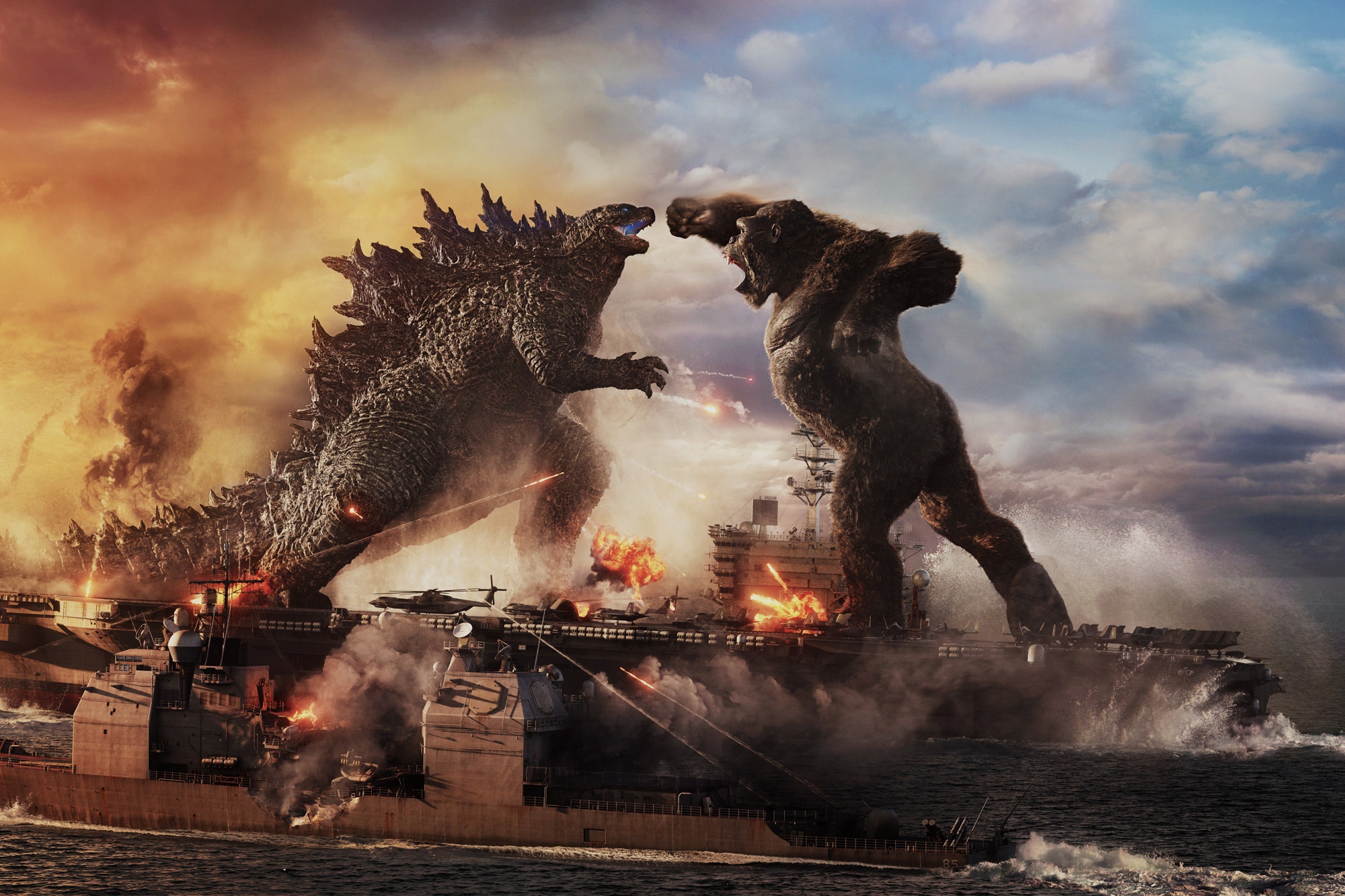 According to the contrived mythology of Warner Brothers and Legendary Pictures’ MonsterVerse, “titans” like Godzilla and Kong are mortal enemies because only one can reign supreme. Apparently ancient beasts have never been good at sharing. Every previous film in the franchise has been building toward their inevitable clash, and now it comes to big dumb life thanks to Adam Wingard’s massive and massively tedious tent-pole.

Godzilla vs. Kong opens with both iconic characters equally enraged by their current situations on Earth. Having survived the onslaught of attacks by Ghidorah (aka Monster Zero), Rodan, Mothra, and other titans in Godzilla: Rise of the Monsters (2019), Godzilla now seems hell-bent on attacking research facilities run by the Apex Corporation for no apparent reason (however, we learn, there is a reason). Kong on the other hand is being held in a containment facility on Skull Island where each morning he wakes up, scratches his hairy butt, takes a bath in a waterfall, and proceeds to shell the rooftop dome with tree trunk projectiles.

For reasons the screenwriters of this film seem to be working out in real time, a thin narrative emerges involving a subterranean world called “Hollow Earth” containing an energy source that could be the match of Godzilla’s atomic blue belches. Embodying mankind’s inferiority complex, a wealthy corporate scumbag (Demián Bichir) enlists two well-meaning scientists (played with minimal effort by Rebecca Hall and Alexander Skarsgård) to find it using Kong as a tour guide. But literally no one in the audience will care about any of these details, and the filmmakers don’t seem to either.

What the people really want to see is Godzilla’s dorsal fin tear through the hulls of battleships, or Kong use an aircraft carrier as a surfboard. Both of these admittedly kinetic moments occur during the film’s finest action sequence, which beautifully turns the weapons and vehicles of mankind into toy props for an aquatic death match between King and Kaiju. There’s even a fun Jaws reference to hammer this point home.

But if Godzilla vs. Kong thrives in these momentary bursts of spectacular scale and movement, it ends up dwarfing the human drama unfolding in between the battles for supremacy. None of the dilemmas playing out have any hint of genuine feeling, and the actors have zero chemistry with each other. Only Bryan Tyree Henry’s spunky conspiracy theorist podcaster manages to banter his way to relevancy despite being surrounded by the dullest of expository dialogue.

Maybe the most surprising thing about Godzilla vs. Kong is Wingard’s uninspired directorial choices. While the fight sequences are coherent and well-paced, everything in between lacks the darkly comedic edge that made his previous films You’re Next and The Guest so effective. It would be tough to expect a unique genre filmmaker like Wingard to fully smuggle his nasty sensibility into such IP blockbuster cinema, but there’s absolutely nothing in the way of subversion going on. This feels like a true sell-out moment, one that goes against the film’s flimsy anti-capitalist messaging.

Even if cinephiles will be disappointed with Wingard’s descent into innocuous for-hire showmanship, most will find Godzilla vs. Kong serviceable enough as lifeless spectacle. After a year with next to nothing else that compares to this level of popcorn entertainment, the collectively low bar to judge will be understandable. That is unless you’re an aficionado of Hong Kong’s urban architecture; it doesn’t fare well in the thunderous final throwdown between atomic lizard and ape where seemingly endless amounts of people die, but there’s nary a body to be seen.

Godzilla vs. Kong is now in theaters and on HBO Max.