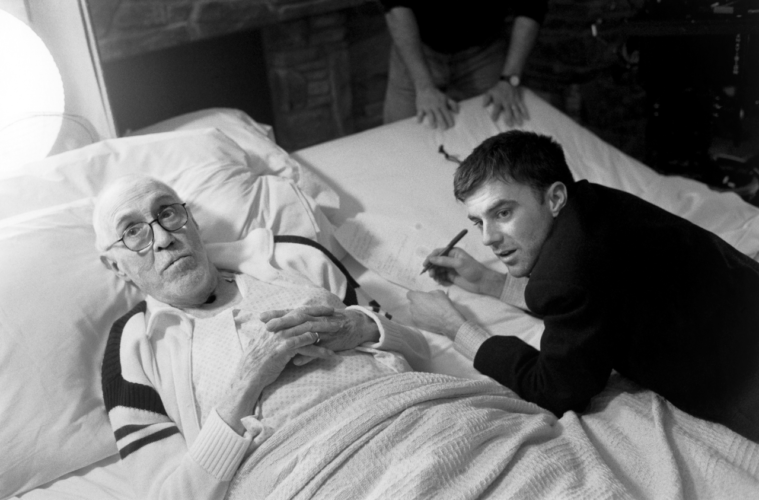 As we await the release of his seventh feature film, Inherent Vice, today brings a look back at one of Paul Thomas Anderson‘s earlier works, 1999’s Magnolia. While we imagine most fans of the director have seen the incredibly detailed behind-the-scenes documentary That Moment on the Blu-ray, in case you’d like to give it a rewatch, it’s now available online for the time being.

Capturing 128 hours worth of footage during the 80-plus day production, director Mark Rance‘s 72-minute documentary is an intimate look at the process of creating the film. From PTA’s initial nervousness about the material to the final production meeting to candid moments with Julianne Moore and Philip Seymour Hoffman on set, all the way to the press junket and beyond, it’s a fascinating watch. (A section towards the end with his then-girlfriend Fiona Apple also must be seen.)

Check it out below via Refocused Media and as we look forward to a trailer for his next film, one can also see the framing chart used during filming (the first hint at the official logo?), thanks to Cigs and Red Vines.