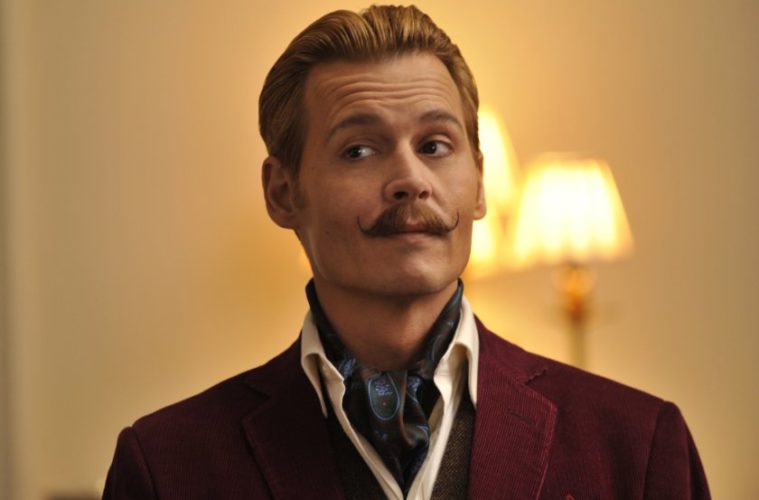 We were just remarking how a certain actor has used his blockbuster cred skillfully, and then…well, there’s Johnny Depp. Aside from his mountain of bottom-tier blockbusters (we imagine Alice in Wonderland and Pirates of the Caribbean sequels can soon be added to the pile), even potentially interesting projects don’t quite end up so well (see: this year’s Tusk and Transcendence). His next feature will see him travel the world, for what I’m sure made a fine vacation for the actor.

Based on the books by Kyril Bonfiglioli, Mortdecai is directed by David Koepp, and follows Depp’s character on globe-spanning adventure to recover a stolen painting. If anything, it looks to be the most leisurely project as of late for Depp, so hopefully some sort of fun translates to the screen. Also starring Gwyneth Paltrow, Ewan McGregor, Olivia Munn, Jeff Goldblum, and Paul Bettany, check out the new trailer and poster below.

Juggling some angry Russians, the British Mi5, his impossibly leggy wife and an international terrorist, debonair art dealer and part time rogue Charlie Mortdecai (Johnny Depp) must traverse the globe armed only with his good looks and special charm in a race to recover a stolen painting rumored to contain the code to a lost bank account filled with Nazi gold.