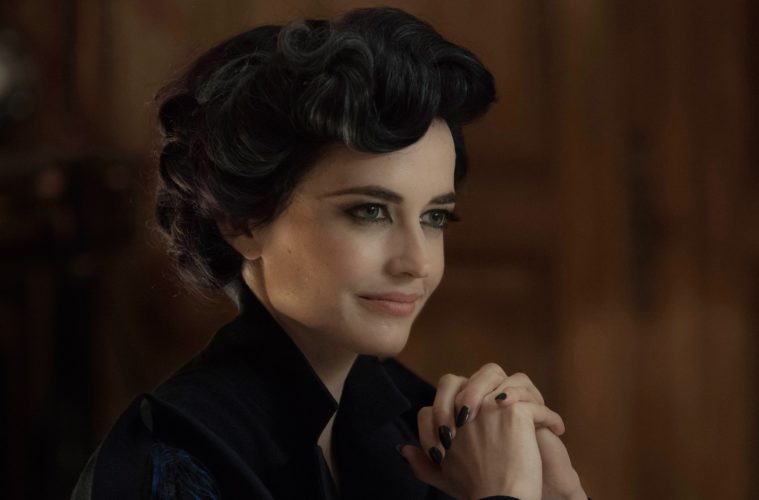 He’s certainly made many films with Johnny Depp and Helena Bonham Carter, but there’s few additional actors that seem better suited for the worlds of Tim Burton than the devilishly entertaining Eva Green. Reteaming with the director after Dark Shadows, their next project is Miss Peregrine’s Home for Peculiar Children. Set for a fall release, the first trailer has now arrived.

Scripted by Jane Goldman, adapting a Ransom Riggs-penned novel, the story concerns Jacob, a 16-year-old visting his recently-deceased grandfather’s home in Wales. While there, he discovers the abandoned remains of an orphanage he was told about as a child.  Starring Eva Green, Asa Butterfield, Chris O’Dowd, Ella Purnell, Allison Janney, Rupert Everett, Terence Stamp, Judi Dench, and Samuel L. Jackson, check out the trailer below, along with the first stills and poster.

From visionary director Tim Burton, and based upon the best-selling novel, comes an unforgettable motion picture experience. When Jake discovers clues to a mystery that spans alternate realities and times, he uncovers a secret refuge known as Miss Peregrine’s Home for Peculiar Children. As he learns about the residents and their unusual abilities, Jake realizes that safety is an illusion, and danger lurks in the form of powerful, hidden enemies. Jake must figure out who is real, who can be trusted, and who he really is.