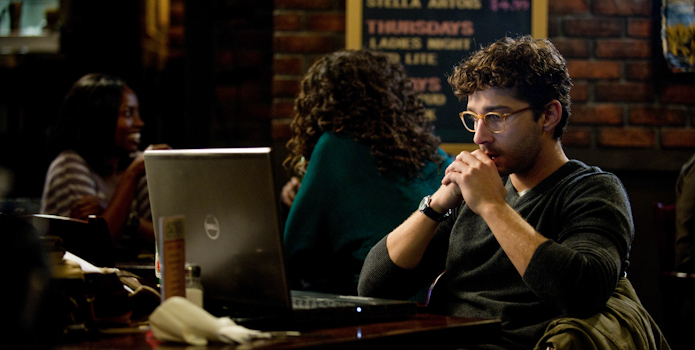 With his Lawless now in theaters, Shia LaBeouf is about to get another crack at leading a drama thanks to Robert Redford. Coming off his dreadfully boring period drama The Conspirator thankfully the director seems to be regaining a pulse with the thriller The Company You Keep, which features not only himself, but a stellar ensemble including Brit Marling, Susan Sarandon, Anna Kendrick, Nick Nolte, Terrence Howard, Stanley Tucci, Chris Cooper, Brendan Gleeson, Julie Christie, Stephen Root and Sam Elliott.

The first trailer has landed today ahead of its festival premiere, showing off the story of an up-and-coming journalist who gets in over his head. It’s a surprisingly strong tease, with what looks to be a tense drama, something I’m not sure Redford had up his sleeve. After films like A Guide to Recognizing Your Saints and certainly John Hillcoat‘s latest, I truly think LaBeouf can be a convincing lead so I look forward to what he can prove here. Check out the trailer below.

The Company You Keep premieres at TIFF and has been picked up by Sony Pictures Classics for a US release.