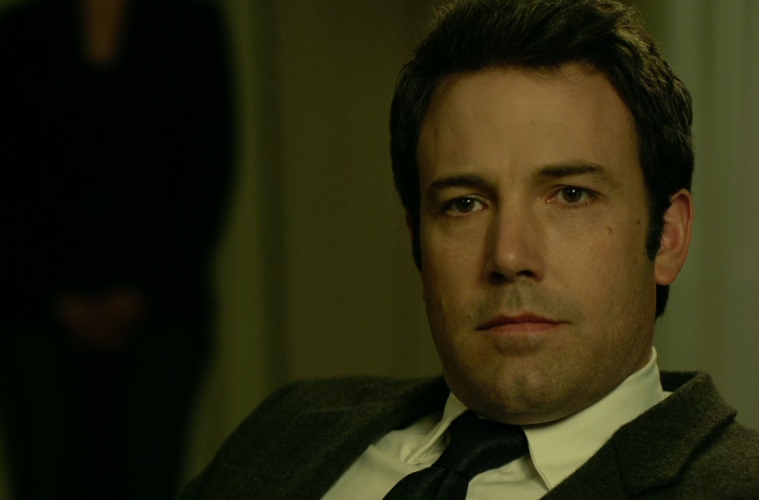 “Ben [Affleck] knows inherently what that experience is like. He knows what it’s like to be hunted,” author Gillian Flynn said earlier this year when it came to the casting of the star in David Fincher‘s adaptation of her novel Gone Girl. “You have to wonder if Nick did horrible things to his wife, and you have to see him do some really not good things, but at the same time you have to able to say, ‘I’d like to have a beer with that guy.'”

Before the actor jumps into the batsuit, he’ll get one of his most promising roles in sometime, thanks to the crime drama. We’ll follow him as Nick Dunne, a husband whose wife, Amy (Rosamund Pike), mysteriously disappears on their fifth wedding anniversary. The first trailer has now officially landed today which has us wishing we could simply skip the summer movie season and see this one right away. Check it out below, along with the first teaser poster, and as a capper, it looks like Fincher won’t be directing that Steve Jobs biopic next.