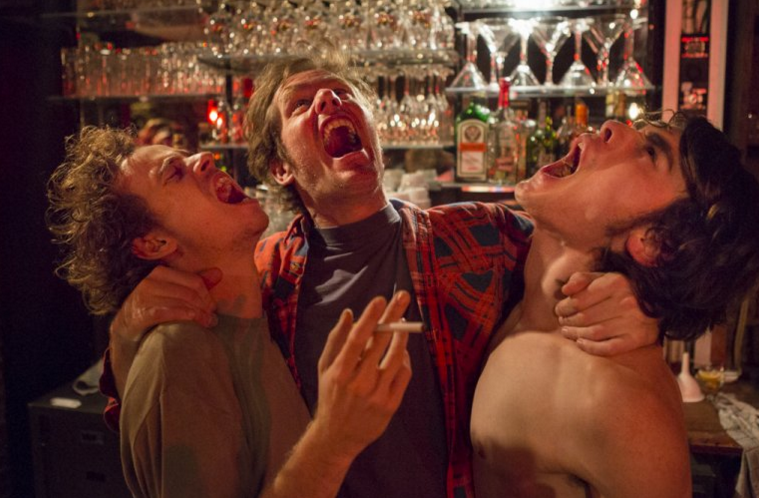 First Trailer For ‘Belgica,’ From the Director of ‘The Broken Circle Breakdown’ Over the past few years, there have been a number of films focusing on the personal toll of music making. This year saw Eden, the lightly fictionalized story of a failed DJ, which dominated the festival circuit, and the EDM story, We Are Your Friends, which attracted a small but vocal fanbase. And though they took markedly different approaches in tone and presentation, they both provided a snapshot into the coexisting destructive and wondrous effects of music.

Belgica, the next from from the Oscar-nominated Broken Circle Breakdown helmer Felix van Groeningen, looks to mine similar emotional terrain with its story of two brothers, Jo (Stef Aerts) and Frank (Tom Vermeir), who start a bar and become subsequently immersed in the Belgium club scene.

The first trailer emerged today, and it looks both exhausting and thrilling, shifting back and forth between the strained home life and frenzied work life of the two characters. The trailer could also be an impressive stand-alone short film though with its urgent rhythmic format, and bisected pacing.

Reminiscent of audio collagist Pogo’s mash-ups, the trailer builds its own diegetic music track as an army of seen horns, strings and percussion meld with arguments, coke-snorting, and loud sex to become an odyssey of perverse wonder. But the propulsive high inevitably has to end, and the last half of the trailer falls into a k-hole with a flurry of alcoholism, abuse and broken dreams.

Belgica isn’t yet announced for US distribution, but it will almost certainly be a festival staple next year, and subsequently land a deal. Check out the trailer below. Belgica will be released in Belgium in March 2016.