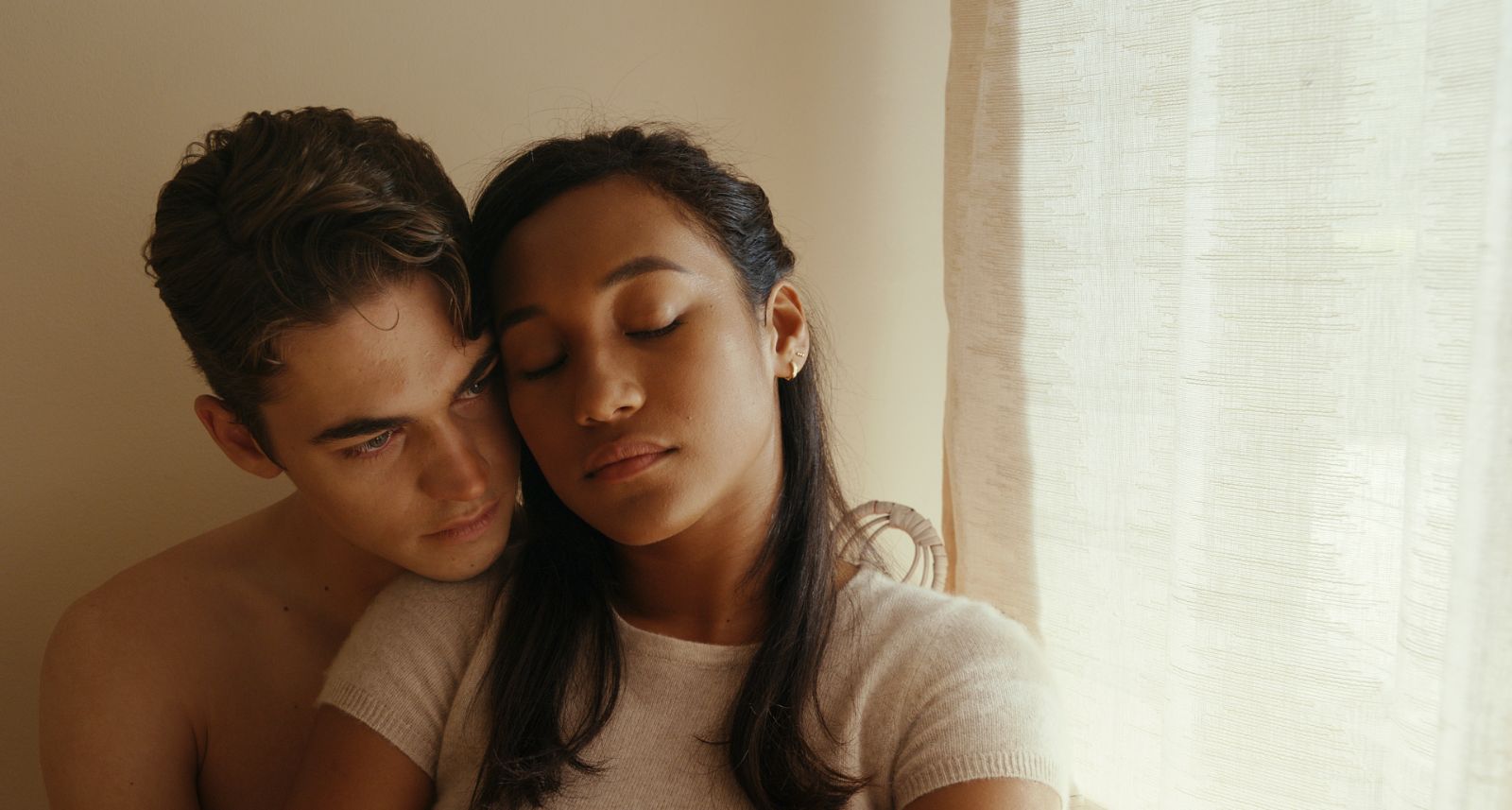 After two impressive features—visually stunning Malickian riffs The Better Angels and Age Out,  which married that director’s accomplished visual style with a narrative finesse and willingness to play with chronology—writer-director A.J. Edwards uncharacteristically stumbles with this third, First Love. Seemingly unable to adapt his impressionistic style to the grammar of a teen drama, First Love spreads in too many directions at once, packing enough story beats to round out a miniseries. While not as much of a catastrophe as, say, the After series—a connection that the production company Voltage is playing up, especially with the casting of Hero Fiennes Tiffin—Edwards’ project is stunning in singular moments and ultimately unable to reign its sprawling ideas and characters into a cohesive vision.

Reuniting with his Better Angels star Diane Kruger (who also produces here), First Love tells parallel stories of two relationships within the Albright family, following son Jim (Tiffin) as he embarks on his first love and heartbreak with Ann (Sydney Park) from high school into college. Edwards juxtaposes that budding romance with Jim’s parents Kay (Kruger) and Glenn (Jeffrey Donovan) just as Glenn has been fired and struggles to find work because of the 2008 financial collapse. These two relationships mirror each other, moving through the stock beats of a teen romance—the initial infatuation, the eventual breakout, the new boyfriend, etc.

With his previous features Edwards built a brand around his visual style—aided by cinematographer Jeff Bierman, who worked with the filmmaker on Age Out—yet the wandering camerawork this time around seems adrift, unable to focus on a single character or moment too long, if only because First Love‘s script attempts compressing two relationships, the 2008 financial collapse, an unexpected illness, a wedding, and Jim’s college experience within a 90-minute-or-so runtime. It’s simply too much, and rapid cuts across space and time leave one feeling disoriented.

Donovan, and especially Kruger, couldn’t turn in bad performances if they tried, but are here saddled with archetypes. Donovan’s Glenn further regresses into his own self because of his inability to find a job, constantly lying about his layoff and moping around their house. Meanwhile, Kruger’s Kay becomes more exasperated with Glenn while also having to deal with a dying aunt—a subplot that, if more interesting than the core relationship, still feels like another story addition too many.

Tiffin escapes mainly unscathed, perhaps because his character is so one-note, pining after Park’s Ann when it seems like they only shared a short romance. It would make sense within a compressed time frame had Edwards chose to focus on, say, the young lovers’ senior year, but as the film stretches years into the future, chemistry between Ann and Jim—of whose relationship we only had fleeting glimpses in the first place—feels underdeveloped. After being the standout in the Netflix thriller There’s Somebody Inside Your House, Park is unsurprisingly the highlight, able to imbue Ann’s underdeveloped character with conflicting feelings as she struggles to take advantage of her youth, per her mom’s suggestion, while also considering committing herself to one person. And it’s always nice to see Sharon Leal, here as Ann’s weary mother—a reminder she really should be cast more often.

Edwards has already spoken about Voltage’s decision to replace Arcade Fire’s Richard Reed Parry with After We Fell composer George Kallis. One might wonder what Parry might have brought to the film—Kallis’ score is oppressively melodramatic, only underlining the simplified emotional beats of Edwards’ script. Every character speaks exactly as they feel in elongated monologue, a feature that functions more in voiceover than conversation.

Edwards remains an incredibly skilled director, able to coax out poetry within singular scenes—Ann and Jim’s first drive together, their initial courtship at a party, a reunion in college, and even Kay dealing with the rapid deterioration of her aunt. These parts showcase a director with impressive staging and willingness to linger within granular moments that make up a relationship. Yet these scenes are often isolated, never really building on what immediately comes before or after; as such we never quite get a cohesive portrait of either relationship as we stretch farther into the future, further flattening these characters.

If First Love never really coheres into a fully formed film, it nevertheless finds Edwards moving more towards narrative expansion than ever before. We are a long way from the imitative style he showcased in his first feature. More of an interesting experiment than an outright failure, this is often either trying to catch the viewer up on what happened in-between scenes or having its actors repeat the same emotional beats, creating a viewing experience paradoxically stagnant and overstuffed. Whatever can be said for the whole, component parts suggest a filmmaker who, three films in, has formed a distinctive, idiosyncratic style fully his own.

First Love arrives in theaters and on VOD on June 17.