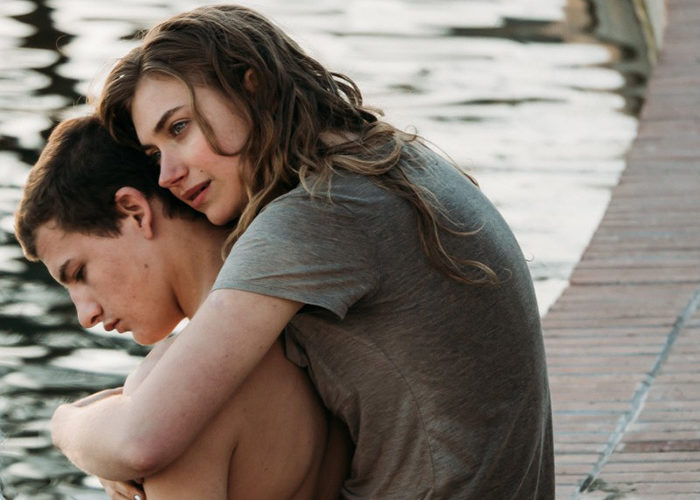 A.J. Edwards’ ‘Age Out,’ Formerly Known as ‘Friday’s Child,’ Gets Trailer Ahead of November Release

One my favorite debuts this decade was A.J. Edwards’ young Lincoln tale The Better Angels. Terrence Malick’s longtime collaborator has now returned with a modern-day tale for his follow-up. Premiering at festivals as Friday’s Child but now going by Age Out for the theatrical release, the drama stars Tye Sheridan, Imogen Poots, Caleb Landry Jones, and Jeffery Wright. Following a teenage drifter just out of foster and who finds a new love, the film will get a release this November and now the beautiful new trailer and poster have arrived.

Jared Mobarak said in our review, “The only thing worse than never getting your happy ending is having it within grasp and realizing you cannot accept it. To see salvation and turn around knowing it would be a lie is the type of heartbreaking choice we often have to make in order to keep on going. It’s the decision that separates man from monster: an admission of remorse, guilt, and regret. Our actions cause ripples that affect countless others we haven’t met yet or never will and while that truth allows some to sleep at night, the rest wonder what nightmares the collateral damage of their deeds endure as a result. You could say that the only thing separating those two groups is love. Knowing love is to understand its power and its pain. This idea is at the core of A.J. Edwards’ Friday’s Child and his lead character Richie (Tye Sheridan).”

See the new trailer (featuring a new song by Weyes Blood and original score by Colin Stetson) and poster (designed by Midnight Marauder) below. Age Out opens in limited release and digitally on November 22.