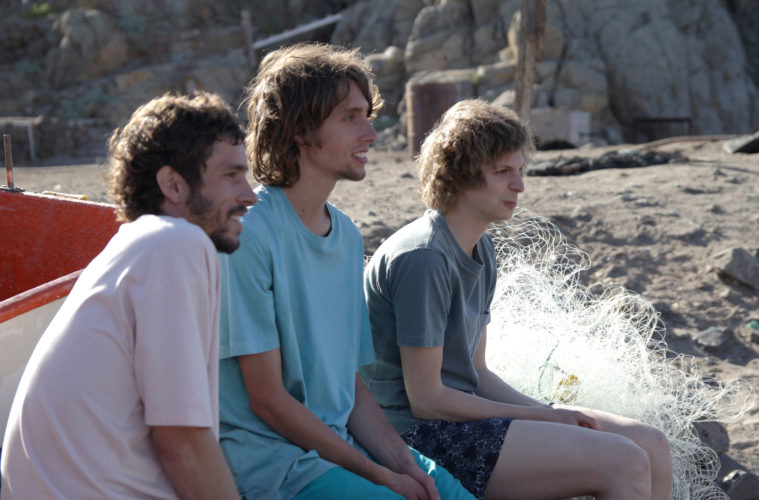 Earlier this fall we brought you the first looks at Michael Cera‘s genre departure with the film Magic, Magic from director Sebastián Silva. The images had a somewhat dark tone for what’s being described as a psychological thriller and although we’re not sure when it will premiere, his next collaboration with the director has been accepted into Sundance 2013 and we’ve got a new batch of images that have a very different, lighter tone.

Titled Crystal Fairy, the film follows Jamie, who “invites a stranger to join a road trip to Chile. The woman’s free and esoteric nature clashes with Jamie’s acidic, self-absorbed personality as they head into the desert for a Mescaline-fueled psychedelic trip.” Check out the images above and below for the film also starring Gabby Hoffmann, Juan Andrés Silva, José Miguel Silva and Agustín Silva.