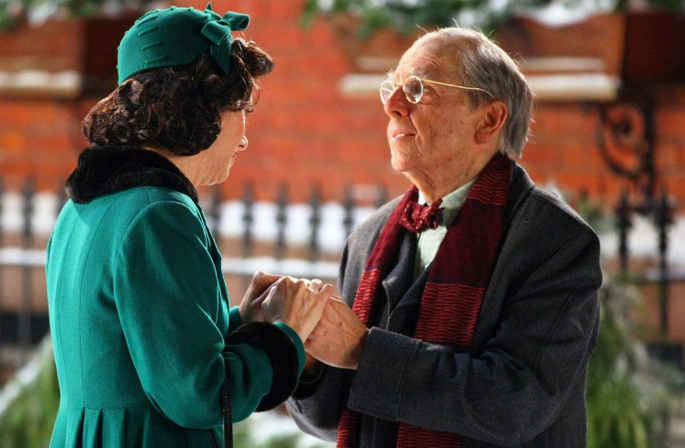 Production has been underway for a little while now on Ben Stiller‘s directorial follow-up to his hilarious R-rated comedy Tropic Thunder. He’s now tackling a remake of the 1947 classic The Secret Life of Walter Mitty and looks to be going a more family-friendly approach with an ensemble includes Kristen Wiig, Sean Penn, Adam Scott, Shirley MacLaine and Patton Oswalt.

We’ve seen some fairly plain-looking set photos of some of the cast, but today  Celebuzz and The Blemish (via Collider) have provided a somewhat startling look at Wiig and Stiller on set. The couple are about 30-40 years older, with complete make-up. There’s also a shot of Scott’s crazy beard. Check them out below for the comedy that features Stiller as a “timid daydreamer who develops photos of other people’s adventures rather than living his own,” but soon “finds himself having to play the hero when he’s tasked with finding a missing negative.”