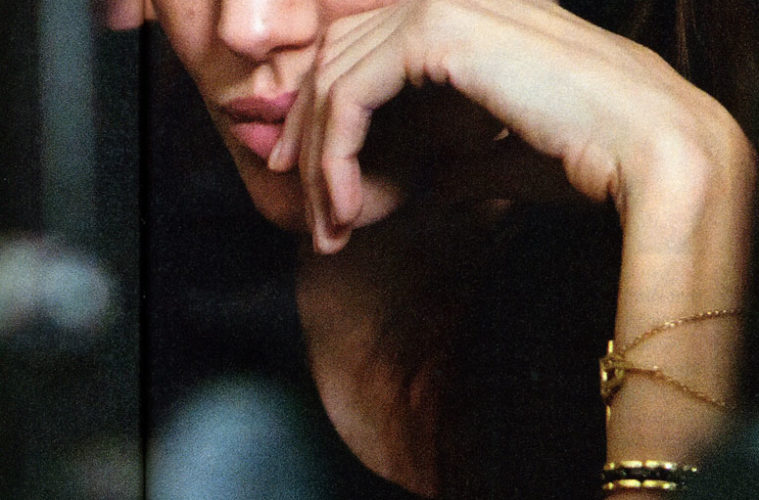 When you need a female action star Angelina Jolie is usually the first name that pops in the heads of most Hollywood producers. She is aiming to change some minds with her latest move, directing her first feature. FilmDistrict picked up the romance war drama In The Land of Blood and Honey earlier this summer, and now we have our first official look from EW (not online yet).

One won’t find any famous American actors in this one, as it features a cast including Zana Marjanovic, Goran Kostic, Rade Serbedzija, and Branko Djuric. Jolie even shot the film in both English and local Bosnian-Croatian-Serbian language, so it can easily reach both audiences. In the first photo above one can see Milos Timotijevic and Alma Terzic in what looks to be a tense gunplay scene. Check it above as well a new photo of Jolie on the set below, followed by the synopsis. In the Land of Blood and Honey is a melancholy drama set during Bosnia’s 1992-95 civil war and follows a Christian Serb (Goran Kostic) and a Bosniak woman (Zana Marjanovic) whose lives are torn apart when violence flares between ethnic and religious groups.

In the Land of Blood and Honey hits theaters on December 23rd, 2011.