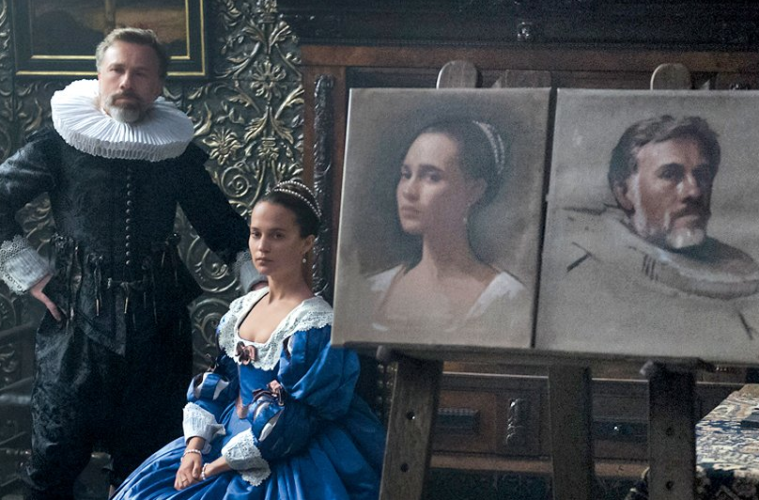 Alicia Vikander is indeed having a one-of-a-kind year and 2016 shows little signs of her slowing down. Along with The Light Between Oceans and the next Bourne film, she’s leading Tulip Fever, a new drama from The Weinstein Company. Although no release date has been set yet, today brings the first image.

Also starring Christoph Waltz, Dane DeHaan, Cara Delevingne, Jack O’Connell, Judi Dench, Zach Galifianakis, and Tom Hollander, the film is based on Deborah Moggach‘s novel of romance, paintings, and 17th-century Netherlands. Directed by Justin Chadwick (Mandela: Long Walk to Freedom), it follows a love affair between a man and a woman at a time when Dutch painters were creating paintings that would go on to become dubbed masterpieces.

While we can’t say we’re overly enthusiastic about seeing Waltz in other art-centered drama after the rather disappointing Big Eyes, the cast alone has us curious. Check out the image below.