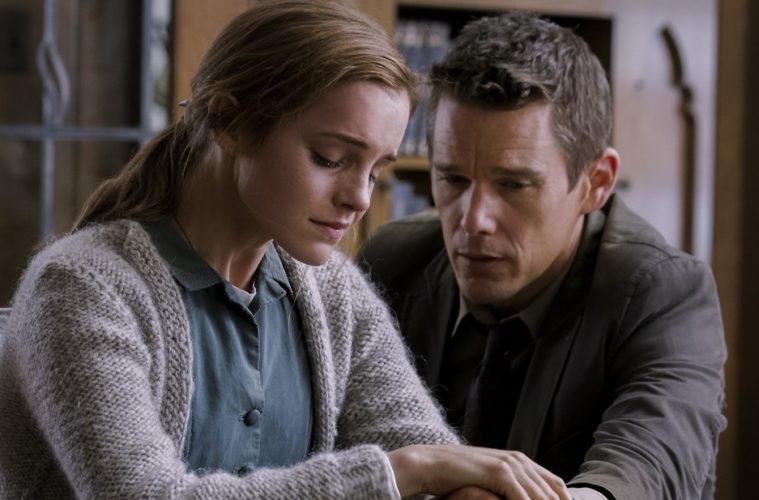 Although he dabbled in Hollywood with the 2001 horror drama The Others, Alejandro Amenábar has spent much of his time crafting acclaimed features in his native land of Spain, including Open Your Eyes, The Sea Inside, and, most recently, Agora. He’s now back in English-language territory for his next work, the thriller Regression, and today brings the first look.

Led by Ethan Hawke and Emma Watson (who can be seen below in the first still), the film is set in 1990 in Minnesota and follows a detective investigating a girl that has accused her father of an unspeakable crime. The father doesn’t remember what happened, but when a renowned psychologist joins the case, the conspiracy is unraveled. Also starring David Thewlis, David Dencik, Lothaire Bluteau, and Devon Bostick, we’re looking forward to the feature next year and one can check out the image below as well as the international title treatment above. Regression will be released next year, on August 28th, by The Weinstein Company.

Are you looking forward to Amenábar’s next film?