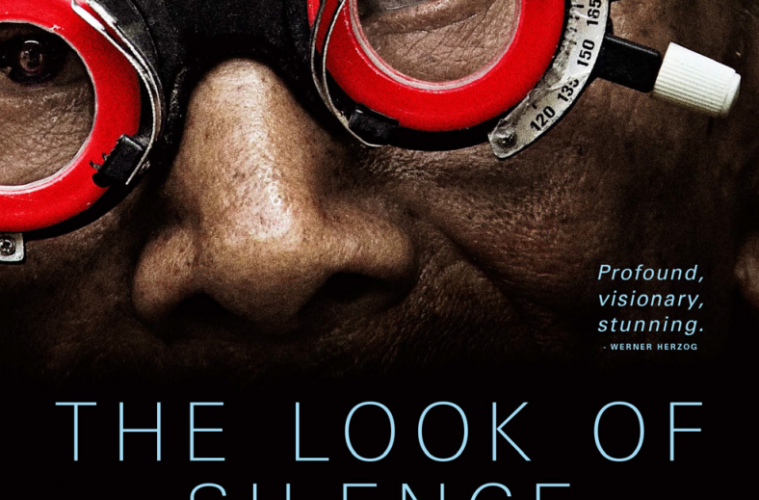 First Clip From ‘The Act of Killing’ Follow-Up ‘The Look of Silence,’ Arriving Next Summer Set to premiere at Venice Film Festival before stopping by TIFF and NYFF, Joshua Oppenheimer‘s follow-up to The Act of Killing is arriving sooner than an expected. A companion piece of sorts to his last documentary, we recently named it one of our most-anticipated films of the fall festival slate, and now the first footage and poster have arrived.

After exploring the mass killings by Indonesian death-squad leaders in the 1960’s, this new feature focus on a family that confronts the man who murdered their son. The project was recently picked up by Drafthouse Films and Participant Media, who plan to give it a release in the summer of 2015. Check out the clip below, revealing a mother who must confront her son’s killer, and see a synopsis, poster, and director’s statement following.

Through Joshua Oppenheimer’s work filming perpetrators of the Indonesian genocide, a family of survivors discovers how their son was murdered and the identity of the men who killed him. The youngest brother is determined to break the spell of silence and fear under which the survivors live, and so confronts the men responsible for his brother’s murder – something unimaginable in a country where killers remain in power. The Act of Killing exposed the consequences for all of us when we build our everyday reality on terror and lies. The Look of Silence explores what it is like to be a survivor in such a reality. Making any film about survivors of genocide is to walk into a minefield of clichés, most of which serve to create a heroic (if not saintly) protagonist with whom we can identify, thereby offering the false reassurance that, in the moral catastrophe of atrocity, we are nothing like perpetrators. But presenting survivors as saintly in order to reassure ourselves that we are good is to use survivors to deceive ourselves. It is an insult to survivors’ experience, and does nothing to help us understand what it means to survive atrocity, what it means to live a life shattered by mass violence, and to be silenced by terror. To navigate this minefield of clichés, we have had to explore silence itself.

The result, The Look of Silence, is, I hope, a poem about a silence borne of terror – a poem about the necessity of breaking that silence, but also about the trauma that comes when silence is broken. Maybe the film is a monument to silence – a reminder that although we want to move on, look away and think of other things, nothing will make whole what has been broken. Nothing will wake the dead. We must stop, acknowledge lives destroyed, strain to listen to the silence that follows. The Act of Killing premieres at Venice and screens at TIFF and NYFF before arriving next summer.