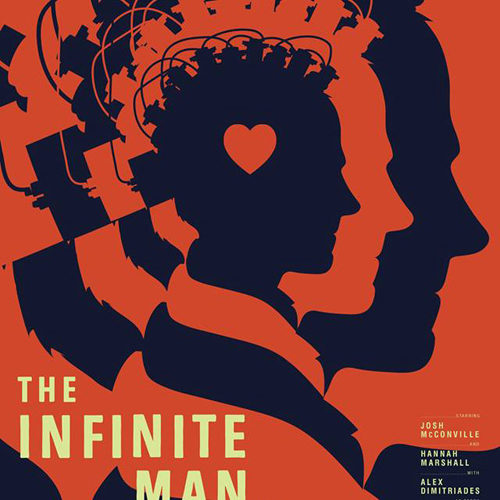 There are some great science fiction films that deal with time travel in a way blockbusters like The Terminator simply cannot due to scale and want for mass appeal. To fans of that series a movie like Primer may be too technically oppressive and intellectual while Timecrimes too dark and finite. Well, Australian Hugh Sullivan looks to change these preconceptions by combining Shane Carruth’s impeccable plotting and Nacho Vigalondo’s expert visual repetition in a genre the casual moviegoer can embrace: romantic comedy. In fact the clichéd tropes of ex-boyfriends, jealousy, sexual prowess, and missed connections lend themselves so perfectly to time travel that The Infinite Man‘s pratfalls seem natural and familiar. Chaos escalates, the number of doubles increase, and Dean (Josh McConville) ultimately realizes he’s been his own worst enemy in love the entire time. This is one instance where knowing little about the cast of characters is a brilliant artistic choice. Our entire experience comes solely from emotional insecurities and stereotypical attributes specifically crafted to help propel the plot into the subtle humor and thought-provoking quandaries it hopes to travel towards. Dean himself is an anxious nerd who speaks about his office as though it’s some high-end research and development company utilizing the newest breakthroughs in scientific achievement to therefore provide him a playground with which to invent a looping memory machine theoretically capable of elongating his and girlfriend Lana’s (Hannah Marshall) orgasms. She in turn loves him implicitly but would also enjoy some spontaneity to counteract his constant need for approval and infuriating penchant to perpetually redo everything that’s ever been successful for their stagnant duo in the past.

Before they can try these new electrode-heavy, wired caps for sexual pleasure, however, Lana’s ex Terry (Alex Dimitriades) arrives at the deserted—closed for business—motel they’ve chosen as an anniversary spot to win her back. Dean attempts a show of strength, gets knocked unconscious for his trouble, and awakens to Lana’s disembodied voice talking about leaving him once and for all. Saddened and defeated he tells her to go with Terry and never speak to him again, running away in a huff to sit with thoughts that ultimately lead to a yearlong retooling of his device into a time machine. So, on the anniversary of their break-up, Dean calls Lana for one more chance to set things right. But as soon as they go back to the beginning of the film, “right” starts to look impossible.

In Dean’s mind all he must do is force Terry away so Dean and Lana 1.0 can finish the romantic weekend planned and live happily ever after. Unfortunately for him, doing so makes it possible for him to encounter her old self and she to encounter his. And if that’s not enough a third Dean shows up declaring he’s discovered the way to reset everything and win the girl in the process. Like any smartly constructed time loop, however, in order for Dean 3.0 to be telling the truth, 2.0 must become him and ensure every detail remains intact. This is more difficult than any iteration of Dean or ourselves can guess as each memory we’ve constructed of events that have already occurred quickly becomes skewed. The butterfly effect doesn’t therefore change the future, it infers upon the past.

This is how Sullivan is able to sustain his runtime in one locale with only three actors: nothing we’ve seen is ever exactly as it seems. We begin to watch events from different vantage points to comprehend the truth as Dean’s myriad attempts to make things better cause them to spiral out of control. And just when he thinks he’s figured out the answer, another possible paradox presents itself in his mind and causes him to create one more ripple. By the end each version of their characters isn’t even the version they’re supposed to be thanks to an elaborate back and forth that must have taken Sullivan hours to close off in a way that makes sense in its confusion. I do believe he succeeds too because the loops all appear to advance to a point of self-containment.

Just as the science fiction proves airtight, though, so does the film’s tone. McConville’s performance is like a cross between Lee Pace in Pushing Daisies and Martin Freeman in The Office with The Infinite Man on the whole recalling that latter show in humor and romance. Dimitriades is over-the-top chauvinistic buffoonery at its finest with deadpan line deliveries between each too-cool drag on his cigarette. And Marshall is fantastic as the straight man throughout, providing the control for our entry into the absurdity. She goes along with everything because she loves Dean, but even that isn’t enough after we discover how long she’s been engaged in his pipedream for a fantastical happy ending that’s transformed into nightmare. Sullivan must ensure that any success on Dean’s part is earned—the gimmick as much the couple’s demise as salvation.

For a film like this, however, the best praise necessary is exclaiming how it begs for multiple viewings. I can’t wait to revisit the sci-fi and work my way through what at first blush appears foolproof; watching scenes I know aren’t quite what they seem and discovering whether they play both ways. McConville and Marshall’s romance works on the surface too so even if you don’t quite get the time travel ramifications, you still have something to enjoy. Heck, Dimitriades’ Terry provides enough comic relief to get a few laughs in by the end himself. It all adds up to a memorable debut that’s rightfully making the international rounds—the Fantasia Film Festival is its Canadian premiere—so Sullivan’s name can get passed around and hopefully spark a long, creative, and fruitful career.

The Infinite Man is screening at Fantasia Film Festival.