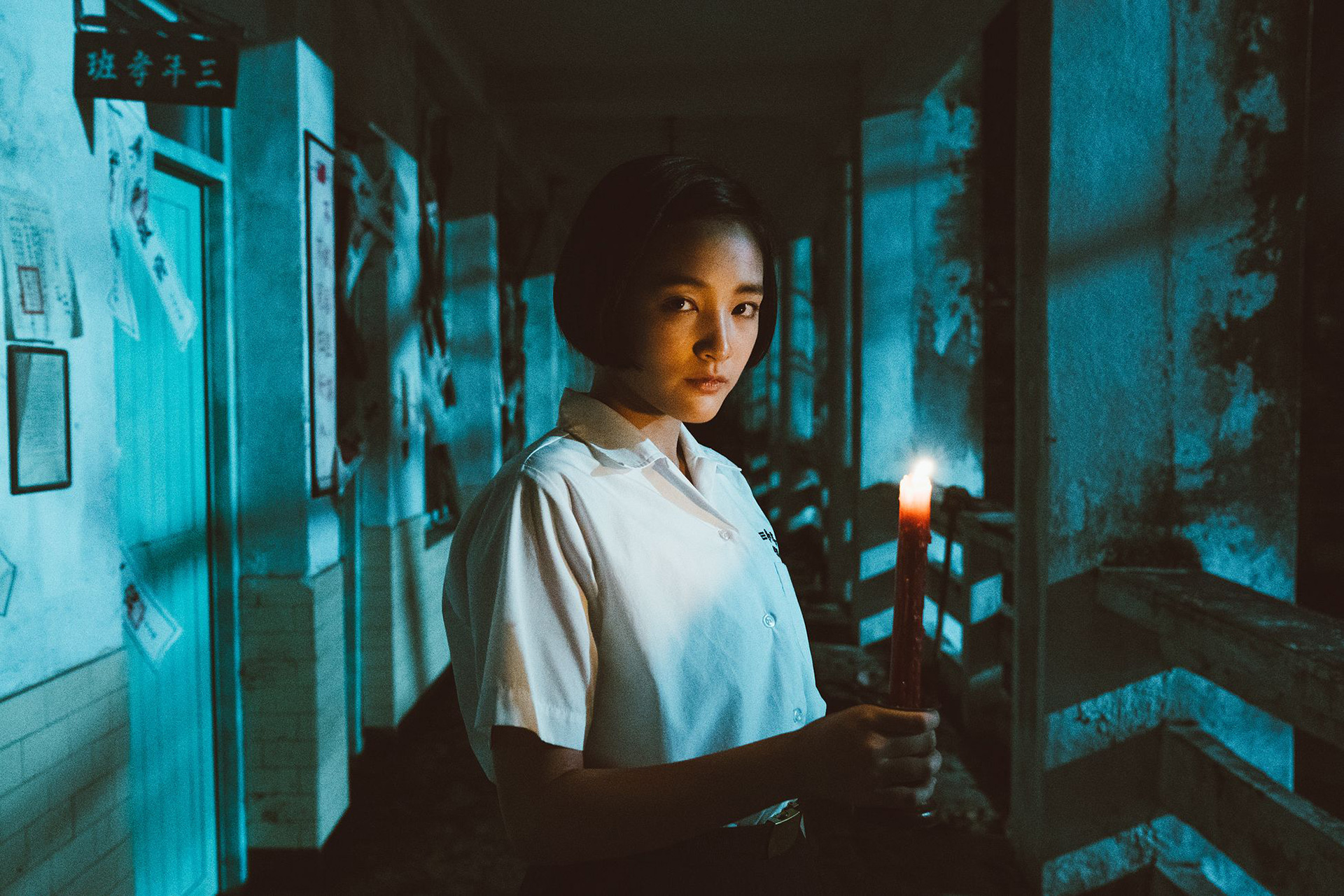 As a subversive poem (according to the Chinese Nationalist Party that ruled Taiwan under martial law during the period known as the White Terror from 1947 until 1987) read by Miss Yin (Cecilia Choi) to the members of her and Mr. Chang’s (Meng-Po Fu) underground high school book club relates: a tree’s roots never ask to be repaid by the fruit that blooms as a result of their effort. It’s a succinctly beautiful metaphor for the education system and its liberal teachers doing all they can to ensure the next generation graduates with a full awareness of the problematic history surrounding them. Rather than facilitate the creation of future oppressors, those like Yin and Chang seek to cultivate free thinkers who will always refuse to blindly accept authoritarianism.

That it comes from the cinematic adaptation of a Taiwanese videogame entitled Detention shouldn’t surprise anyone aware of how powerful art can prove regardless of the stigma its medium carries. Director John Hsu and his co-writers Shih-Keng Chien and Lyra Fu looked beyond the scares and atmosphere of this horror property to see the message at its center about the survivor’s guilt that’s all but assured in the aftermath of such a repressive nightmare that saw around 140,000 dissidents imprisoned with almost three percent of that number executed. Whether you survived because of sheer luck, were saved because you served as an informant, or were spared to bear witness, the psychological scars are undeniable. And the pain wrought from their existence lives on with each night’s sleep.

Both Wei (Jing-Hua Tseng) and Fang (Gingle Wang) know this truth all too well as they awaken from slumber within an unrecognizable version of their school. He’s searching for Miss Yin. She’s searching for Mr. Chang. And there’s no way out once they discover the road back to town has been overtaken by a moat of tumultuous rapids. It’s as though the place has been abandoned for decades and yet they were just in class earlier that day … or at least it felt as though they were. Neither can actually recall what happened before they woke or why they fell asleep. It’s only after watching a tall, lanky “lingered” doling out capital punishment via burlap sack and snapped necks that they realize they might still be dreaming.

The many comparisons to Pan’s Labyrinth and Silent Hill are apt as its metaphorical historical trauma and veiled aesthetic are perfect segues to each respectively. Night has befallen the school rather than an ashy fog and the “lingered” is less a manifestation of something physical as it is the idea of an executioner following the whims of Inspector Bai (Hung Chang Chu). And it’s the audience that comes and goes from the real world to this nightmare—not the teens. Moments bathed in light are but recollections of what dragged them into the darkness and the latter’s horror is a prison of their fears. It’s not that they can’t remember. They’re merely too afraid to let themselves do it since the memories hurt worse than monsters ever could.

How could they not? These are kids being asked to protect a way of life they’ve never actually experienced thanks to a totalitarian regime demanding they fall in line. The burden they carry as Yin and Chang’s secret pupils is an intense one because they’re too young to comprehend the consequences of getting caught. What they’re doing doesn’t warrant a slap on the wrist. It’s life or death. And while the adults are fully cognizant of that risk and willing to sacrifice their last breath for the hope that their students will one day be free, the children are more impressionable than complicit. They embrace the attention and the ability to foster creativity, but do they have the maturity to keep it sacred once jealousies enter the equation?

That’s when we begin to see the crushes unfolding: Wei pining over Fang and Fang pining over Mr. Chang. Add an abusive relationship that descends into the murky waters of using the current regime as an answer to one’s prayers and it’s not crazy to imagine a child following suit within a situation much less dire against a target that’s definitely less deserving. It’s what we’re seeing in America today as our own teens hear a dog-whistled call to arms to protect something they don’t understand beyond the reductive rhetoric of a callous president who promises to have their interests in mind. You want to be safe? Earn it. The moment you unwrap what it was you did, however, is the moment it begins to haunt you forever.

What we see on-screen is the purgatorial wasteland of that decision. This is a self-enforced detention by the characters’ own souls because of what happened as a result of innocent mistakes. What does “innocent” mean in a situation like this, though? How many bodies left in the wake of your actions can you endure before it’s too much? The answer should be one and it should subsequently spark a final question: how will you make amends? So while a lot of Detention is steeped in anguish and anxiety, the terror induced by those emotions becomes the pathway back into the light. For Fang and Wei to remember what they did is the first step towards accepting fault and consciously working towards redemption—even if it takes an eternity.