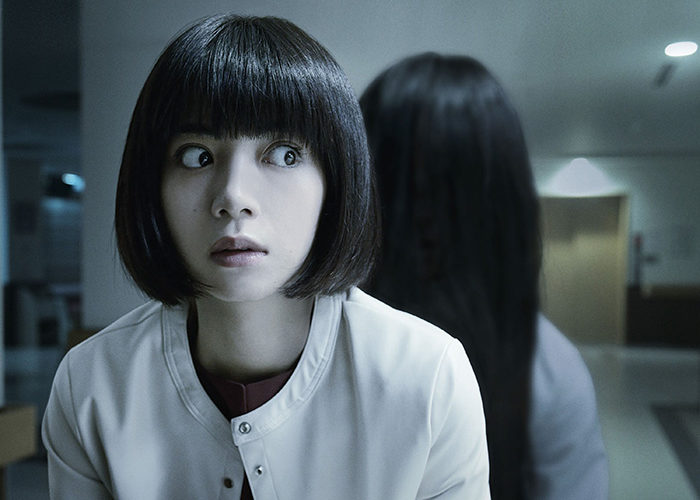 It’s time for genre lovers to converge on Montreal for one of the best film festivals, pound for pound, in North America: Fantasia International Film Festival. With over 130 features from all across the globe (world premieres, North American premieres, Canadian premieres, retro classics, and more), their 23rd year of fun has something for everyone.

Twenty years after Fantasia debuted Ringu to North American audiences, director Hideo Nakata returns to the franchise’s iconic character for an Opening Night celebration (July 11) with his latest J-horror Sadako. Combine that with a Special Screening of Fox Searchlight’s Ready or Not (July 27) and Closing Night film Promare (August 1) for a trio of hotly-anticipated films spanning the entire three-week event.

Fill out the rest of your schedule with a stellar line-up including the Imogen Poots and Jesse Eisenberg-starring Vivarium, the world premiere of Hirotaka Adachi’s Stare, an advance screening of Abner Pastoll’s A Good Woman Is Hard to Find, Gabriela Amaral Almeida’s sophomore effort The Father’s Shadow, and actress Kim Yoon-seok’s directorial debut Another Child.

And for those of you looking to experience your favorites on the big screen, Fantasia’s collection of restorations and 35/16mm screenings have a lot to offer. There’s Vinegar Syndrome’s 2K release of Muscha’s Decoder (1984), Severin Films’ pristine 2K print of Sisworo Gautama Putra’s Satan’s Slave (1982), and Third Window Films’ 2K copy of Makoto Tezuka’s Legend of the Stardust Brothers (1981). The Shaw Brothers’ The Boxer’s of Omen (1983) and Ringo Lam’s Full Contact (1992) arrive on 35mm amongst others. Be one of the first to experience the presentation of Fantasia’s inaugural Canadian Trailblazer Award too as director Ted Kotcheff receives the honor. Come for the ceremony (July 28) and stay for a screening of his The Apprenticeship of Duddy Kravitz (1974). The festival is also showing Kotcheff’s First Blood on 35mm the day before (July 27).

We’ve already seen a bunch of other film selections at earlier festivals too. Here’s a quick rundown of some highlights: “The Art of Self-Defense proves to be a twisted comedy with hidden depths that gravitates at times between tenderness and restrained silliness. With a muted palette shot by cinematographer Michael Ragen (re-teaming after Faults), Stearns embraces droll humor and violence creating a subversive universe that works within its own established logic.” – John Fink (review)

“I anticipate some will scold Freaks for what occasionally feels like a light-hearted tone despite an overall darkly severe truth shrouded from view, but they’d be mistaken. You have to remember that everything is (more or less) seen via a child’s perspective. So you need that sense of embellishment to really dig deep into her psyche.” – Jared Mobarak (review) “From frame one Jessica Forever moves at a stylistically measured pace with voiceover taking us through slow shifting pans and purposefully composed static shots to present a clinical look at the characters within. There’s an oddly quiet strain of surrealism that takes hold of the imagery to share metaphor, give pain physical form, and unleash dark premonitions of impending carnage.” – Jared Mobarak (review)

“That [Foulkes is] able to so deftly concoct a mix of wildly different tone, from fanciful whimsy to downright traumatic (and make it all go down with a light touch) is quite a feat to pull off. With modern melodies infused into François Tétaz’s playful score and a colorful agility from cinematographer Stefan Duscio (Upgrade), the film has a briskness that may have one leaving with more of a shrug than wrestling with the ideas it presents. But in crafting an entertaining puppet show come to life, Foulkes has a promising directorial career ahead of her.” – Jordan Raup (review) “For anyone curious—and perhaps as a helpful guide to fellow wimps like myself—it’s worth noting here that Hereditary is definitively scarier than The Lodge, but I’d argue that actually works in the latter’s favor. Once the film wrestles itself from the confines of its spiritual predecessor, The Lodge is able to chew on some truly mind-bending ambiguities that kept me guessing—suspended in relatively effective tension—on what was actually happening, and that’s largely thanks to its hair-raising combination of creepy Christian audio cues, emphasis on disquieting sound design, and a twisty dissection of mental illness.” – Jake Howell (review) “As striking as certain images and stories are, the film admirably resists taking on the structure of a thriller until its final act. For a film with very high stakes in the form of nightly murders terrorizing a city, the narrative remains restrained and convoluted with a simultaneously too broad and too narrow a focus. Perhaps this film simply needed more time to find itself in the edit.” – John Fink (review)

“The sheer amount of style that writer/director Makoto Nagahisa shows off in We Are Little Zombies is impressive. Aesthetically, there is a lot going on here. Four children–Hikari, Ikuko, Ishi, and Takemura–meet and befriend each other in the days after they’ve all been orphaned. In their grief and confusion, they form a rock band. They call themselves “Little Zombies” in reference to their collective inability to show much sadness given the circumstance.” – Dan Mecca (review)

It’s all happening in Montreal, Quebec’s Concordia Hall Cinema, Cinémathèque québécoise, Cinéma du Musée, and McCord Museum. We’ll be sharing some reviews of premieres over the next few weeks, so please check back. For full schedule and information, visit their website.