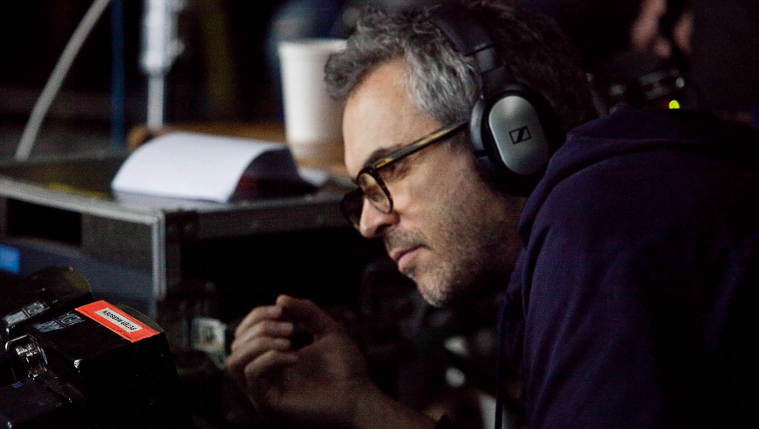 He’s worked on every Alfonso Cuarón film, except for Harry Potter and the Prisoner of Azkaban, and it looked like Emmanuel Lubezki would reteam with the director for his follow-up to Gravity, but it turns out that won’t be the case. The Children of Men director recently wrapped up production on his next drama, Roma, and we’ve got details both on his new cinematographer and the story.

It was previously known the small-scale drama chronicles a year in the life of a middle-class family in Mexico City in the early 1970s. In a press conference this week, as filming wrapped, the director announced the drama will feature a major setpiece depicting The Corpus Christi Massacre, in which student protesters were assaulted by paramilitary forces, with a death toll estimated to be around 50 people.

Cuarón also talked about his deep ties to the project, which incorporates many experiences from his childhood, saying, “[Guillermo del Toro] told me that certain movies are like a box of cereal with prize included, because when you’re a kid, you end it all up to know what you got. Gravity was for me that little toy and I made the decision to use it to go back to Mexico and make the film I had always dreamed of.” [via Filmeweb/The Playlist]

As for the cinematographer, Cuarón handled director of photography duties with Galo Olivares, who has been working on Mexican productions since the start of this decade. There’s rumors they shot the film in 70mm, too, but those have yet to be confirmed. As we await the first official trailer, we’ve gathered much of Olivares’ work, and it looks like Cuarón is in good hands. Check out his cinematography below, but first we have Charlie Rose’s talk with Cuarón, Guillermo del Toro, and Alejandro G. Iñárritu back in 2006, where the director discussed his intention to make Roma after Children of Men (around the 25-minute mark).