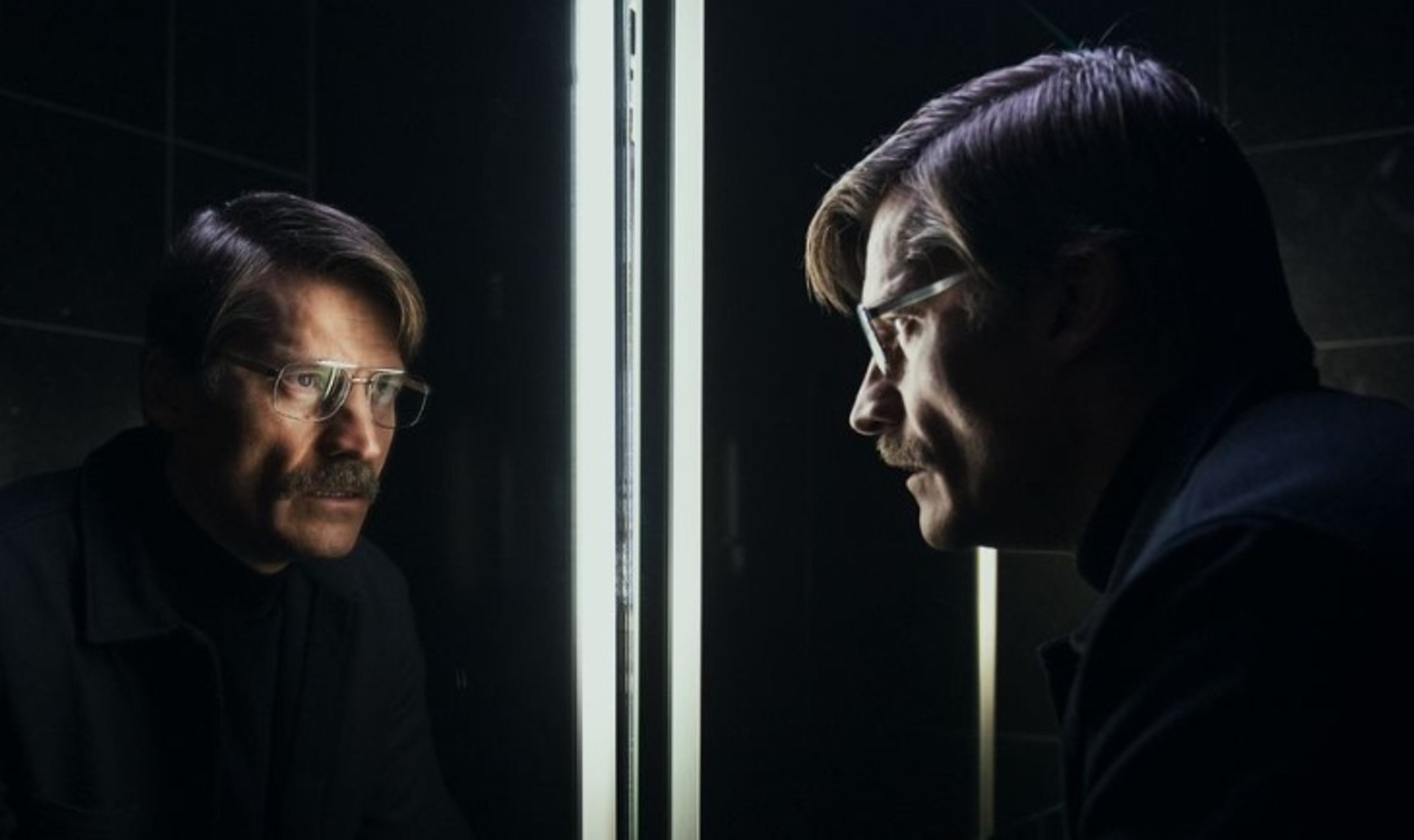 Max (Nikolaj Coster-Waldau) is an insurance adjuster who just told his latest client that her claim wouldn’t be approved since her husband’s six-month disappearance isn’t confirmation of death. It’s a revelation that leaves her distressed not because she won’t be getting the money, but because she’ll have to continue living with the possibility he might still be alive. She wishes for a body because it would provide answers. She wishes Max would sign-off on the plan anyway because doing so would supply a legal document declaring him dead that she can use to finally move on. The arrival of a videotaped suicide note is therefore received as a godsend. It’s the lead Max needs to open an investigation and officially discover the truth inside The Aurora’s euthanasia-themed hotel.

It’s an intriguing set-up for a suspense thriller where Max infiltrates the organization to figure out if Arthur (Anders Mossling) truly is deceased. Despite it being the hook manufactured by the trailer, synopsis, and 2018 Variety exclusive that announced Exit Plan to the world, however, it isn’t even remotely relevant to the finished product. My saying this isn’t a subjective interpretation of the film, but a reality I wholeheartedly embraced during its entire first half. While Max is an insurance salesman who does reject Alice Dinesen’s (Sonja Richter) claim, his decision to travel to The Aurora isn’t about doing his job. There isn’t even a line of dialogue pretending as much once we learn Max suffers from an inoperable brain tumor. He goes there to die himself.

Talk about a pleasant surprise. I went in expecting a generic plot-based thriller with Max knocking on doors for a mystery that risks his life and mostly received an emotionally introspective character drama about mortality and grief instead. Director Jonas Alexander Arnby and writer Rasmus Birch play with time, dream, and fear as scenes dissolve between past, present, and imagination with an abstract rhythm seeking to dive into Max’s subconscious and recognize his struggle to follow Arthur’s footsteps and leave without a trace. It’s too difficult to tell his wife (Tuva Novotny’s Lærke) that the tumor has gotten worse let alone relay his desire to commit suicide before his mind deteriorated to the point of leaving him a shell of his former self. Disappearing is Max’s only option.

For forty minutes we watch him cope with this choice while fantasizing about the alternatives. We witness his initial collapse at work, inability to tell Lærke, and failed opportunities to end his life at home (a sequences of events that conjures laughter thanks to the comedy of errors his ill-timed attempts at death provide). We see his pain when confronting how much his condition wears on his wife. We see the conviction in his actions that prove this isn’t a cry for help. That’s what The Aurora is for. Once you sign the contract, your death is assured. There’s no second-guessing or room for error. Max won’t be able to take the noose off his neck if someone knocks on the door because the hotel ensures nobody will.

Exit Plan inevitably gets quite confusing with Arnby shifting time and place. For example: Lærke’s presence means one of three things. We might be experiencing a memory of what was (a botched birthday dinner), a wish of what could be (Max telling her what he’s about to do), or a hallucination brought on by heavy opiates, psychological anguish, or a mixture of both. The more we move from one scene to the next, the less certain we are of what’s real. So when weird things begin occurring (Max going where he shouldn’t inside the hotel or reading literature that describes surreal notions well beyond assisted suicide and body disposal), we become excited at the prospect of what’s happening inside his head. And then everything falls apart.

Suddenly that misleading plot description re-enters out of nowhere. Max still isn’t trying to “solve” Arthur’s death, but he does start to find evidence Arthur was there. While this should (and does to an extent) impact his second thoughts on staying (regardless of the contract stipulating he must), it also forces the whole to shift gears and become a race against the clock that’s more about the hotel than the man we’ve invested in. You can’t just make the MacGuffin important at the eleventh hour and expect us to care. Frank (Jan Bijvoet) and his employees are unorthodox and very militant where it comes to what they offer, but making the final act a physical battle between Max and their establishment undercuts the nuanced drama that preceded it.

Arnby and Birch try to bring things back to the ambiguous dream it had been with their denouement, but the damage had already been done. Because I could no longer even try to guess what was real, I had to believe nothing was. And that severed every connection I had to Coster-Waldau’s performance, plight, and motivations. What had been an illusory look at his concrete feelings was now a full-blown illusion. So what then was the point of any of it? If you don’t let Dorothy return home from Oz to put what she learned into practice, the manifested adventure proves a meaningless triviality. All those interesting concepts that exist within the frame despite never truly being pushed into the light become absorbed back into the shadows.